We’re still about five days away, so the forecast is far from clear. However, both the GFS and European model forecasts that have come out this afternoon show a strong front arriving in Houston on Monday night or Tuesday morning.

This is not a stone cold lock. But it is the time of year when we would expect our first front to arrive, and the upper atmosphere is favorable for a low-pressure system to move into Texas early next week from the northwest. And, at least for now, the global forecast models show this front moving all the way into Houston (the GFS) or, even better, off into the Gulf of Mexico (the European model). 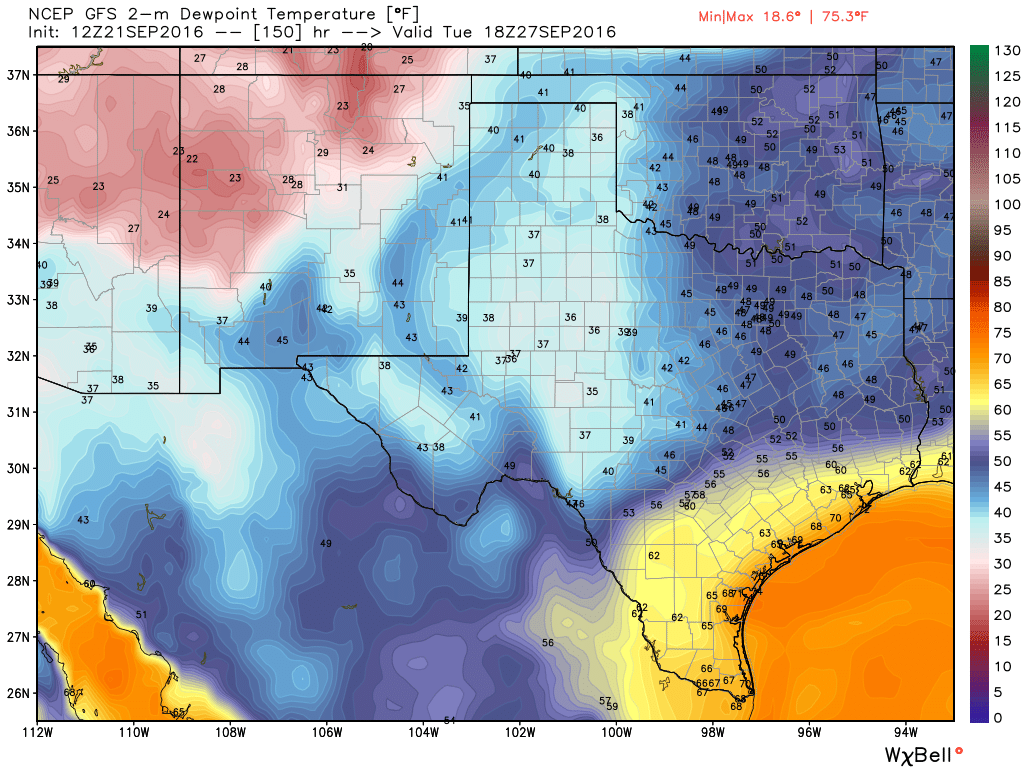 This dewpoint forecast for Tuesday morning from the GFS model shows the front pushing into Houston. (Weather Bell)

If this happens we might expect Tuesday and Wednesday of next week to have highs of about 80 degrees, with overnight lows in the upper 50s or lower 60s. What is our confidence on the front making it through? Right now we think there is a better than 50 percent chance of the front doing so, but again, there is no guarantee. The primary concern remains that the front might stall before reaching the coast, keeping the cooler and drier air north of Houston, and we’re not going to know for sure whether that happens for a least another day or two.

I’ve asked Emo Geo for his thoughts, and here’s an update from him regarding today’s developments:

Posted by Eric at 2pm CT on Wednesday

7 thoughts on “About that possible cold front next week…”