Good morning. The cold front watch continues for Houston, but alas there’s still no certainty about what lies ahead. One thing we can have some confidence in is a return to a more rainy, unsettled pattern this weekend.

With some moisture returning to the area we can expect to see some isolated to scattered showers later today, along with still very warm temperatures in the low 90s. Very summer-like.

More moisture will flow in off the Gulf of Mexico, and at the same time the ridge of high pressure that pushed temperatures up this week is going to move off, opening up the possibility of more widespread showers and thunderstorms. I’m not expecting anything too intense, and most areas will probably see a few tenths of an inch of rain, or less. Highs will be around 90 degrees, under partly sunny skies, with lows in the upper 70s.

A large trough of low pressure, along with a cold front at the surface, is going to move into Texas on Sunday (west Texas) and Monday (most of the rest of the state). With moisture still flowing into the state from the Gulf of Mexico, this front could generate a lot of rain—perhaps as much as 10 inches for some areas along the I-35 corridor (heads up, Dallas), or just to the west of it. 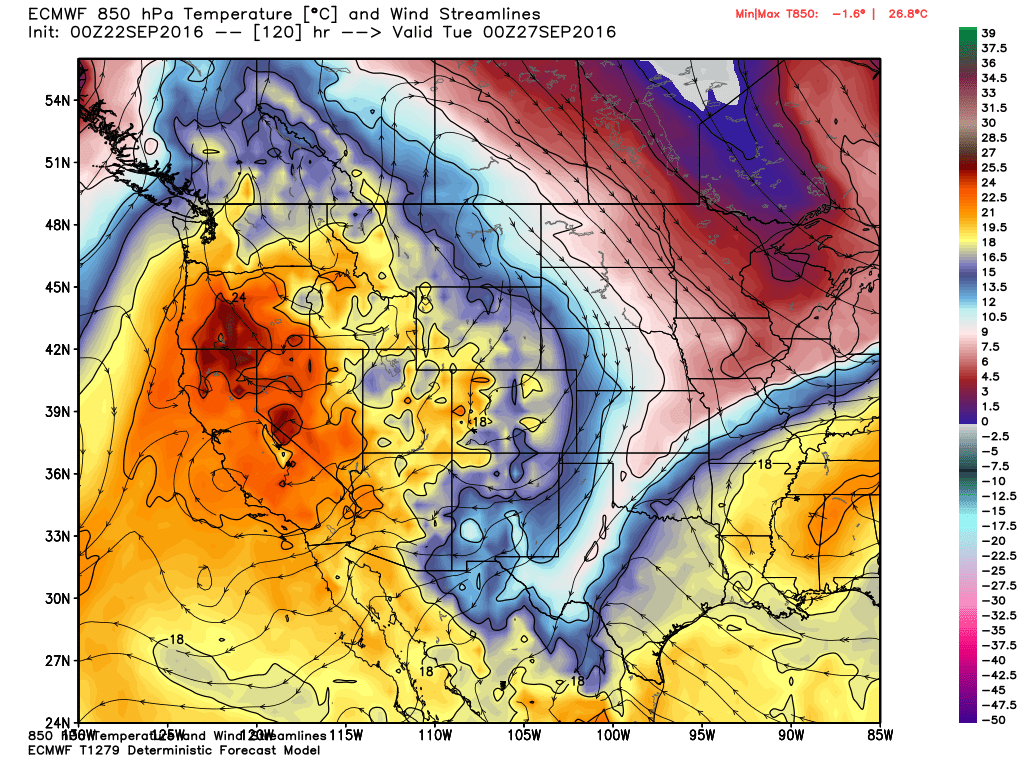 The European model’s depiction of the front’s location on Monday evening. (Weather Bell)

Ok, take a deep breath. We still don’t know whether the front is going to push all the way through Houston and off the Texas coast. Model forecasts continue to flop around with this possibility, and it’s possible we could see everything from slightly cooler weather (highs in the 80s, but nights still hanging around 70 degrees), to significantly cooler weather with lows dropping in the upper 50s everywhere but along the coast. The front’s passage is going to be close, folks, and I’m not ready to call it.

Regardless of whether the front makes it through, I think much of the Houston area will see an additional 1 to 3 inches of rain on Sunday and Monday, making for a wet pattern that should clear up by Tuesday.

2 thoughts on “Unsettled, uncertain weather ahead for Houston”