Temperatures are generally in the low 40s across Houston this morning, ranging from 41 degrees at Bush Intercontinental Airport to 45 in Galveston at 6:15am. If, when you step outside, you think, “Oh this feels a bit chilly,” you might pause for a moment to consider the Midwest. The following map shows “wind chill temperatures” for the region this morning, and some of them are nearly 100 degrees colder than the air temperature in Houston. For example, Chicago has an air temperature this morning of -22 degrees, but with westerly winds of about 20 mph, the wind chill at O’Hare Airport is -49 degrees. Parts of Minnesota are near -60 degrees. 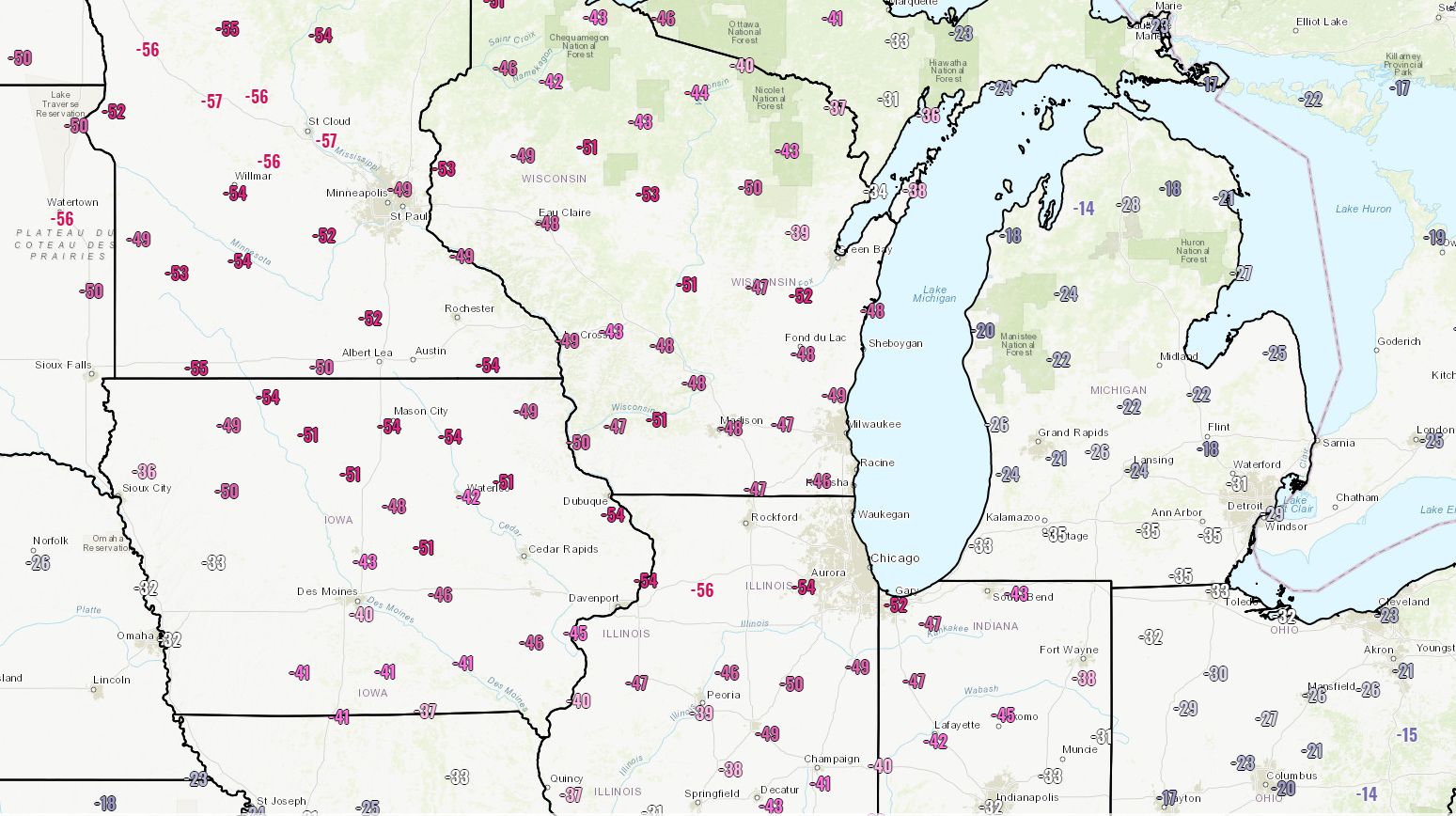 Today will be the last day that Houston sees long stretches of sunshine for awhile, before a warmer, grayer, and at times wetter pattern descends on the region. With partly sunny skies, we should see highs today climb into the mid-50s, and mostly cloudy skies tonight should keep lows in the mid- to upper-40s. After this, say bon voyage to winter for nearly a week.

As high pressure departs the area, we’re going to see low pressure move up the coast, and this could generate some rain showers. Rain chances will be best along the coast—about 40 percent both days—with slightly lesser chances inland. Accumulations should measure a few tenths of an inch for most areas. Skies will be mostly gray, but that won’t prevent highs from getting into the low 60s on Thursday and upper 60s on Friday. Overnight lows by Friday night won’t fall much below 60 as this warmer, more humid air mass settles in.

So how does the weekend look? Not great. Again, we’re not expecting any kind of a washout, but under this pattern of moist air and a moderately disturbed upper atmosphere we’re going to see lots of cloudy skies. Those 30 to 40 percent rain chances will persist through the weekend. Accumulations from Thursday through the weekend still should remain under 1 inch for pretty much everyone, so this is mostly nuisance rainfall.

Highs will continue their steady march upward, reaching the 70s this weekend, with nights in the 60s expect for far inland areas. If you’re desperate for sunshine, we may see some breaks in the clouds on Sunday. 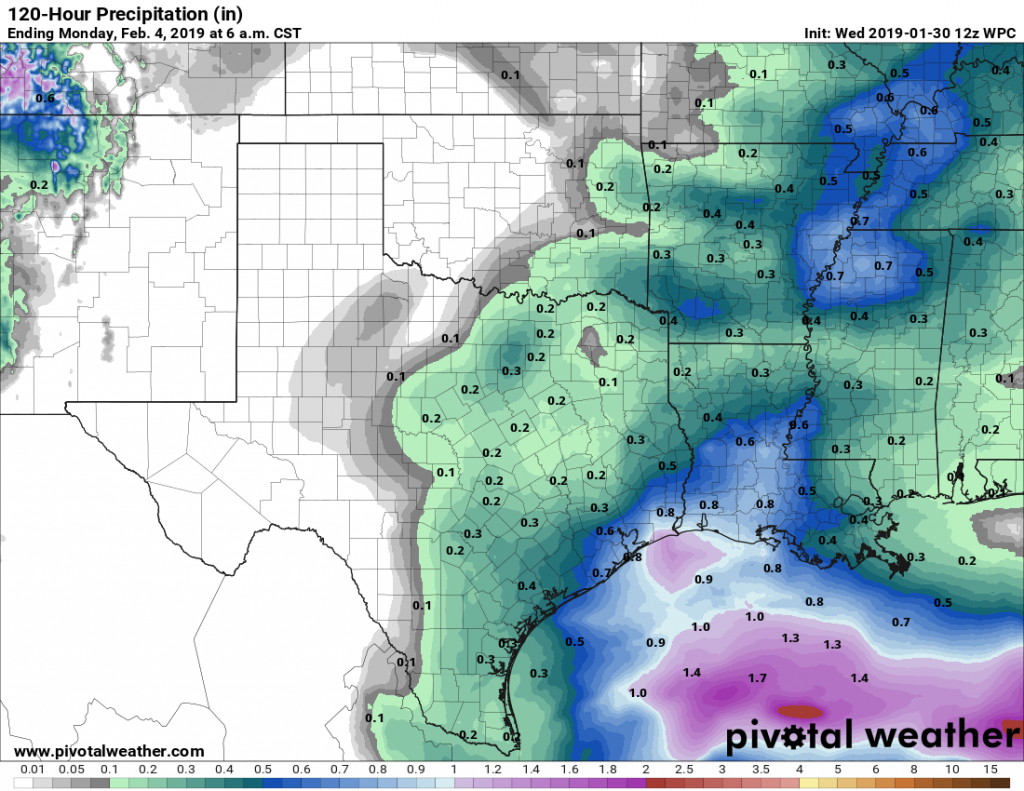 This warm, wet, and mostly gray pattern will continue through Tuesday or Wednesday of next week before a strong-ish cold front snaps us back into winter-like weather. Right now it looks like lows will probably be in the 35 to 45 degree range in the wake of the front, with the city remaining above freezing. But there’s still a lot of time for that to change.