January comes to an end today, and overall it has been a more or less typical winter month. Temperatures are going to end within a few tenths of a degree of normal, and rainfall totals will for the most part be slightly above normal. February, however, will start on a much warmer note—with spring-like days and much warmer nights. Winter won’t return until about a week from now. 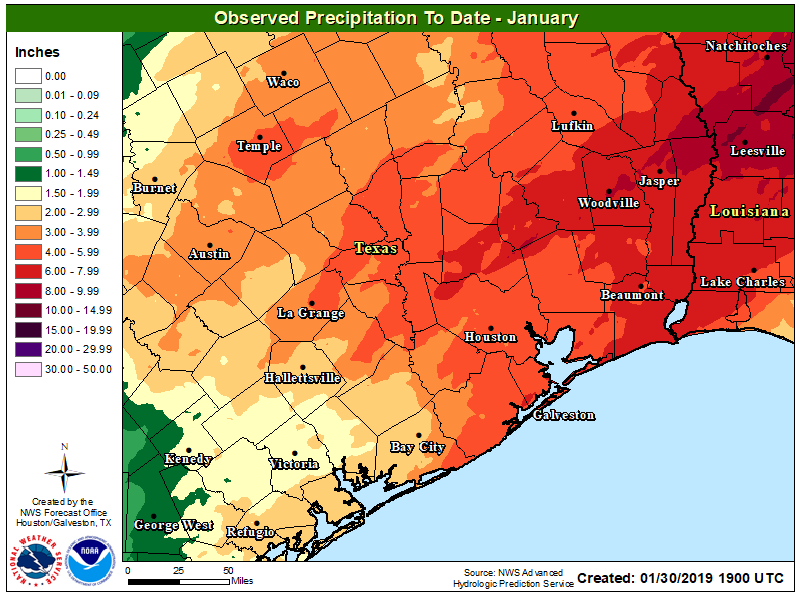 Most of the Houston area received 3 to 6 inches of rain this month. About 4 inches is normal for January. (National Weather Service)

In addition to warmer weather, we’re now going to return to a wetter pattern without high pressure to shut rain chances down. Today, especially, should see some healthy rain potential as low pressure moves up the Texas coast. Chances will be best to the southwest of Houston, near Matagorda Bay, but coastal areas of the Houston region will also see a solid 50 to 70 percent chance of rain, with lesser possibilities inland later today. Accumulations should only be a few tenths of an inch. Cloudy skies should keep highs to about 60 degrees, with lows tonight only falling a few days off of daytime highs.

Rains likely won’t be quite so widespread on Friday and Saturday, but we’re still looking at 30 to 50 percent coverage of showers for both days, and mostly cloudy skies, as the atmosphere remains somewhat unsettled. Highs both days should be in the upper 60s to around 70 degrees, limited only by cloud cover. Lows may not get below 60 for some areas, especially on Saturday night.

The rains we’re talking about should, for the most part, be light to moderate. We don’t anticipate heavier rains that could lead to temporary flooding. In fact, accumulations for pretty much everyone should be below 1 inch through early next week.

This has a chance to be a nicer day, with the potential for some breaks in the clouds and rain chances falling back to 20 or 30 percent as air pressures rise a little bit. Highs will likely climb into the low 70s as some sunshine peeks into the area. Lows will be in the 60s—which is normally the high temperature in early February. 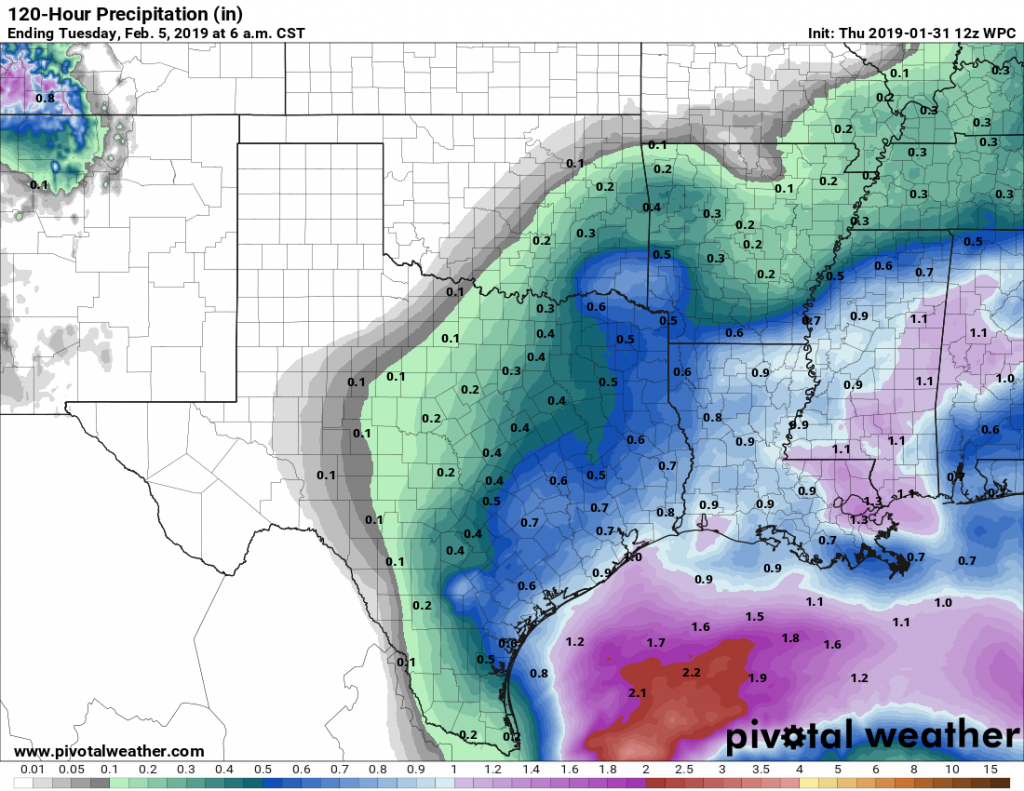 Look for more of the same, with highs in the 70s, lows in the 60s, and 30 to 40 percent rain chances holding through Wednesday. Later Wednesday or Thursday, it appears likely that a cold front will finally move through and bring highs back into the 50s, and lows into the 30s and 40s. We will probably see the sun again, too!