Good morning. The northern hemisphere experiences its earliest vernal equinox in more than a century today—the Sun will cross the equator heading north at 10:49pm CT tonight. Of course Houston has seen spring-like weather for awhile now, and the biggest weather question we have is rainfall. It has generally been a dry start to 2020 for the region, and as a result a moderate drought has emerged for the region. The map below shows “departure from normal” rainfall since around Thanksgiving of last year, and most of Houston is 6 to 8 inches drier than normal during this period. 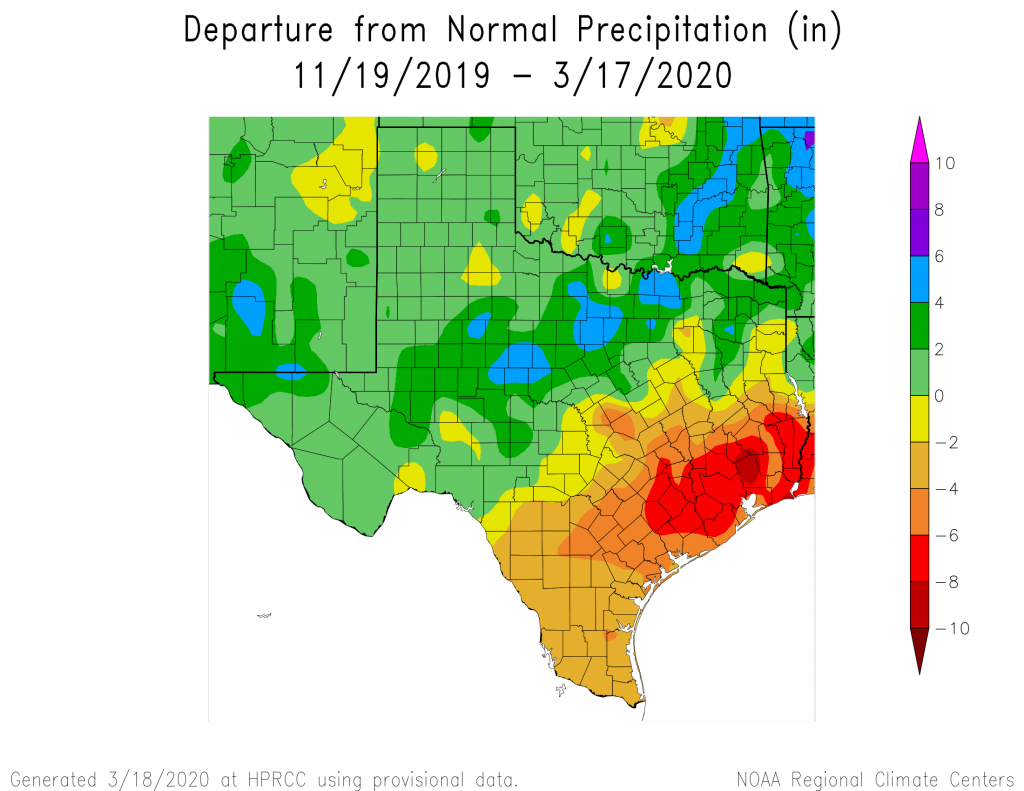 Departure from normal precipitation over the last 120 days. (UNL)

The good news is that we’re increasingly confident that much of the region, and especially many of the driest areas surrounding Houston, will receive rainfall through this weekend. So let’s get into the forecast.

Today will be like much of what we’ve experienced this week—warm with a mix of clouds and sunshine as high temperatures nudge up into the low 80s. Winds will be gusty out of the south again today, likely pushing up to around 20 mph. Some light rain will be possible during the overnight hours, as lows only fall to around 70 degrees.

Friday morning will begin like much of the rest of this week, quite warm and humid. But around sunrise, showers should form ahead of a cold front north and west of Houston, and push into the city during the pre-noon hours. Rainfall accumulations for most areas north of Interstate 10 should be around 1 inch, with less toward the coast. Some heavy rain is possible, so a few inland areas could see in excess of 2 inches, but the storms should die out during the evening hours as the front pushes through the region. Lows Friday night should drop into the upper 50s for most except the coast.

The first half of the weekend should see scattered showers, but mostly we think things will be cloudy and cooler, with highs in the upper 60s. The front that pushed off the coast Friday night will return pretty quickly on Saturday, so lows Saturday night probably will only fall to around 60 degrees.

As the front pushes back inland, the moist air will combine with a series of atmospheric disturbances to produce widespread showers beginning Saturday night and running through most of Sunday. This should be a chance for the coast to get some rainfall, and all told from Friday through Sunday I think most of the region will see 0.5 to 2.5 inches of rainfall. This won’t be enough to flood, but will help keep the region’s soils moist. 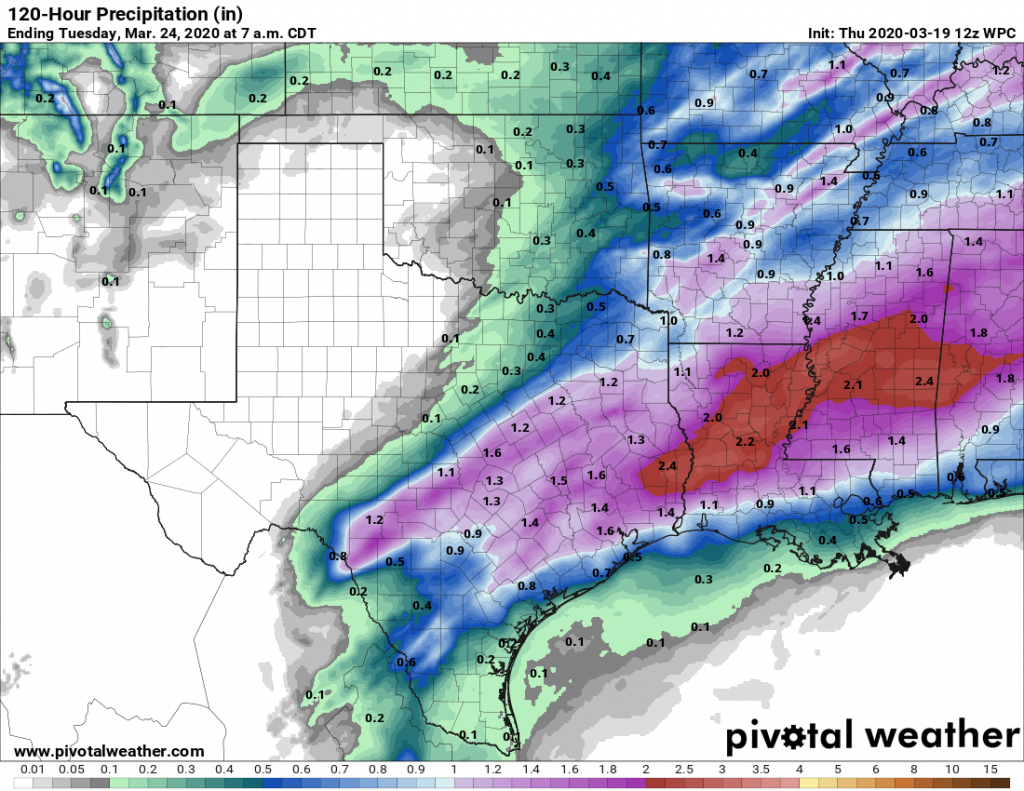 The forecast models are pretty consistent in bringing warm weather back for most of next week, with highs in the 80s and nights in the 60s. Rain chances go back to near zero until next weekend, when some kind of front may arrive. I have no confidence in those details, however.