This week continues to deliver a messy forecast for Houston, as a cold front pushes through the region today, and the potential for some more thunderstorms later this afternoon and evening when upper level winds favor the development of some fast-moving showers. This rainy pattern continues through Sunday, after which time we might finally see some clearing skies with a significant cooldown.

The aforementioned cold front is hung up in the city, such that temperatures in The Woodlands, Tomball, and Katy are only in the upper 40s this morning, while areas like League City, Seabrook, and Clear Lake are in the mid-60s with high humidity and fog. 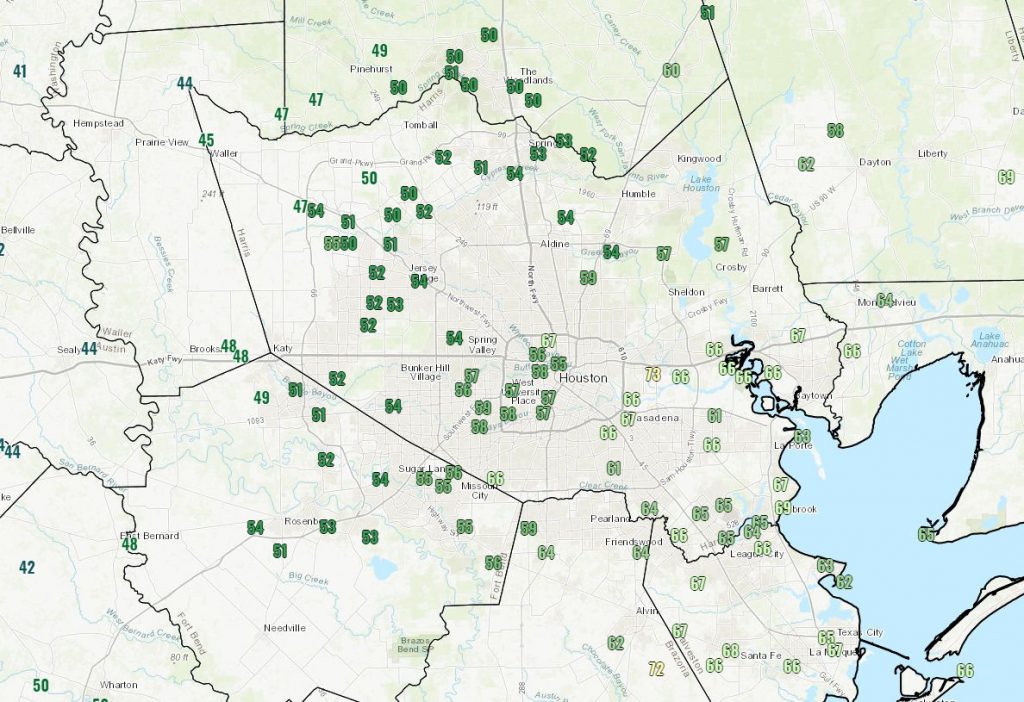 Houston temperatures at 6:45am CT on Thursday. (National Weather Service)

This front should slowly slog down toward the coast this morning, helping to clear fog and dropping temperatures. Alas, this is a shallow front, so we’ll still see mostly cloudy skies. Moreover, a feature known as a jet streak, which is part of the jet stream where there are stronger winds, will transition over the region later this afternoon. This lift will bring an elevated risk of showers and thunderstorms from around noon to sunset. Accumulations likely will be only a few tenths of an inch of rain, but some small hail is possible.

I’d expect any storms that develop this afternoon to hopefully die down around 6pm, so rain chances going into the rodeo will likely be only around 20 percent. But it will be chilly, with temperatures in the low 50s, and a moderate northerly breeze. Post-show temperatures will probably be around 50 degrees, with only a 10 percent chance of rain.

As Thursday’s front, which should stall just offshore, moves back inland we’ll see temperatures quickly recover to around 70 degrees on Friday, with fog in the morning and humidity. At least rainfall chances are relatively low, probably below 20 percent.

This will be a warm, gray, and humid day for early March. Without any strong forcing, rain chances will be only 20 or 30 percent, but strong warm air advection will allow temperatures to push into the upper 70s or even 80 degrees depending on how broken the cloud deck becomes during the afternoon. And you might think spring is coming … until a strong front on Sunday snaps us solidly back into winter.

After a warm night Saturday, the front will push through sometime on Sunday, probably around noon, although there remains some uncertainty. It will be noticeably colder behind the front, with temperatures likely falling into the 50s during the afternoon. Some clouds will linger on Sunday and Monday, with an ongoing chance for some light rain. 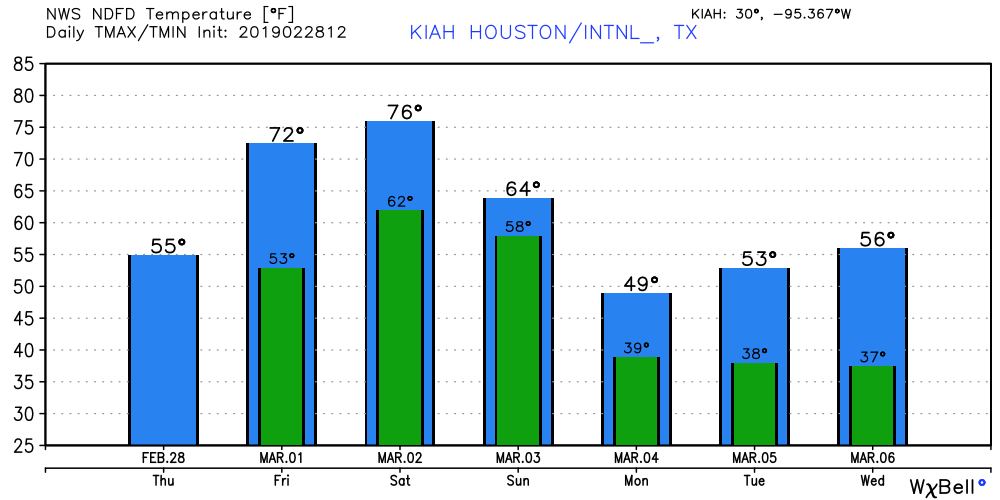 However, a secondary push of colder air should dry out the entire atmosphere by Tuesday, leading to some clearer and sunny weather. It will also be cold, with highs in the 50s, and lows in the 30s for most of Houston, although temperatures should remain above freezing for most of the region.

6 thoughts on “Huge temperature difference across Houston amid stalling front”