The tale of this Texas winter has yet to be fully told—for the purposes of this site, we’ll define winter as December through February, which is known as meteorological winter. But for the entirety of Texas temperatures have been warmer than normal, with much of the Houston metro area 4 to 6 Fahrenheit degrees above normal. NOAA’s climate outlook calls for about near-normal temperatures in February for the region. The bottom line: If you’ve thought this winter lacked oomph, you’re right. At this point the chance of another freeze in central Houston is probably less than 50-50, but we’re far from being able to say that definitively. 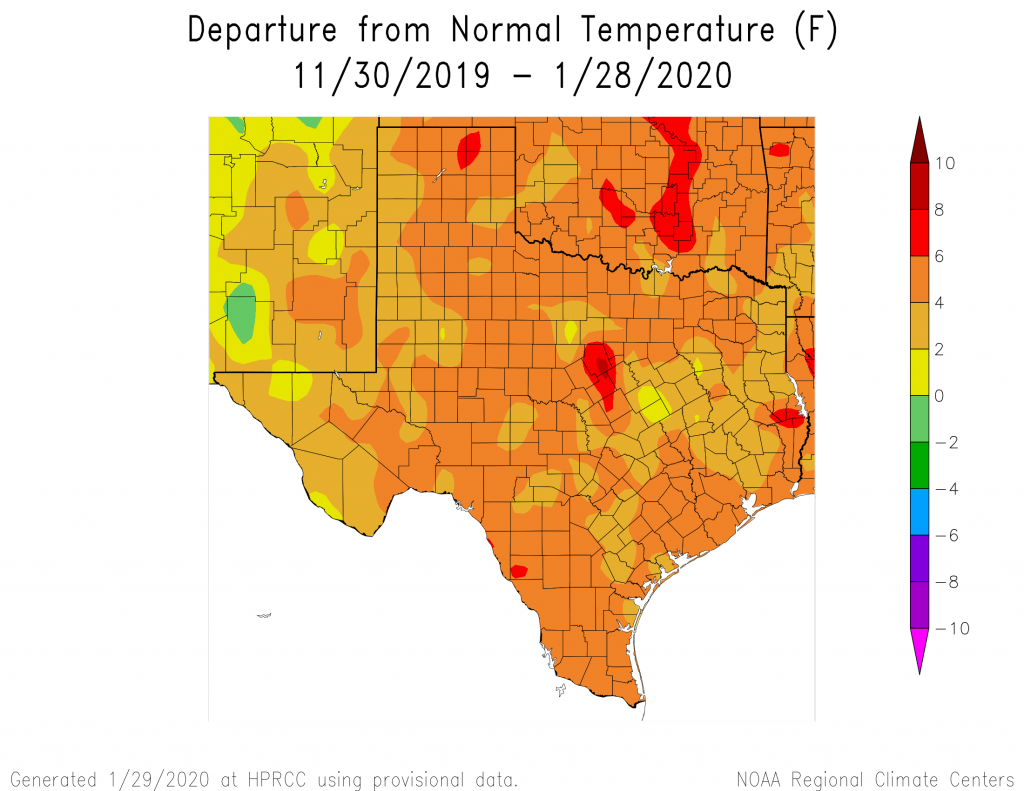 The departure from normal temperatures for Texas, for the last 60 days. (HPRCC)

Today will buck the trend of a warmer winter, as clouds and a northwest wind will conspire to keep highs generally in the mid- to upper 50s across the region. Some mostly (very) light and scattered rain showers will be possible today and Thursday night as temperatures drop into the upper 40s. Accumulations for those who receive rain today and tonight should be slight, mostly measuring one-tenth of an inch or less.

A reinforcing front arrives on Friday morning, which should keep highs in the 50s, and help lead to some clearing of skies during the afternoon hours. Friday night will be chilly, dropping into the upper 30s for northern parts of the metro area, while remaining in the 40s in the city and points south.

The first half of the weekend should start out mostly sunny for everyone, but I’d expect at least a few clouds to develop for the southern half of the region by the afternoon hours. Still, it should be a fine day with highs in the mid-60s, and light winds from the north. Lows Saturday night will drop into the 40s for most. 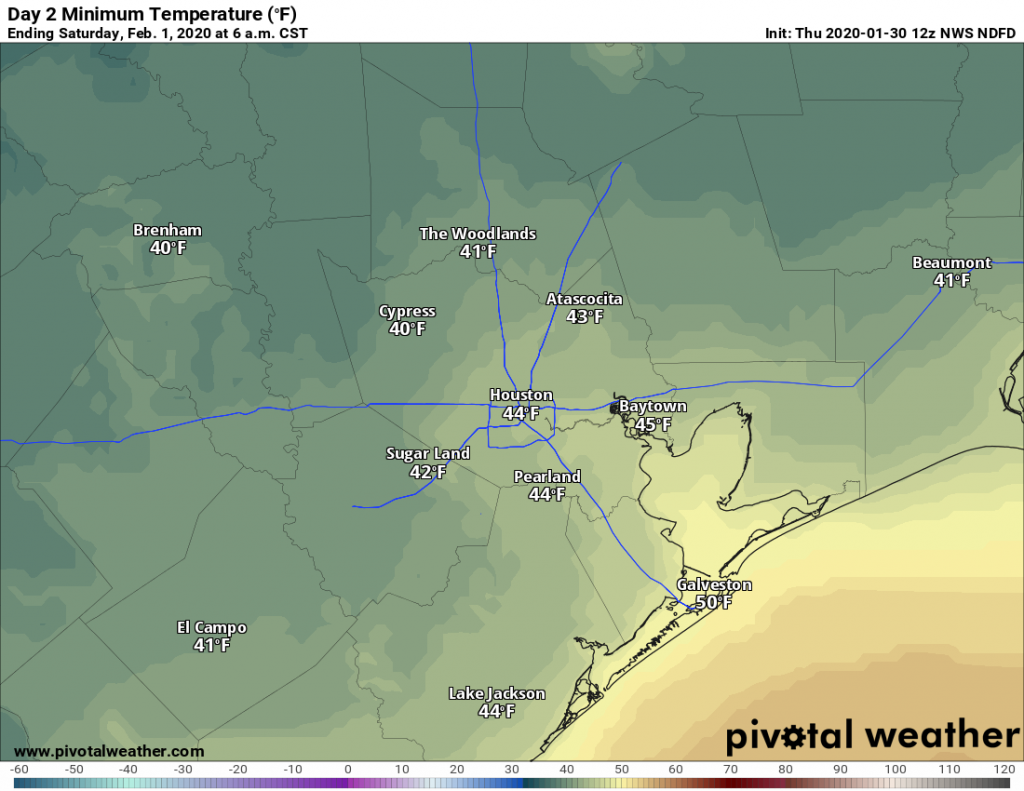 The first half of Sunday should be sunny as well, but by the afternoon, along with the development of more southerly winds, we’ll see clouds push into the area. Temperatures will be quite pleasant, with highs of around 70 degrees. Lows Sunday night will likely only fall into the 50s given the cloud cover.

Rain chances return to start the week, with a couple of upper-level systems working their way through Texas toward Houston. These should be warm days, in the 70s, with perhaps 30 to 40 percent chances of rain. The next cold front should arrive around Tuesday evening or during the overnight hours to bring colder weather for the rest of next week. I’m thinking highs in the 60s with lows mostly in the 40s. Probably a fair amount of sunshine, too.

One thought on “It’s been a warm winter, but Thursday bucks that trend”