Some parts of the greater Houston region received heavy showers on Wednesday, with several readers reporting upwards of 3 inches of rainfall in an hour. Other areas within the metro area saw no rain at all, just distant lightning. Rain coverage should back off a little bit today and Friday before more widespread showers likely return this weekend. As moisture moves into the Gulf, this pattern should continue. 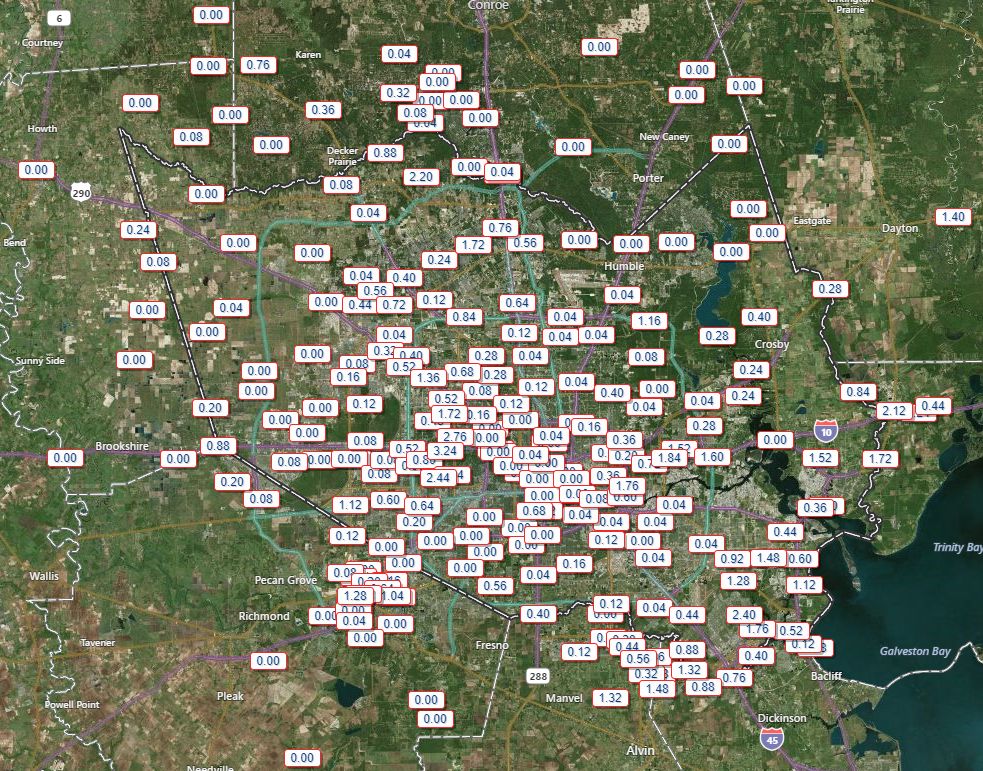 Some slightly drier air has moved into the atmosphere, and this may help dampen—oops, wrong word there, I should probably say reduce—shower chances for the next two days. That is not to say it won’t rain, but rather that instead of 50 to 60 percent rain chances, it probably will be more like 30 to 40 percent, with the lower likelihoods inland, and slightly better chances near the coast. Highs will depend on local conditions, but will probably range from 90 to 95 degrees.

By Saturday, the pattern will begin to shift toward wetter weather again, a the upper air pattern again favors the movement of more moisture into the Texas coast. Saturday doesn’t appear to be too waterlogged at this point, and it should be at least partly sunny. However, especially during the afternoon hours, there probably will be a healthy amount of showers and thunderstorms popping up across the Houston area. Highs in the low 90s.

The second half of the holiday weekend looks wetter still, as moisture levels really ramp up. Again, we don’t have any significant flooding concerns, but I expect the Houston area to generally pick up 0.5 to 1.5 inches of rain this weekend, with higher local amounts. Clouds will probably be more the rule than sunshine, and this will limit highs from the upper 80s to lower 90s. Plan outdoor activities with eyes wide open—that rain showers may never be too far away.

It appears this on-and-off again wet (and slightly cooler than normal) pattern will persist through most of next week.

There are a couple of things to discuss. One, expect a vigorous hurricane to form over the next few days in the far eastern Atlantic Ocean. With luck, this storm system won’t threaten any landmasses, and it certainly is no threat to the Gulf of Mexico. 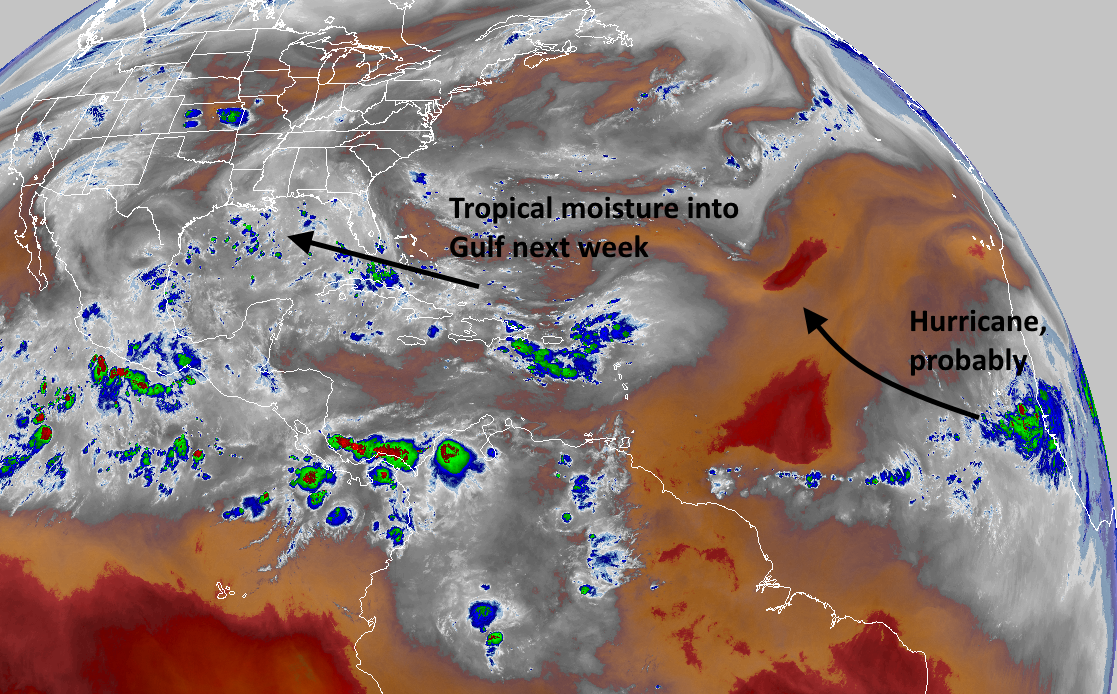 Closer to home, the forecast models continue to indicate a surge in tropical moisture moving into the Gulf of Mexico during the second half of next week, from east to west. There is relatively little support in the global models for this to develop into a strong tropical storm or hurricane, but this being that time of year, we’re going to still watch things closely.

7 thoughts on “Lots of moisture in store for Texas, but no specific threats”