Good morning! Matt here, in for Eric who is getting in a light jog this morning.

Good luck to him, as he runs the virtual Houston Marathon! Best of luck to all our readers that will be participating as well (and congratulations to those that have already wrapped it up). We’ve got some very nice weather yet to come.

We should see ample sunshine through the day today, with just a little patchy fog in spots dissipating this morning. The cold front mentioned above will push through the area probably around late afternoon or early evening. I don’t think you’re going to notice much more than a wind shift and some clouds as it passes. Winds may get a little gusty in the wake of the front. Look for highs today in the 60s, possibly well into the 60s in spots.

Tonight sees clear skies and breezy conditions with a northerly wind gusting up to 20-25 mph at the coast. 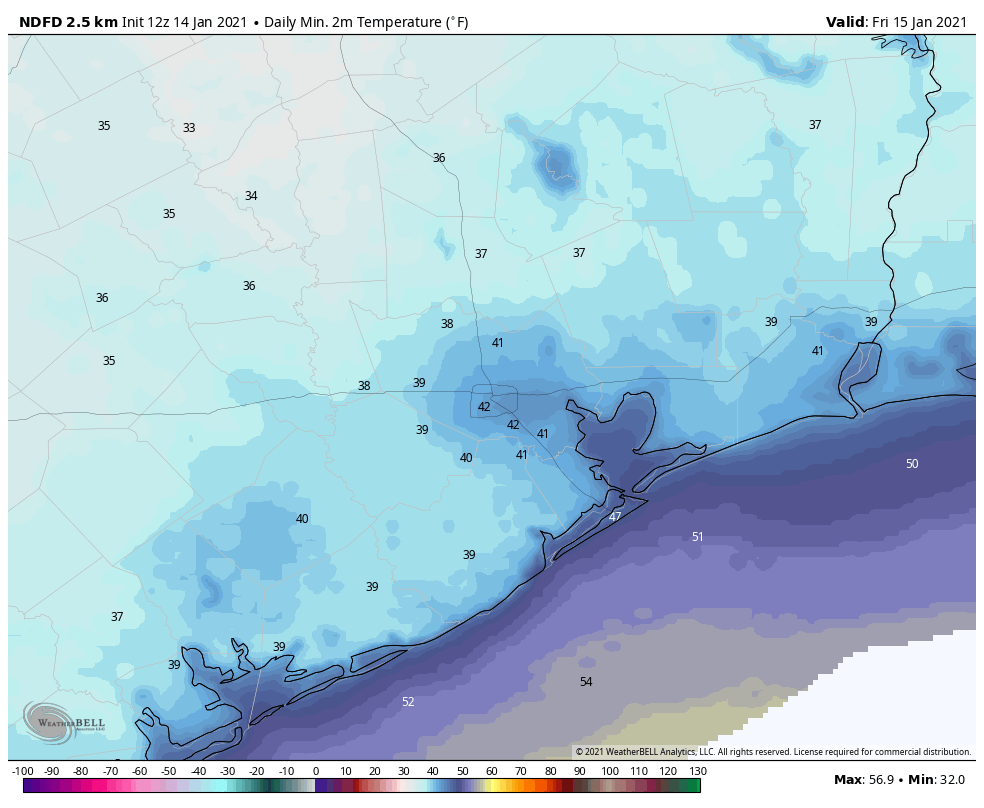 Tomorrow morning will be another chilly one with 30s and 40s area-wide. (NOAA via Weather Bell)

Temperatures will again be chilly, with lows near 40 degrees or in the 30s north and west of Houston to mid-40s in the city and near the coast.

Basically, the entire weekend looks sunny right now. There could be some lingering gusty winds on Friday, especially near the coast and Galveston Bay and a few high clouds on Sunday, but other than that, it will be blue and beautiful. Highs will range from the upper-50s to low-60s with lows in the 30s and 40s. About as nice as you could ask for in winter in Houston.

We would expect Monday to be an extension of the weekend with a good deal of sunshine. Temperature should increase somewhat, however, with highs in the mid-60s after morning lows in the 40s. Tuesday will see clouds begin to increase as we begin to get stronger onshore flow and warmer temperatures. Look for fog, clouds, haze, or showers and highs perhaps pushing 70 degrees after a morning in the 50s.

Tuesday’s onshore flow and increasing clouds heralds our next cold front. Look for that to cross around Thursday, give or take a day. Ahead of the front: Scattered showers and thunderstorms, some perhaps heavy. 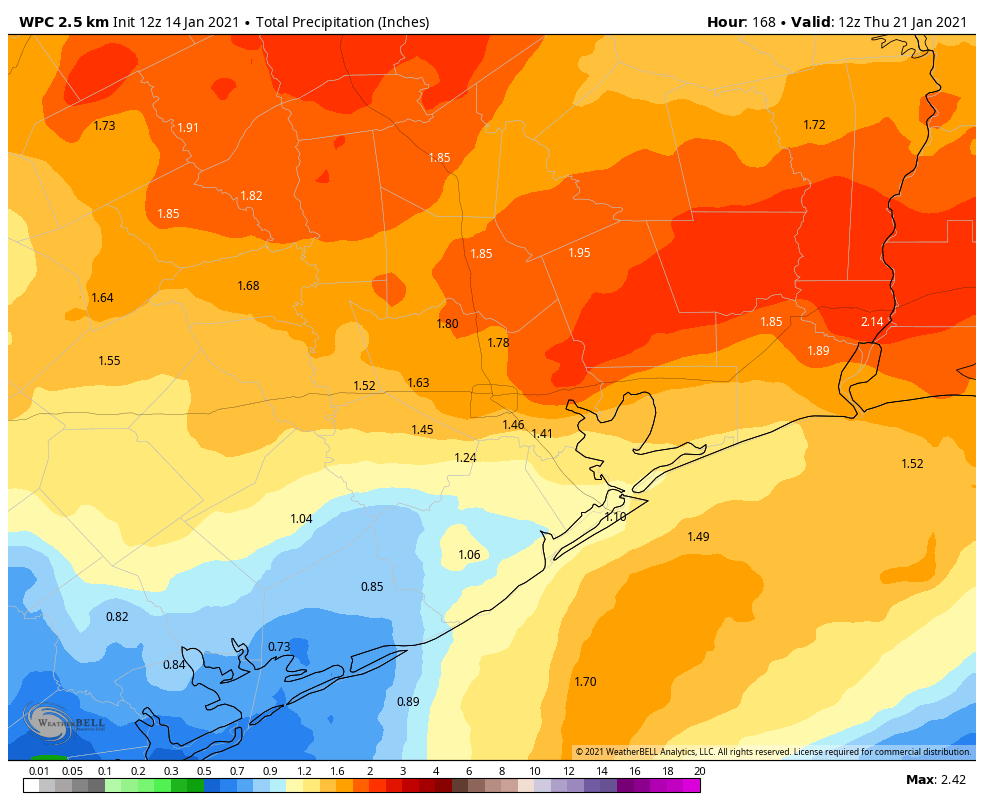 Rainfall expected through Thursday morning next week is 1 to 2 inches area-wide, with perhaps a little more after the period. (NOAA via Weather Bell)

The early indications point to about an inch or two of total rain from the showers and storms that will come ahead of and with Thursday’s front. But there’s a good deal of uncertainty on specifics in this timeframe, so watch for some changes as we get closer.