It’s been long day of storms for parts of the metro area—fortunately for Houston pretty much everything has now moved east toward Beaumont and Port Arthur, or (better) southeast into the Gulf of Mexico. Houston should (mostly) have a quiet night as storms fire to the east. Before getting to the forecast for the next few days, I wanted to share the following map of rainfall totals during the last 24 hours. It neatly illustrates the challenges of forecasting tropical precipitation along the upper Texas coast. 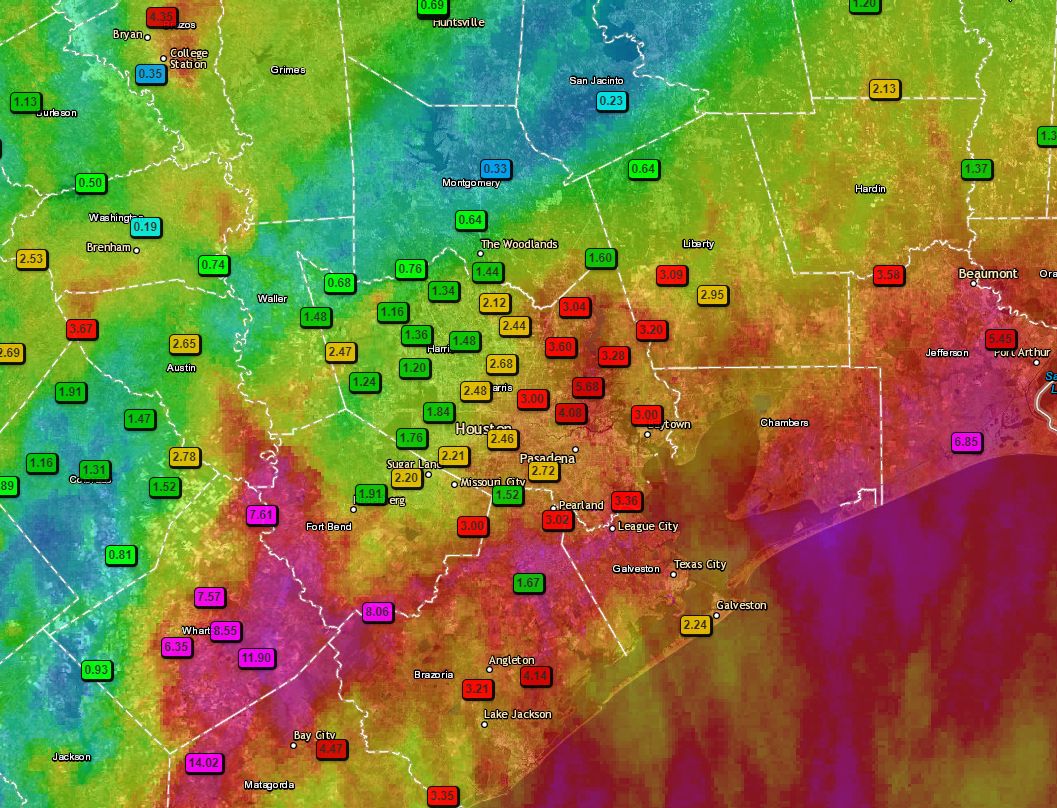 A few notes: We actually pinpointed the Matagorda region as a potential hotspot during the overnight hours, and they along with Wharton County certainly bore the brunt of heavy rainfall with 14+ inches in a few locations. An area near College Station also picked up 5 inches of rain, as did Port Arthur. Closer to Houston, the eastern half of Harris County got the worst of it on Wednesday. I would also like to point out that fewer than 100 miles separates Wharton, where a foot of rain fell, from Conroe, where one-third of an inch fell. Welcome to meteorology.

Before we get to high pressure and heat this weekend, we have a couple of more things to talk about. Foremost is the potential for severe weather on Thursday. NOAA’s Storm Prediction Center has highlighted an area west of Houston for “enhanced” storm activity as a complex of thunderstorms moves out of central Texas, east-southeast toward the Houston metro area. 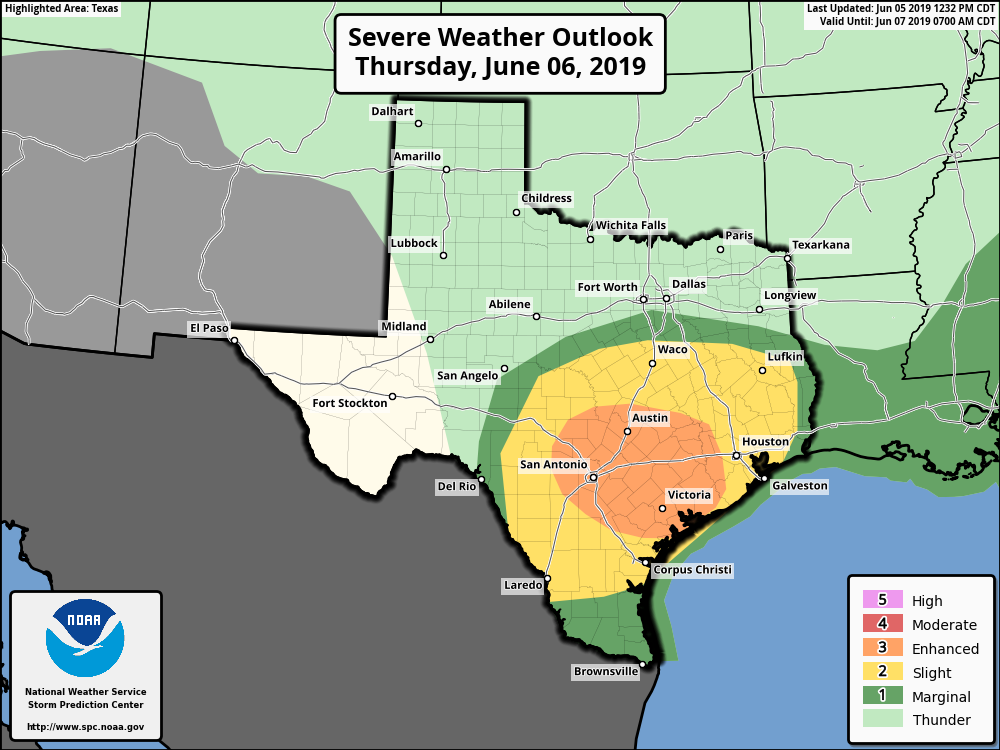 It appears as though these storms may lose some of their intensity as the approach the Houston metro area tomorrow afternoon or early evening, or become more scattered, but there is no guarantee. We definitely have some concerns about Wharton and Matagorda counties that were affected on Wednesday being hit by strong winds, severe thunderstorms and some more heavy rain. We’ll try to better pinpoint this forecast tomorrow morning.

On Friday, we’ll continue to see a chance of scattered showers and thunderstorms, but this is nothing we’re too concerned about right now.

8 thoughts on “Main threat of heavy rainfall over, but we have some Thursday concerns”