Temperatures during the first half of December were slightly cooler than normal, but looking ahead to most of the rest of the month it appears as though our weather will take a turn to become slightly warmer than normal. I don’t think we’ll see any weather above the low- to mid-70s, but both days and nights should for the most part be fairly moderate for the beginning of winter.

Temperatures this morning are in the low 50s for the most part—colder well inland, of course—and we’ll see a healthy warm-up today as winds have shifted to come out of the south or southwest. I’d expect highs today to push up into the mid-60s or near 70 degrees under partly to mostly sunny skies. Lows tonight will be similar to Sunday night, and as temperatures fall down toward the dewpoint temperature we could see some fog develop late Monday night and Tuesday morning. 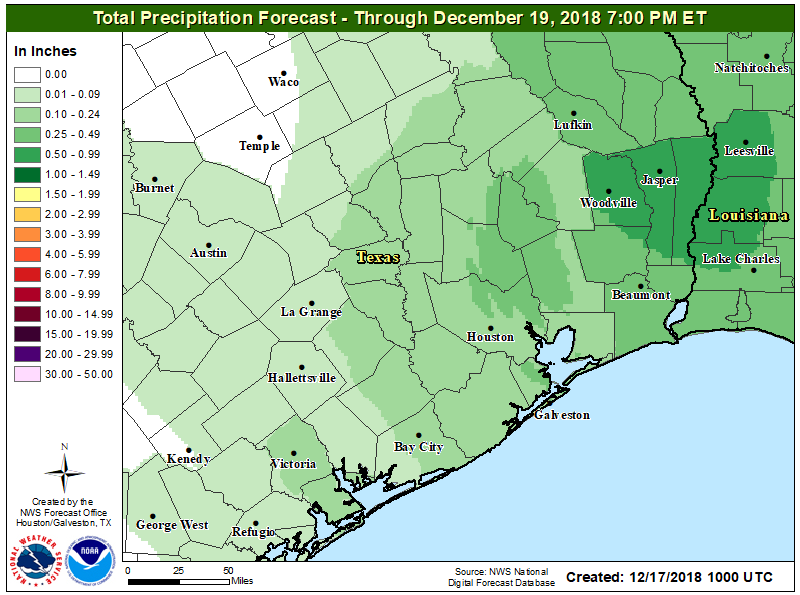 Highs on Tuesday will reach back into the upper 60s under partly to mostly cloudy skies, and moderately rising moisture levels will set the stage for rain showers Tuesday night. No models are really indicating the potential for heavy rain right now (and anticipated atmospheric moisture levels don’t really support that), so I think we’re probably looking at a few tenths of an inch of rain. Rain chances should slacken by Wednesday morning, and depending upon how much skies clear we could see highs of around 70 degrees with a sunny afternoon.

A cold front should move through Wednesday night, setting the stage for a breezy and cooler end of the week, with clear skies, highs in the low 60s, and overnight lows in the 40s.

The first half of the weekend looks much nicer than the second half, with sunny skies likely on Saturday, with highs of around 70 degrees. Sunday may see cloudier weather, with a slight chance of rain, as the onshore flow resumes. Sunday doesn’t look like a washout by any stretch of the imagination, it’s just that we can’t guarantee much sunshine. 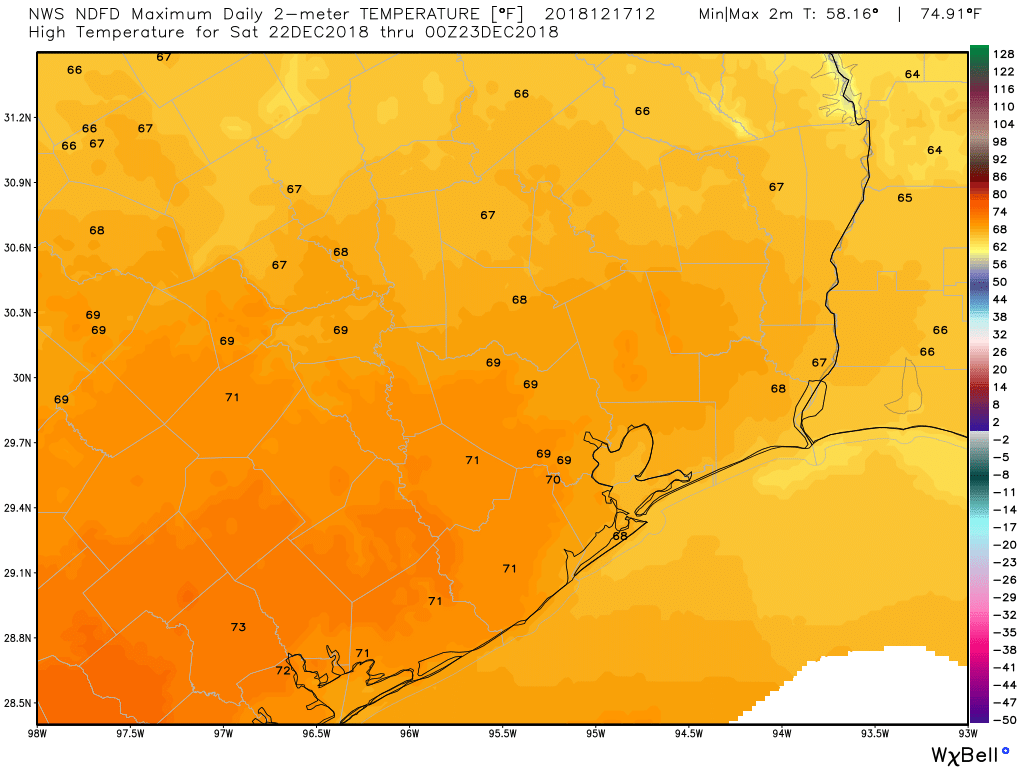 With partly to mostly sunny skies likely on Saturday, and these highs, it should be a nice-to-splendid day. (Weather Bell)

Looking ahead to early next week, we can have increasing confidence in Christmas Day weather. And if you’re hoping for clear and cold conditions, I’m afraid we’re going to disappoint you. With no strong fronts on the horizon, weather for Christmas Day will most likely see a high temperature in the 65 to 75 degree range, with partly to mostly cloudy skies, and the potential for some light rain. I guess you all have been naughty this year?!?