After the fog burns off, skies should become partly to mostly cloudy today, with highs in the mid-60s. Rains should hold off until at least sunset, and as high pressure moves off to the east we should see the development of some scattered, light showers to the west or southwest of Houston this evening. 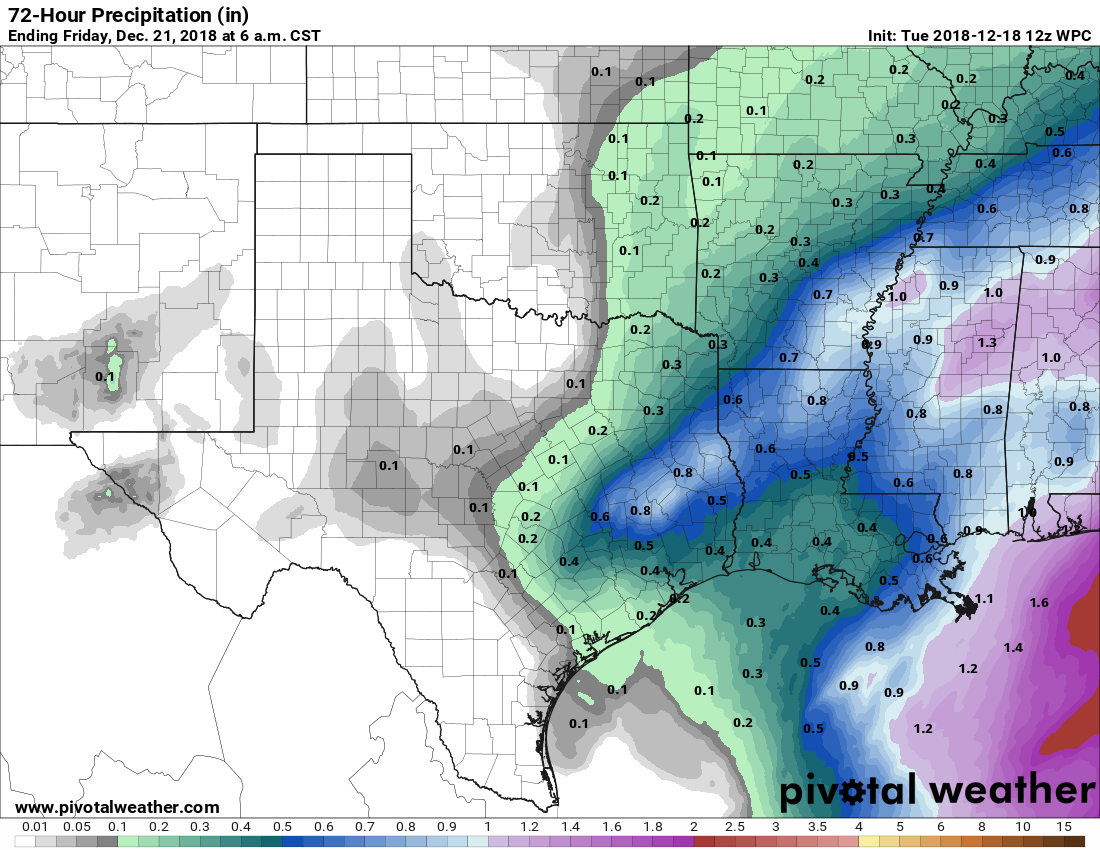 Lows tonight will only fall into the mid-50s, and we’re likely to see intermittent, scattered showers and thunderstorms during the overnight hours and through 10 or 11am on Wednesday. As for accumulations, for now the models aren’t showing anything too extreme. Accumulations of a few tenths of an inch seem most likely near the coast and in Houston, with one-half inch or perhaps a bit more for inland areas. Skies will remain mostly cloudy on Wednesday afternoon as a cold front nears the area, with highs probably pushing into the mid- to upper-60s.

After the cold front pushes all the way through later on Wednesday night or early Thursday, Thursday itself should be a cool, and breezy affair, with highs probably around 60 degrees and winds gusting up to 25 or even 30mph. Skies should be sunny. Thursday night should be the coldest of the week, with lows getting down into the mid-40s in Houston—colder inland, a bit warmer near the coast.

A really nice day, with sunny skies and highs in the low- to mid-60s.

The first half of the week looks splendid, with sunny skies, mostly dry air, and highs near 70. Sunday looks alright, too, except skies will turn mostly cloudy, with a bit more humid air. Temperatures will depend on whether some reinforcing cold air makes it through, or not. I’d bet on upper-60s at this point.

The forecast for Christmas week isn’t locked in yet, and it starts with some uncertainty beginning later on Sunday. The models are split on whether that reinforcing cool front makes it through, or is kind of meh. 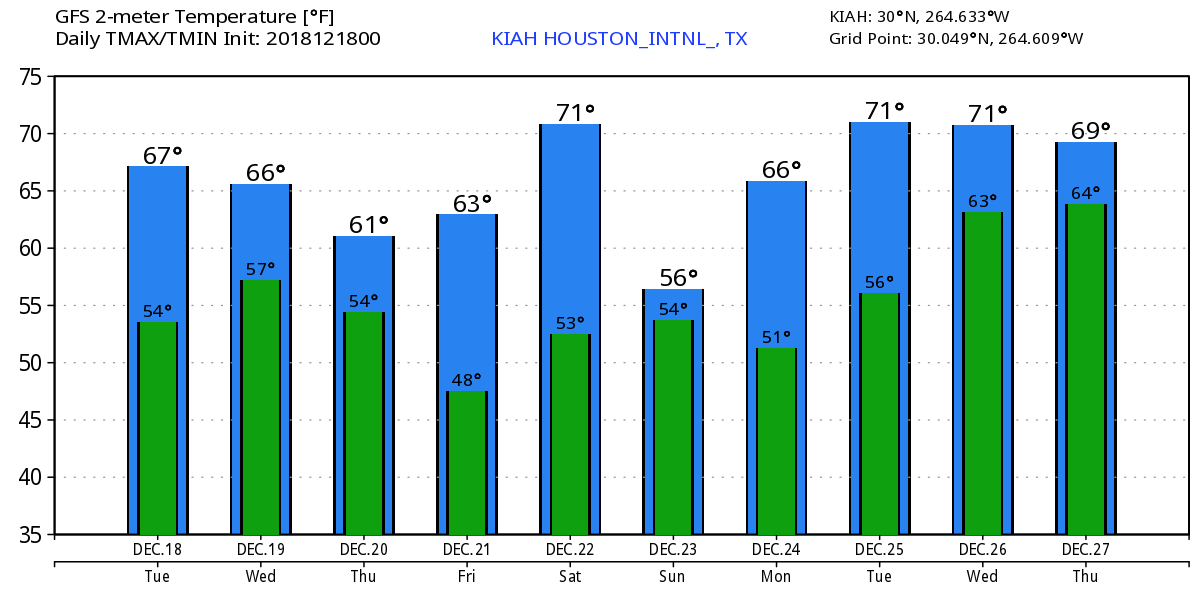 The best bet remains for highs most days next week in the low 70s, with warm nights in the 60s. Some pretty healthy rain chances appear to return by Christmas night, or Wednesday, or so. Anyway, I’ll take a deeper dive into the Christmas Day forecast tomorrow.