Let’s start off this morning by taking a look at the satellite imagery over Texas.

You don’t often see such an interesting picture this far south. What you’re looking at is an upper level low pressure system that is responsible for our winds and some rain showers across the area this morning. Winds have been gusty at times, but for the most part things have been under control. As this upper low shifts to the east, we may see winds pick up again. They almost certainly will in coastal areas.Inland areas will be a bit more fickle. 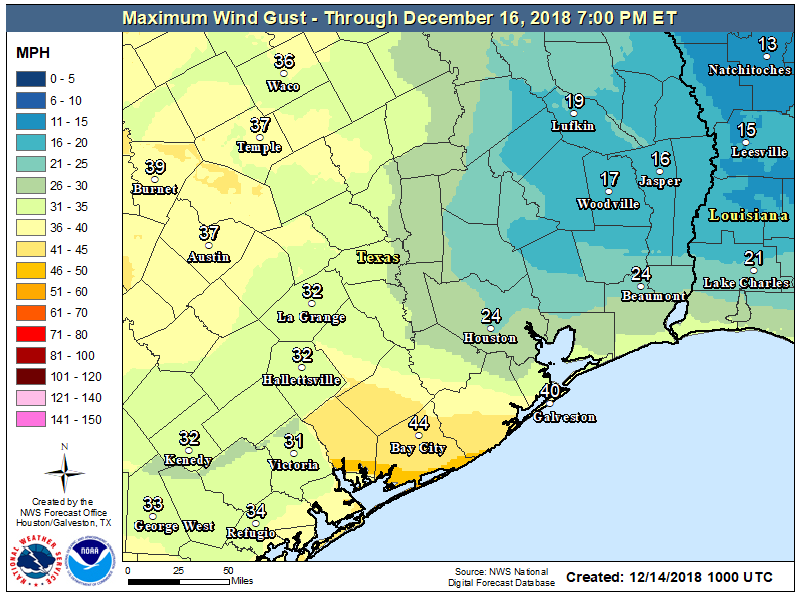 As for rain, we have a few showers up toward Brenham and College Station. The focal point for showers as we shift into the morning and afternoon will be north of I-10 and probably east of I-45. With temperatures in the 40s across most of the area, all precipitation should fall in the form of rain. There could be some wet snowflakes mixed in well off to the north today, out of the Houston area. If there are heavier showers nearby, rain could also mix with ice pellets (sleet). But there would be no accumulation. Showers should diminish toward sunset.

Elsewhere, look for clouds to linger most of today, with gradual clearing holding out until tonight. With the clouds hanging tough, don’t expect a lot of movement in temperatures today. We should manage to get to around 50 degrees this afternoon and that will be all.

There will be no weather woes this weekend across Southeast Texas. Look for plenty of sunshine on Saturday after perhaps a few stubborn morning clouds. Temperatures will warm up from the low-40s in the morning to around 60° during the afternoon. Winds will be on the decrease as well, so Saturday is about as perfect a Houston winter day as you could script.

Sunday should be close to equally as nice. Expect mostly sunny skies, though some added high clouds may gradually increase during the afternoon. We’ll be a few degrees warmer on Sunday afternoon. Look for low-to mid-40s in the morning (a handful of spots likely in the upper-30s too), warming up into the mid-60s during the afternoon.

The weather pattern over the U.S. is going to shift to an anomalously warm one next week, with a strong ridge of high pressure pretty far north, over the Upper Midwest and Northern Plains. 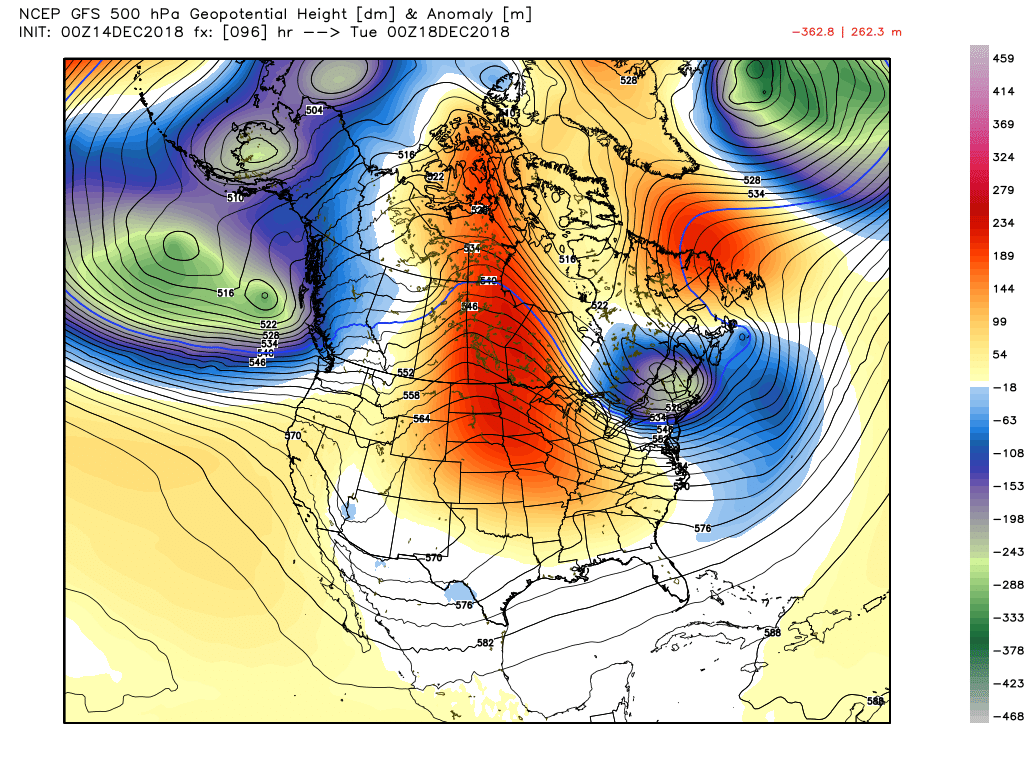 Looking at the weather pattern about 20,000 feet up early next week shows an abnormally strong ridge of high pressure over the Upper Midwest and Northern Plains. This is a warm U.S. pattern, but for Houston, it should mean near average temperatures. (Weather Bell)

For Texas this should mean a mild pattern, but nothing too abnormal for this time of year. We have had some warm weather in December in recent years, but I don’t think this one will deliver much risk of upper-70s to near 80 degrees. To me, this would imply high temperatures in the 60s most days, with low temperatures generally in the 50s, though a few nights should be in the 40s as well. There could be a few days that reach 70 degrees over the next seven to ten days, but I don’t think we will see worse than that.

We’d probably end up with partly sunny skies most days. There are signs of a weak cold front around next Wednesday that could deliver some showers or storms, but it’s a bit early to say much more than that. Outside of that, not much rain is forecast through late next week. We’ll keep you posted. In the meantime, enjoy a nice December weekend!