The onshore flow has kept temperatures generally in the 50s across the Houston area this morning, and as a result we’re seeing the development of some fog across the area, although visibilities for the most part remain OK.

We should see partly sunny skies later this morning, and this will allow high temperatures to climb into the mid- to upper 70s, with Houston possibly seeing its warmest day of the year. As moisture levels rise and a front drops out of the north, we may see a some scattered, light rain showers this afternoon, evening, and during the overnight hours. However anything that forms should not be threatening. The front itself could reach the northern part of the metro area by or before sunset today, and move through the region during the overnight hours. 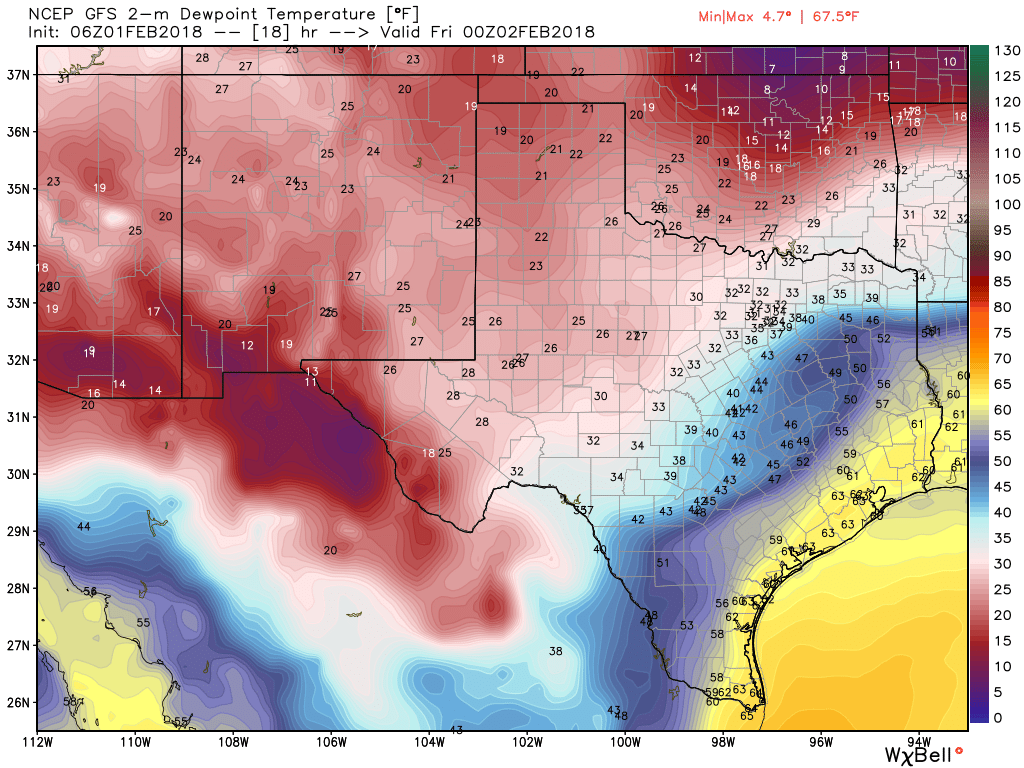 Any rain should end after the front moves through, and we’ll be left with a chilly day Friday as northerly winds blow in, and highs struggle to climb above the mid-50s. Mostly cloudy skies will add to the winter-like ambiance.

We’re still looking at what will probably be a wet Saturday. The overall dynamics remain the same, with the aforementioned cold front pushing back onshore, and meeting with some upper-level disturbances to generate some rainfall. Inland areas are unlikely to see more than a tenth or two of an inch of rain, but isolated areas along and near the coast could pick up a quick inch of rain in downpours. So although we won’t see a washout, cloudy skies, highs in the 60s, and the threat of rain will not make for the greatest Saturday ever.

Some sunshine should return later Sunday morning, and this will probably allow high temperatures to climb into the low 70s before another cold front arrives. This one looks to be relatively weak, with no precipitation and only a modest amount of cooler air moving in behind it. Look for lows in the upper 40s by Monday morning.

We’re likely to remain in this pattern of a front every three days or so for next week, with temperatures warming up on Tuesday before another front cools us down on Wednesday. It doesn’t look like anything too extreme is coming to Houston, and forecast models show only a low probability of a freeze during the first two weeks of February. Nothing too extreme, rain-wise, seems likely either.

3 thoughts on “Mixed weather this weekend, but nothing too extreme ahead”