Clear skies have allowed temperatures to cool down this morning, and more importantly they’ve afforded most of the region a good view of the total lunar eclipse. The Earth passed between the Sun and Moon just as the Moon set, and Sun rose over southeast Texas on Wednesday morning.

Southerly winds have returned to Houston, and this will allow temperatures to climb today to about 70 degrees under partly to mostly sunny skies. All in all, it should be a fairly pleasant day for the region, with temperatures tonight 10 to 15 degrees warmer than Tuesday night.

Thursday will be even warmer, with highs in the mid-70s as southerly winds draw in warmth to the region. Some scattered, light showers are possible during the afternoon, evening, and overnight hours as a cool front approaches the area, and moves through. It should be off the coast before sunrise on Friday. 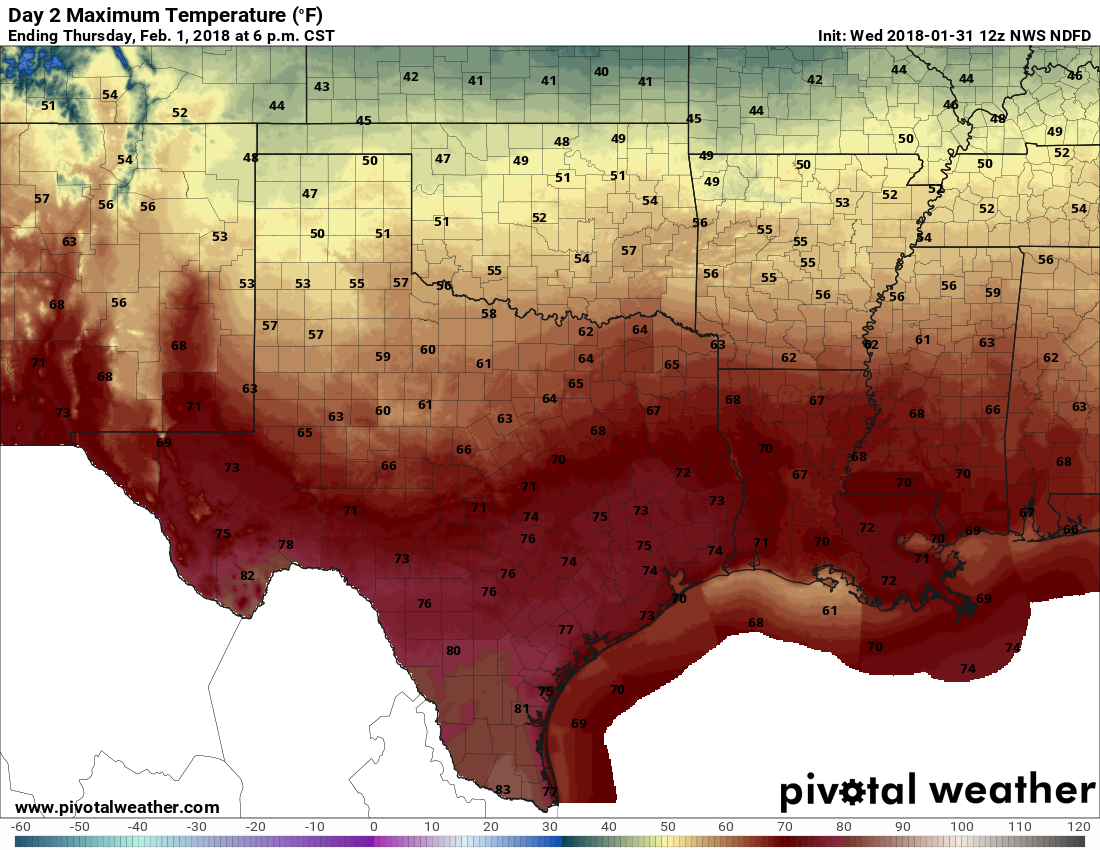 Thursday will be one of the warmest days of the winter in Houston. (Pivotal Weather)

A much cooler day, with mostly cloudy skies and highs generally in the upper 50s. Winds will be out of the north, but I don’t think they’ll be too gusty like they are after some cold fronts we get. Lows Friday night should fall into the 40s for most of the region.

The aforementioned cold front won’t move too far into the Gulf of Mexico, and beginning on Friday night it should come dragging back toward the Texas coast. The combination of moisture with the front moving back toward the coast, an upper-level low pressure system, and lift from the surface front will make for a healthy chance of showers on Saturday, especially along the coast (sorry Mardi Gras revelers) and to the east of the region. The western half of Houston probably can expect a tenth or two of an inch of rain, whereas the eastern half should see a few tenths—with potentially more rain embedded in some heavier showers. Highs Saturday will probably be around 60 for inland areas, and warmer along the coast. 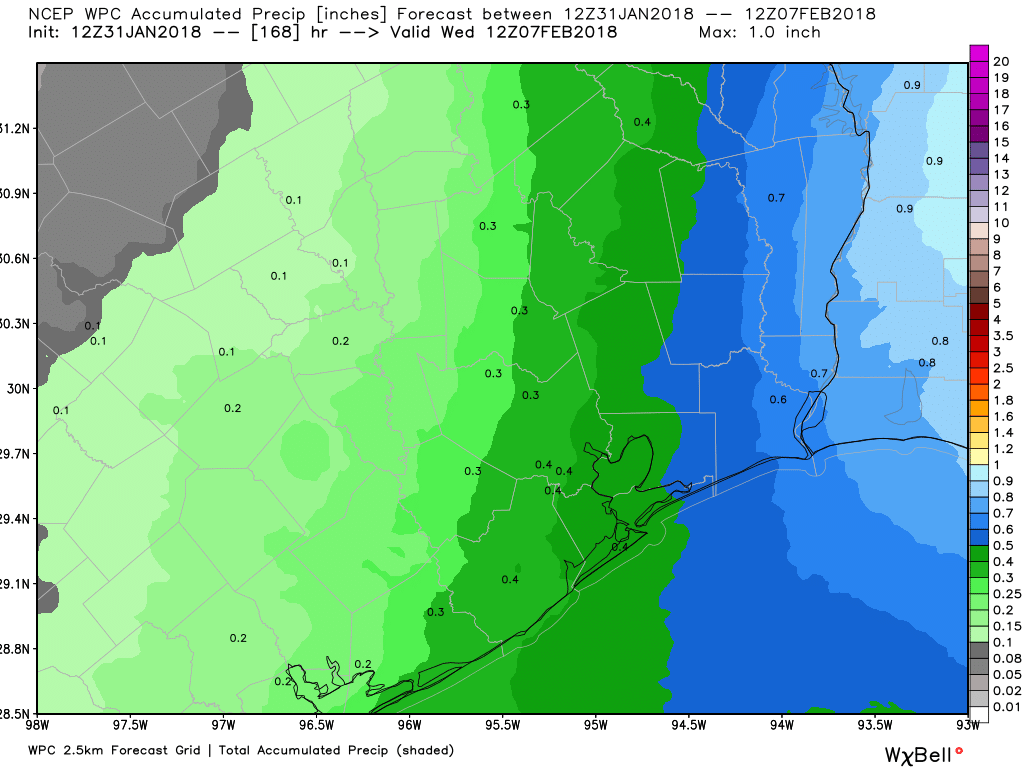 Rainfall accumulations are likely to be greater to the east of the city. (NOAA/Weather Bell)

At some point Sunday a front will move through, and bring rain chances to a definitive end for a few days. I’m betting that’s earlier than later at this point, which would leave us with a partly to mostly sunny second half of Sunday. This will kind of be like last weekend, where the best time to be outside came on Sunday afternoon. Look for temperatures in the mid- to upper-60s.

Most of next week should see highs in the mid-60s, although there’s some split in the forecast models as to how much (if any) rain comes along. We’ll have to parse those details later.

5 thoughts on “Weekend forecast coming into better focus for Houston”