Moderate to heavy rains are falling tonight as moisture streams into Houston.  As Patricia’s remnants have moved across Mexico and into the western Gulf of Mexico this evening we have also seen increasing wind gusts, already over 30 mph in Galveston.

The big question, of course, is how much more rain the region will get tonight. Already, since about noon today, most of the Houston metro area has received 3 to 5 inches of rain. We’ve managed that OK, for the most part, because our very dry soils soaked that rain up, and rainfall rates weren’t exceptionally high — generally below 1 inch per hour.

But now the soils are soaked, bayous are beginning to rise, and the rain’s still coming. (Much of the metro area is presently under a flash flood watch.) I posted a similar image to the one below on social media earlier, and it highlights why meteorologists remain quite concerned about overnight rains. 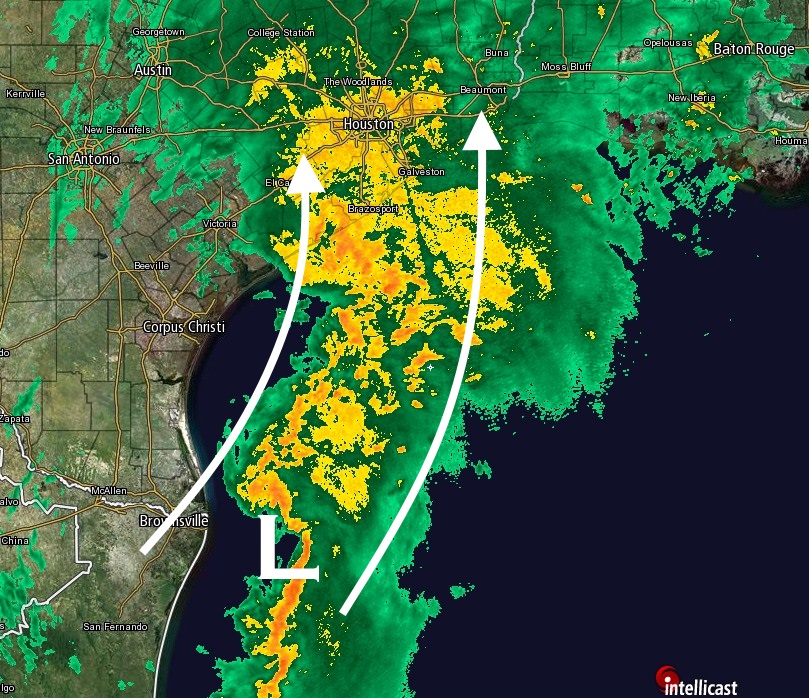 There’s a lot going on here. The low pressure system off Brownsville is the remnants of Patricia, now back over the Gulf. It’s not expected to develop as it follows a trough of low pressure and moves up the coast. But to be a potent rainmaker it needn’t develop. As the system moves north-northeast it should help feed moisture (rain) into the upper Texas coast, including the Houston region.

At the same time the radar to the southwest of Houston — i.e. Corpus Christi — is dry. This is because dry air associated with a front is trying to move east, as well. This dry air will help to end rain showers tomorrow in Houston. But it could play some role tonight in weakening activity.

In the end my best guess is that we’ll see an additional 3 to 7 inches of rain over much of Harris and Fort Bend County, and coastal counties including Brazoria, Galveston and Chambers during the next 12 hours or so. If this rain comes all in a bunch, during a few hour period, it will overwhelm some bayous and exacerbate current high water problems on roadways. 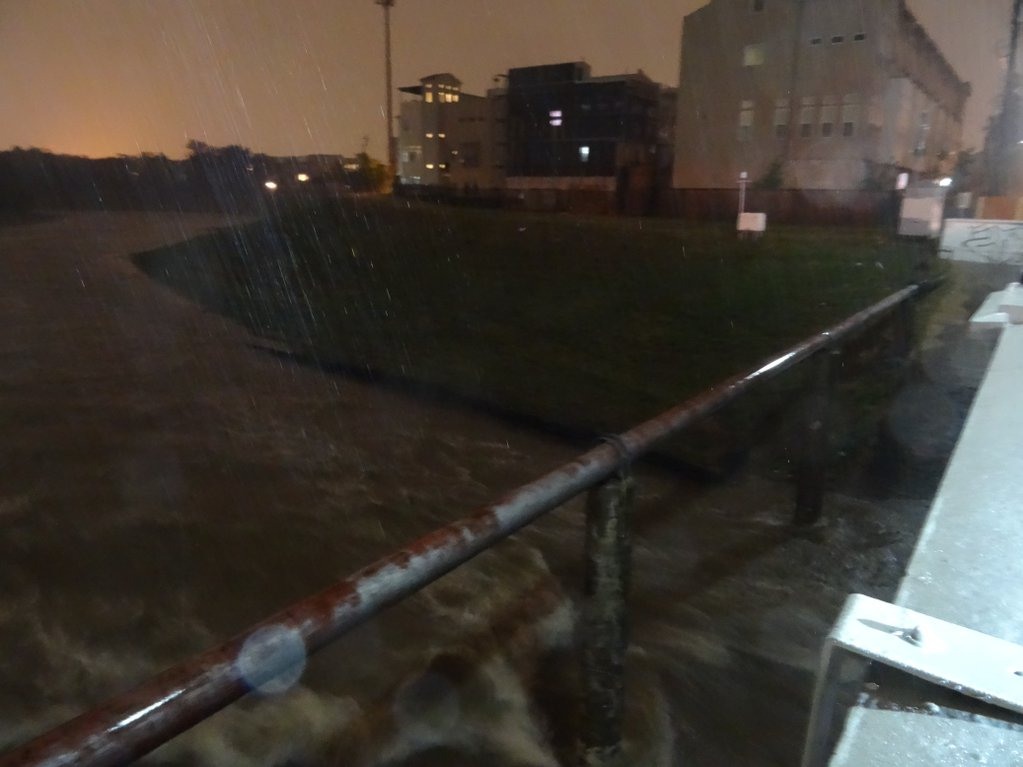 White Oak Bayou in the Heights at about 10 p.m. (Jeff Lindner/HCFCD)

It is going to be a close call tonight, and I will be up to track it. My next post will come around midnight or shortly after.

8 thoughts on “Moisture lined up in Gulf, will stream into upper Texas coast tonight”