Some of our best forecast models continue to indicate that the low-pressure system approaching the Texas coast is going to deliver on its promise of being a real soaker for parts of the state. We are also increasingly concerned about the flood potential from this system, but we cannot pinpoint where the greatest threat lies—although Houston is very much in the running for the highest rain totals this week.

The low-pressure system will approach the Texas coast on Tuesday, and likely move inland on Tuesday night or early Wednesday. There is a small chance it will strengthen into a depression or tropical storm near the coast, or just inland, but rainfall remains the primary threat. 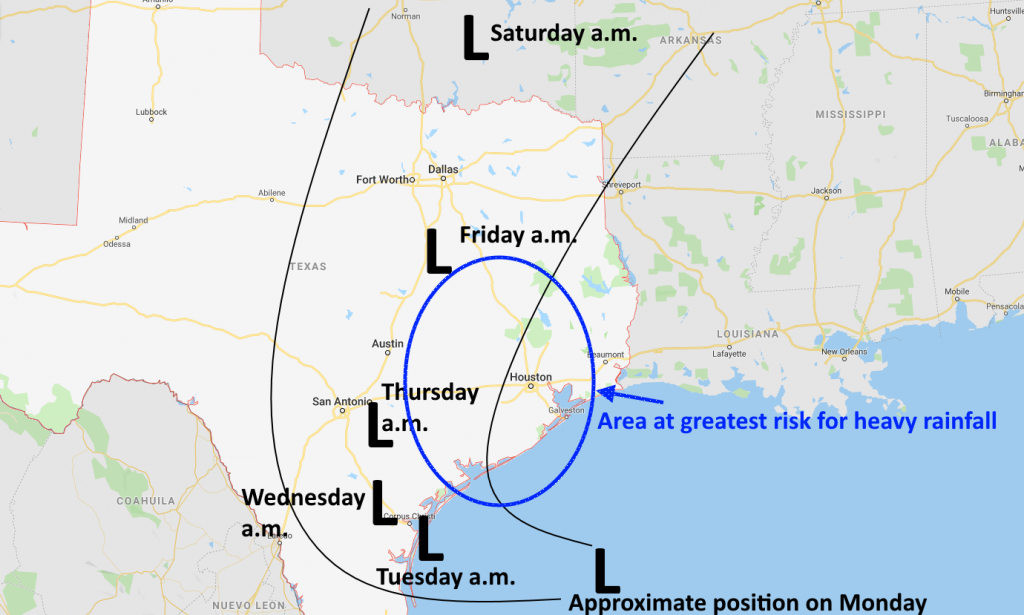 This map shows a VERY approximate track for the system, and its slow motion. (Space City Weather)

Once inland, the system is likely to wobble for a couple of days, as high pressure to its north prevents a turn in that direction.

What we don’t know

At some point the storm will begin to slowly pull north, and this likely will bring the stronger core of rains toward Houston. This period of heavy rainfall for Houston may begin later Wednesday, or early Thursday, but it’s hard to say for sure. Heavy rainfall is possible any time beginning Tuesday afternoon through Friday morning.

We don’t know where the heaviest rains will fall, and we’re probably not going to know much about exactly how much rain any specific location will receive until maybe Tuesday, or more likely later Wednesday—and even that’s not certain. That’s the reality of these events. We can offer ranges, but we’re not going to offer false certainty.

If you’ve seen any individual computer model maps for precipitation in the coming days, please take each one with a grain of salt. Such maps are good for giving a sense of potential rainfall, but generally they’re pretty poor at determining precise amounts and locations. This map, of European ensembles, offers a rough guess at what we might expect. 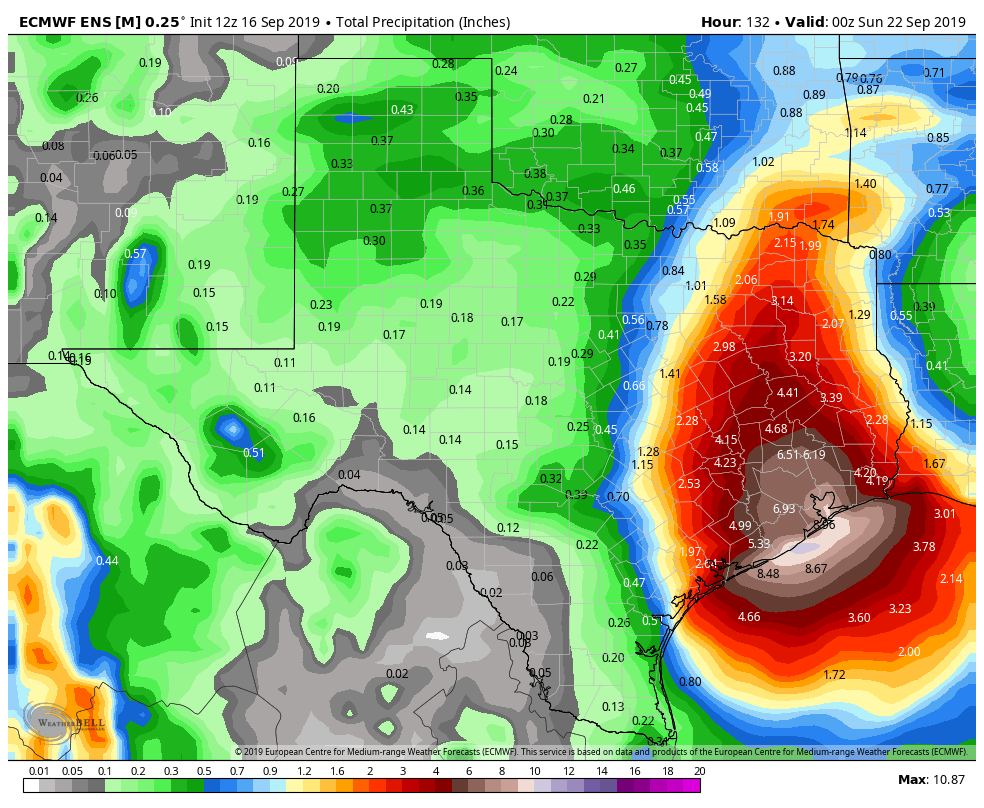 Overall, our forecast for rainfall between now and Friday for the greater Houston area are:

We still have a lot of questions about this system, most notably whether the heaviest rainfall will occur over an area such as Matagorda Bay, or Houston, or Beaumont, or—best case scenario—just offshore. But we do have serious concerns for Texas for the next several days. We will be watching this closely. Matt and I have discussed escalating this to a Stage 3 flood on our scale (we’re currently at Stage 2) but we’re not quite there yet.

We’ll have a comprehensive update in the morning. Also, as a reminder, if you would like complete updates during storms such as this delivered immediately after publication to your inbox, subscribe in the form on this page.