Houston’s last stretch of clear skies came all the way back on Valentine’s Day, during the evening hours. We’ve now got to slog through one more gray, wet, and windy day before we get back to sunny weather for a couple of days. Clear nighttime skies will also allow for cooler temperatures, with the northern half of the metro area flirting with a freeze.

A cold front is pushing through the metro area this morning, bringing widespread, mostly light rain with it. Accumulations will total one to two tenths of an inch. These showers should slowly dissipate throughout the day, with northwestern areas drying out first, and the coast later this afternoon. In the meantime, we’re going to see a chilly day, with a distinct lack of sunshine helping to hold high temperatures at about 50 degrees. Winds blowing up to 20mph out of the north will not help matters any, either. As skies clear tonight, lows will drop to around 40 in the city of Houston, with cooler temperatures north, and a bit warmer weather near the coast. 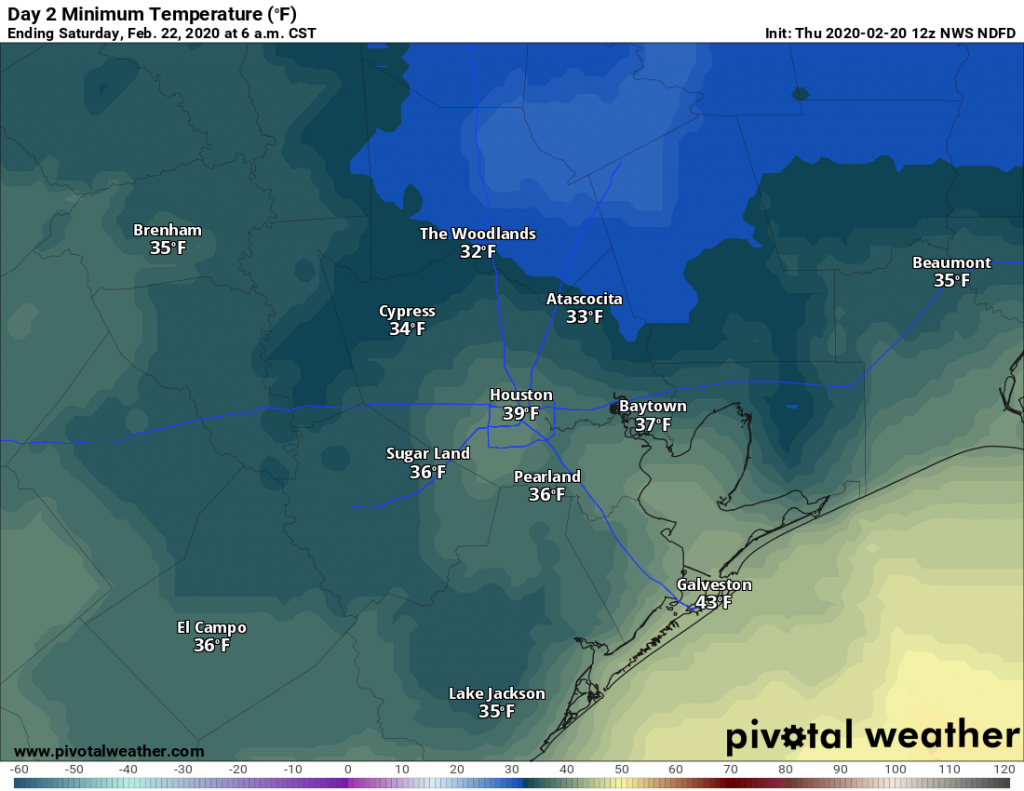 After a chilly, breezy start on Friday morning, winds should begin to die down. But with colder air across the region, highs likely will top out in the mid-50s despite the sunny skies. Continuing clear skies and light winds Friday night should allow for ideal cooling and the coldest night of the week for most of the Houston region (see map).

The first half of the weekend looks pretty nice, with partly to mostly sunny skies to start things out. I think some clouds may move in during the afternoon, with highs in the upper 50s. As more clouds move in Saturday night, along with the return of offshore winds, low temperatures on Saturday night are unlikely to drop below 50 for most of Houston.

The onshore flow will lead to moderate temperatures and the return of mostly cloudy skies for the second half of the weekend. We can expect highs on Sunday and Monday to reach about 70 degrees, with a decent chance of light rain. As Matt said yesterday, these will not be in any way a washout, but there could be enough of a sprinkle to put the damper on outdoor activities. Another front reaches Houston on Monday. 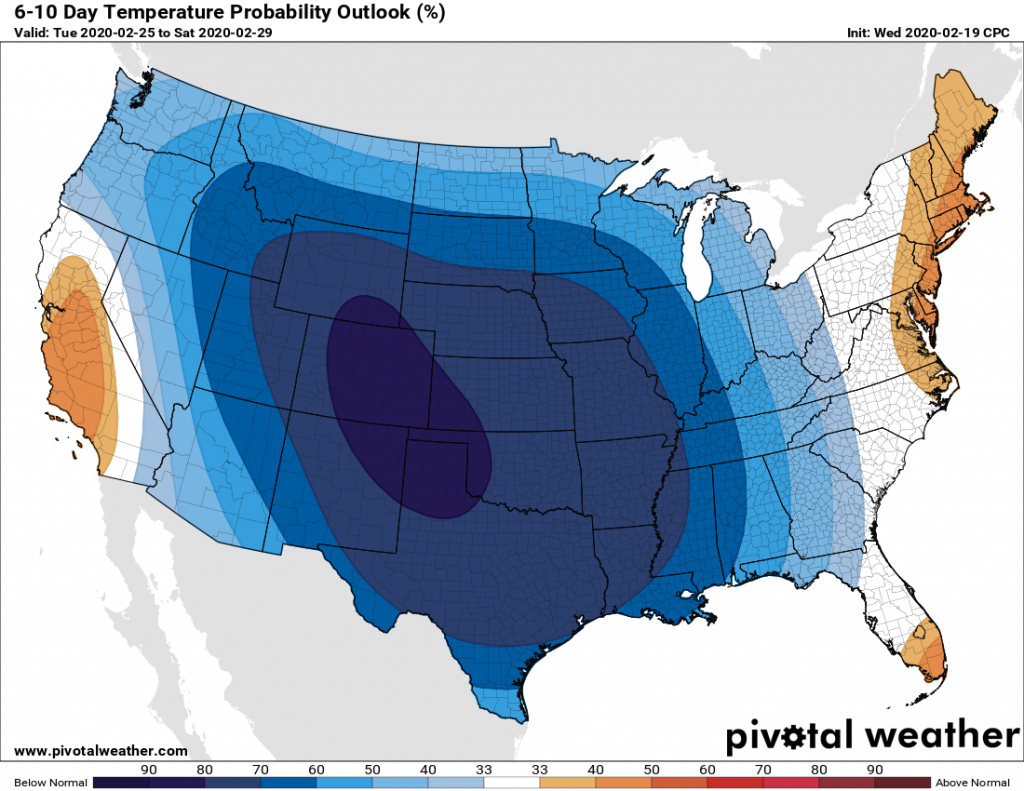 Next week will be a cold one for the majority of the continental United States. (Pivotal Weather)

That front, combined with what appears to be a reinforcing shot of cooler air, should lead to a period of partly to mostly sunny skies for most of next week, through Friday. Most days should see highs of roughly 60 degrees, and lows somewhere in the 40s. Rain chances seem quite low until at least the weekend.

3 thoughts on “One more cold, soggy day before sunshine makes its return to Houston”