After an ugly round of storms moved through Houston on Thursday night and Friday morning, the region has seen some general clearing today. This is good because several waterways, including Clear Creek in the southeastern part of the metro area, crested above their banks this morning and need some time to recede. Alas, this multi-day rainfall event is not quite over.

Based upon the stability of the atmosphere, we can reasonably expect a mostly quiet evening and probably most of Friday night before storms return to the region on Saturday. There’s not a ton of agreement among the models, but generally we think most of the action will probably be between I-69 and the coast, over Brazoria, southeastern Harris, and Galveston, Chambers, and Liberty counties. (Our concern is that this is where the aforementioned Clear Creek lies). For most of this area, beginning around sunrise or a few hours later, we expect perhaps 1 to 3 inches of rain. That’s not overly concerning, but we can’t rule out a few isolated areas with 4 to 5 inches. For central and northern parts of the region, we expect lesser amounts of rainfall, with perhaps 0.5 to 2 inches of rain. The good news is that none of the forecast models are predicting some of the extreme, 3+ inches per hour rates we’ve seen earlier this week that rapidly led to street flooding. 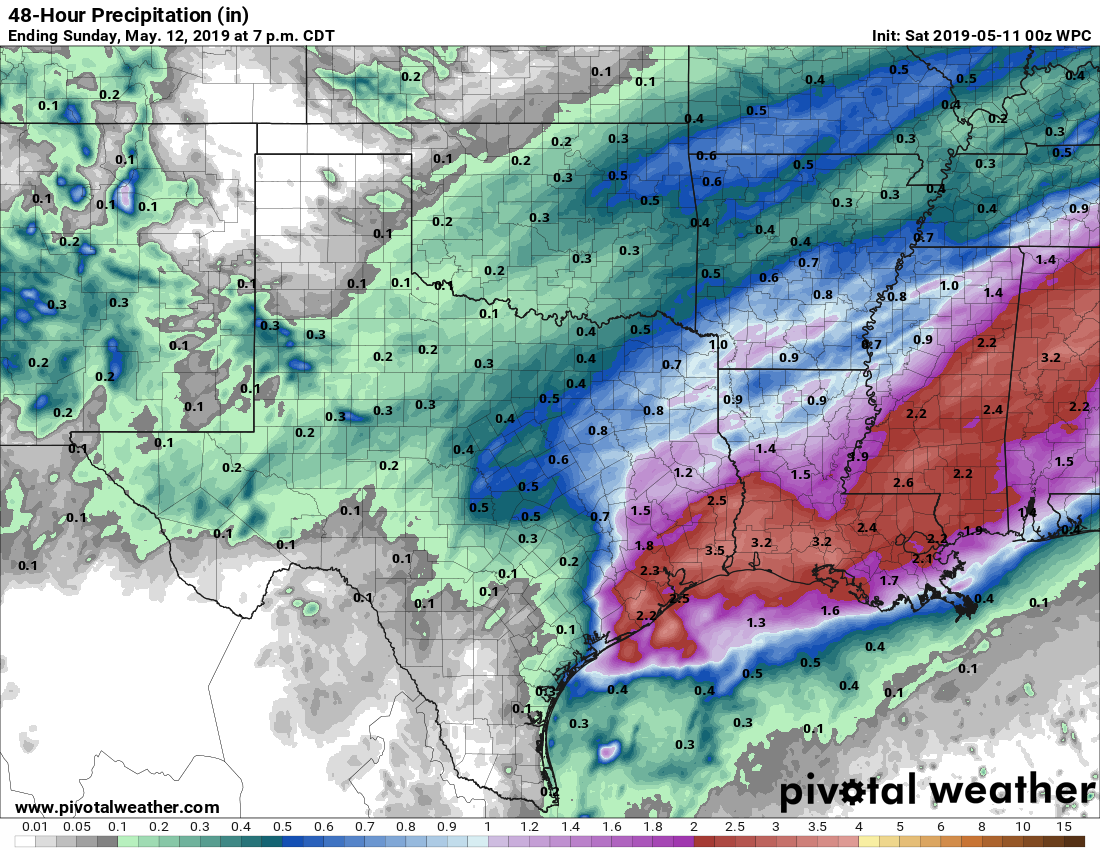 We will see some thunderstorms with Saturday’s rainfall, but at this time we do not anticipate the kinds of widespread, severe thunderstorms, with hail and rampaging winds, that the region experienced Thursday night. And the storms should mostly develop after sunrise, so hopefully we can all get a good night’s sleep for a change.

Depending on which model you choose, rains should end from west to east, sometime between noon and early Saturday evening. We still expect drier air, with lower dewpoints and sunshine on Sunday, all of which should help begin to dry out the area.