Relatively mild conditions are in place across Houston, but we’ll see a strong cooldown on Monday night, leading to a cooler first half of this week. After this front, however, winter will take a backseat for awhile. Houston should experience relatively warm conditions for the first week of February, with several days of highs in the 70s, and warm nights for this time of year in the upper 50s.

The patchy fog scattered across the region will soon dissipate this morning, giving way to a partly to mostly sunny day. Expect high temperatures of around 70 degrees for most of Houston, with increasing southerly winds—with gusts perhaps up to 20mph—during the afternoon hours as the onshore flow really gets going. 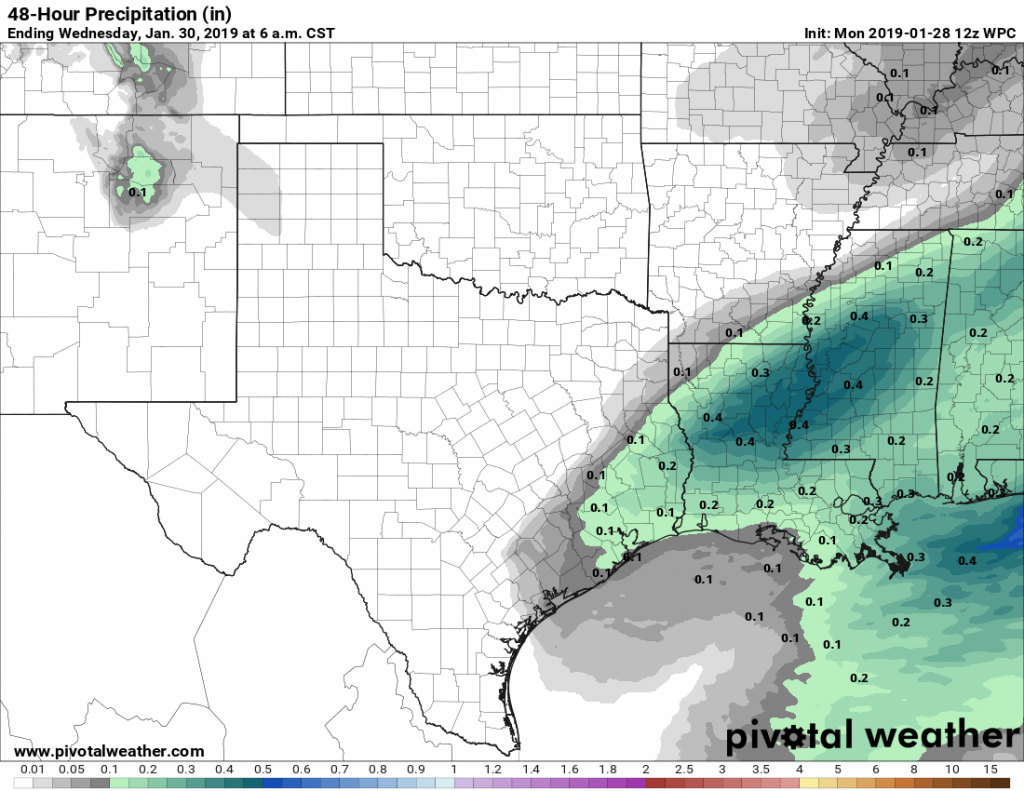 A cold front will push through the region tonight, bringing a broken line of showers and perhaps a few thunderstorms. The front should reach the College Station area between 6pm and 9pm, push through Houston between 8pm and 11pm, and move off the coast by around midnight. Light to moderate showers could linger behind the front for an hour or two, but drier (and colder) air should quickly move in after the front’s passage. Due to the overall atmospheric setup, and fast-moving nature of the front, I would not expect more than one- to two-tenths of an inch of rain for most.

Tuesday morning is going to be cold. With winds gusting up to 25mph, and temperatures falling to freezing north of Houston and near freezing in the city, we are going to see wind-chill temperatures in the 20s. Be sure you’re ready for that cold blast when you head out of doors on Tuesday. Daytime highs are likely to only get into the upper 40s under sunny skies. Lows Tuesday night will again be near or at freezing levels in the Houston region. 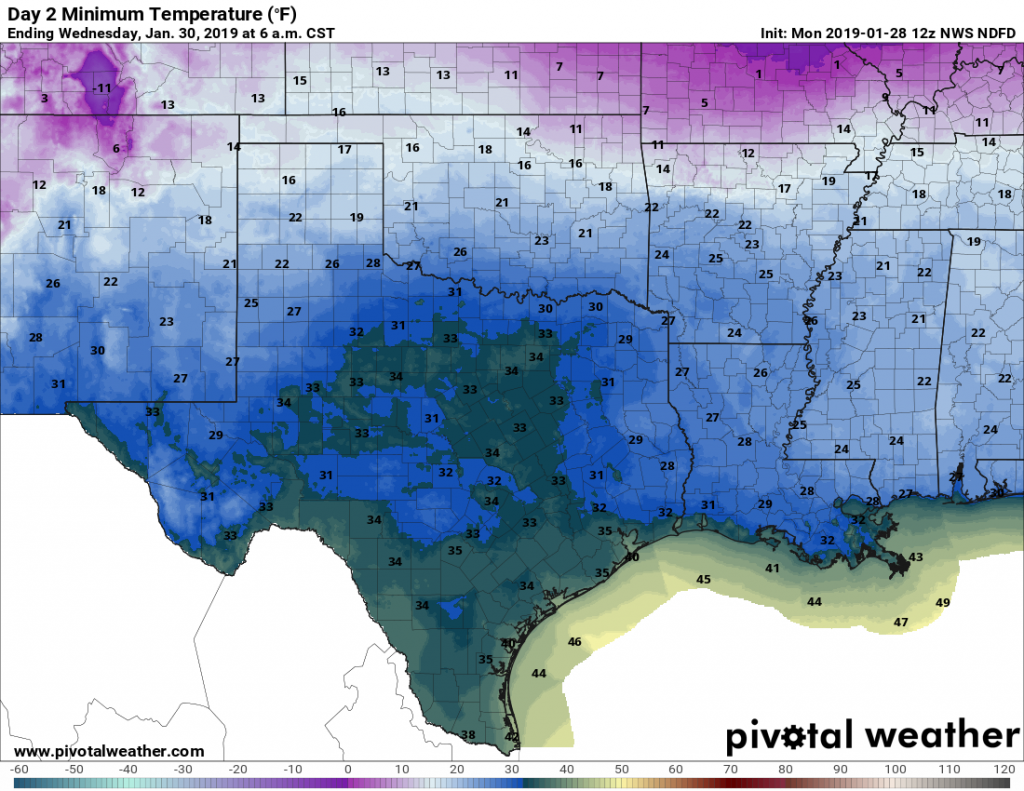 By Wednesday the onshore flow should start to kick back in, and we’ll see a partly to mostly cloudy day with highs in the mid- to upper-50s. Lows will get into the 40s.

Building southerly winds will bring moister, and eventually warmer air into the region. Highs should rise from about 60 degrees on Thursday to 70 on Friday, even with mostly cloudy skies.

Rain chances increase on Friday and Friday night as an upper-level storm system moves in from the west. We should see accumulations on the order of 1 inch of rain, give or take, from roughly Friday morning through Saturday morning.

Saturday, Sunday, and next week

Rain chances linger through the weekend without a front to clear us out. This puts us under partly to mostly cloudy skies, with highs in the low 70s, and perhaps 30 percent rain chances each day this weekend. At this point, the weekend doesn’t look ideal—but it’s far from a washout. The next real chance of a front will come around Tuesday or Wednesday of next week.

15 thoughts on “One more strong front, then winter will fade away for awhile”