November ended on a warm note, with 11 of its last 13 days seeing warmer than normal daytime temperatures. Despite the month’s very cold start, therefore, overall November ended with an average temperature just 2.3 degrees below normal. In terms of rainfall, most regions only got about one-quarter to one-half of normal rainfall, and seasonal forecasts suggest this winter will be bit a drier than usual over the next three months.

Temperatures this morning are chilly, ranging from the upper 30s north of Houston to about 50 degrees in Galveston. (Please note: This is not hell freezing over because the Texans beat the Patriots on Sunday night—welcome to the new normal with Deshaun Watson and Deandre Hopkins). Like on the aptly named Sunday, the region will see full sunshine today, and we’ll remain on the chilly side in the low 60s as high pressure over the region allows for the continued flow of cooler air from the north. Low temperatures tonight likely will fall into the 30s for areas north and west of Houston, and down to about 40 in the city itself. 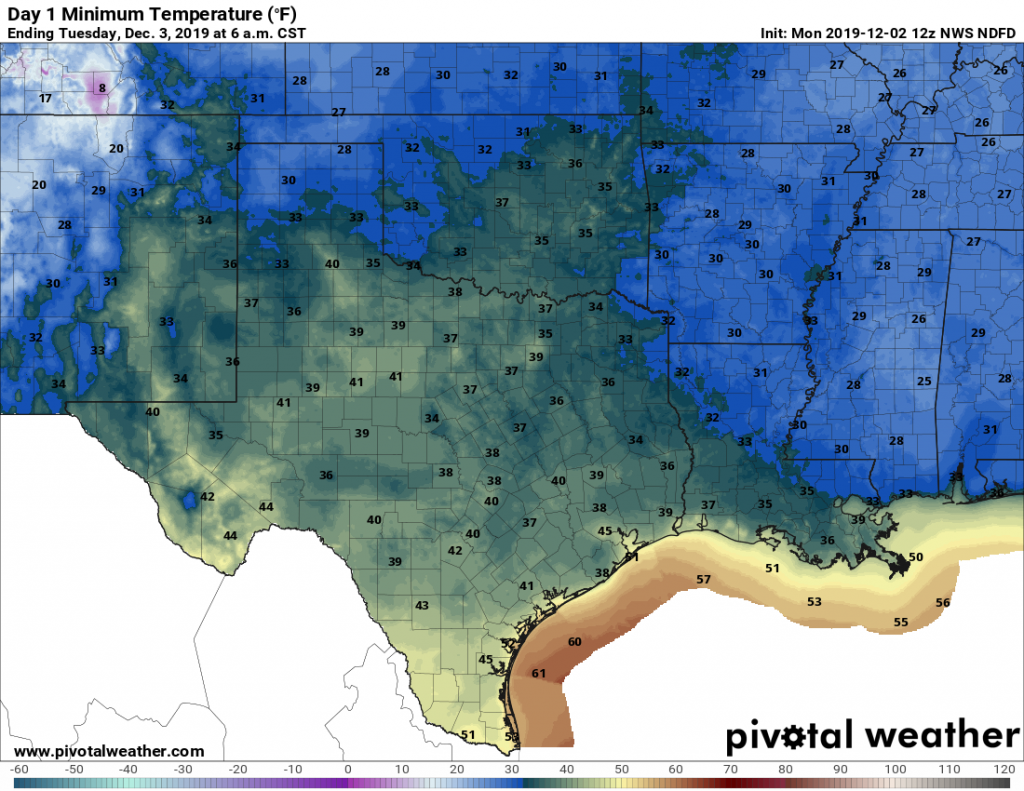 Mild and benign weather continues as winds slowly begin to ease from the north, and transition to the south during the day. Expect highs of around 70 degrees with mostly sunny skies. But before the onshore flow can get too worked up this week, a modest cool front should push through on Tuesday night. We don’t expect any shenanigans with this front, as our atmosphere should remain pretty dry, so rain chances are minimal. Lows will get down to around 50.

This should be a pleasant day, with highs in the low 70s and mostly sunny skies. Lows Wednesday night will be in the 50s in the wake of the weak front.

As the onshore flow gets blowing, a significant number of clouds should return on Thursday for the first time this week, leading to a warm, gray, and humid day with highs in upper 70s. Lows Thursday night will be in the 60s before another moderate front arrives early Friday morning, likely around sunrise for the city of Houston or shortly thereafter. Again, without too much moisture to work with, expect rain chances to remain fairly low, perhaps around 30 percent.

Expect a pleasant, sunny day with highs of around 70, and lows around 50.

Cooler air should continue to move into Houston in the wake of Friday’s front—so at this time the most likely conditions for Saturday will be mostly sunny skies and highs in the 60s. 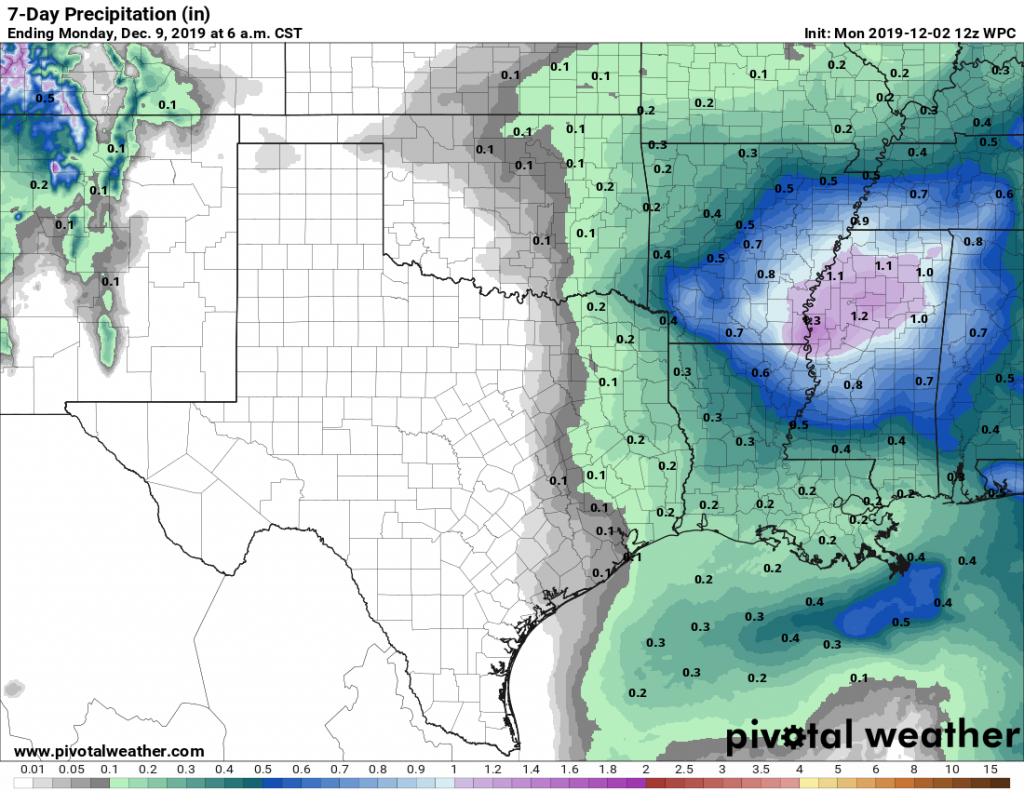 Again, this won’t be the strongest of fronts, so expect a return flow of moisture as soon as Sunday morning, which should lead to the second half of the weekend providing more clouds, and warmer temperatures in the 70s. We can’t rule out some slight rain chances.

A considerably stronger cold front should arrive on Monday or Tuesday of next week, bringing noticeably colder weather. Lows in the 30s will be possible, but it’s hard to have much confidence from this far away.

4 thoughts on “Pleasant, mild weather on tap for most of this week in Houston”