After another wet morning along the coast, the heavier rains have mostly stayed offshore this afternoon. The big question now becomes: Will Thursday morning offer a repeat performance of Tuesday and Wednesday morning super soakers along the coast? We hope not, and we think not. But alas, we are not certain. 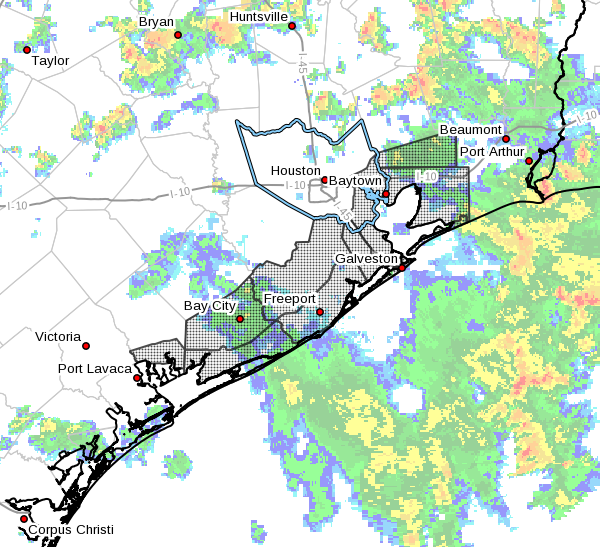 The area of the flash flood warning is shown in the hash-marked area. (National Weather Service)

The National Weather Service has issued a flash flood watch for coastal areas that extends from midnight tonight through Thursday evening. The weather service expects an additional widespread 1 to 2 inches with isolated 4 inches of rainfall are possible across the watch area.

This seems about right, but for the most part, we don’t expect quite the punch we’ve seen the last two nights where areas such as Dickinson, League City, and Kemah have seen a total of eight inches. But given the moisture available in the atmosphere we can’t rule it out.

Also of note: We’re continuing to watch Invest 95L, which could become a tropical depression on Thursday in the Gulf of Mexico as it moves toward the southern Texas coast. However, we still don’t anticipate major effects for Houston at this time. That could change, of course. But at this point we’d sooner bet on a partly sunny Sunday than we would on a complete washout this weekend. We’ll be back with a full forecast early tomorrow.