I wanted to take a few minutes this morning to explain what happened with our forecasts for potentially very heavy rain on Friday night and Saturday, why we made the decisions we did, and then talk about what’s ahead for Houston in what will remain a wet pattern for a few more days.

For a couple of days Matt and I have been talking about the potential for very heavy rain in Houston this weekend, especially Friday night and Saturday morning. We weren’t alone, of course. The National Weather Service issued a flash flood watch. A lot of people were concerned. But I can only speak for our forecasts.

By early Friday afternoon we were pretty concerned, and wrote so here. Several high resolution forecast models were showing the potential for very heavy rains and severe storms later that evening and during the overnight hours.

These model forecasts were predicated on a capping inversion, an area of warmer air above the surface that prevents surface moisture from rising, breaking down. This didn’t seem like an unreasonable expectation, but unfortunately we don’t have good, timely data on the “cap.” The best information we have comes from “soundings,” essentially weather balloons sent into the upper atmosphere twice a day. But there are no Houston soundings. For Houston, the closest sounding locations are in Lake Charles, La. and Corpus Christi. A 7pm CT sounding from Lake Charles showed there was a stronger cap in place than the models were predicting.

Even before this sounding became available, however, it was clear some of the most bullish models had not initialized well, and rain showers were not likely to develop over Houston on Friday evening or night. We acknowledged this in a post at 7:30pm CT, telling people the threat of severe weather and flooding Friday night in Houston had passed.

Meanwhile to the north of the Houston metro area, where the capping inversion wasn’t so strong, the moisture and upper level low pressure system were bringing multiple inches of rain. And its not hard to understand why. The following graphic shows the northerly flow off the Gulf of Mexico on Friday evening. Essentially this means the strength of winds about 5,000 feet above the surface of the Earth were in the 99th percentile in terms of transporting moisture inland. 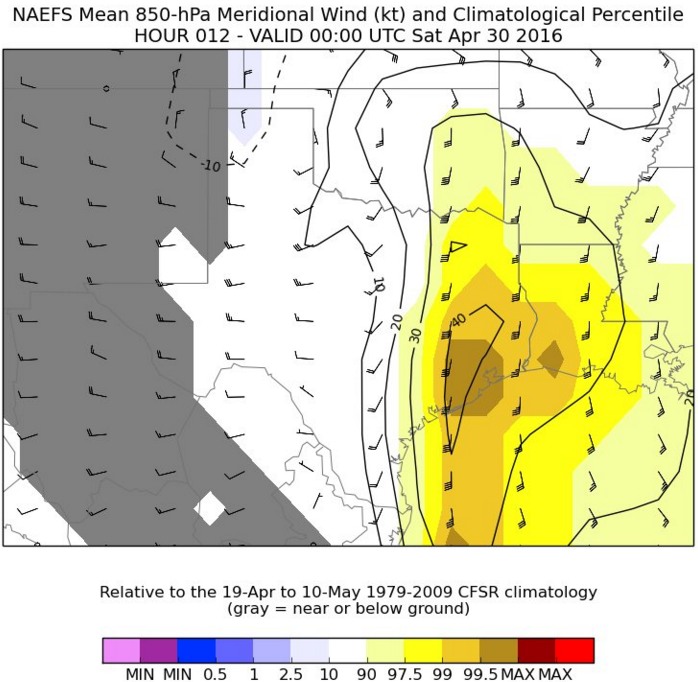 So the ingredients were there for major rains over Houston, but an unexpectedly strong cap kept them at bay. This is not to excuse ourselves. The forecasts made on this site from Thursday through Friday afternoon clearly oversold heavy rain and flooding. I wish I could go back and change them, but knowing what we knew at those times, I don’t regret those forecasts. They were just wrong. It happens in meteorology. And there’s no shame in having an honest conversation with readers about what went wrong.

Once it became clear the capping inversion was holding, we were able to better forecast the potential for storms this morning over Houston, especially the northern half of the metro area. We were fortunate this system was progressive, in that it moved quickly through. One area in The Woodlands, Alden Bridge, reported 0.96 inches of rain in just 10 minutes during the peak this morning. If those kinds of rains had stalled out over Houston we very quickly could have seen a dangerous flooding situation.

As of 9:45am CT the last line of these storms is moving quickly off to the east, and I think we’re pretty much done with rain for today. There may be a few pop-up showers or thunderstorms this afternoon. For Sunday I think we’ll continue to see the potential for some scattered showers and thunderstorms but nothing too organized. We are not looking at a total washout, in any case.

I do have some concerns about Monday, when the atmosphere may have a chance to recharge and we see some more organized storm activity, perhaps during the morning hours. We’ll have to at least consider the possibility of some localized flooding. Matt will have an update on Sunday morning to assess the potential for rain later that day and on Monday and Tuesday.