Well, it’s Labor Day in Houston, and unfortunately some outdoor activities are likely to be a washout during the middle of the day. The good news, however, is that our overall concerns about the potential for heavy rainfall during the next seven days have lessened. So let’s discuss conditions today, and then later this week as Tropical Storm Gordon moves into the northern Gulf of Mexico.

Houston, so far, has mostly been dry overnight. The heaviest rainfall overnight has come to the east of Houston, from the east side of Galveston Bay to Beaumont and Lake Charles, where there are several flood warnings. This is where the greatest risk will remain this morning, although some of the heavier showers are now pushing into coastal areas south of Houston, including Galveston, and up the Highway 146 corridor into Baytown. High resolution models suggest these showers will fill into more of the Houston area later this morning, and early afternoon, as a broad low-pressure system moves over the area. 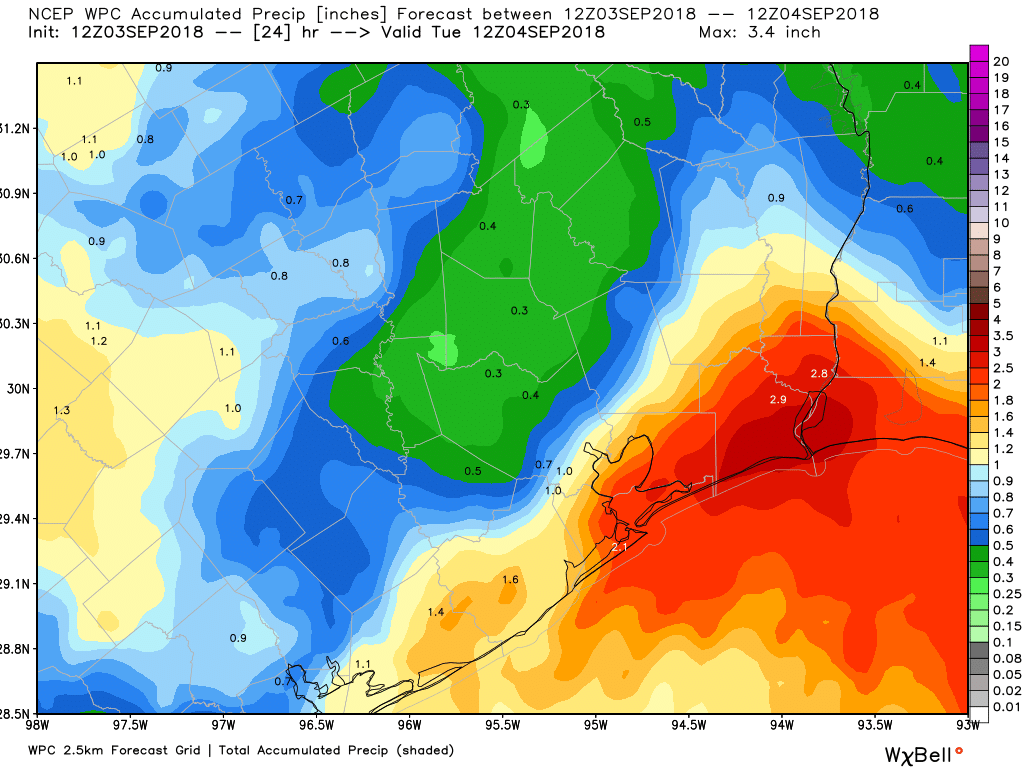 However, our overall concerns for flooding today remain fairly low in Houston, especially for areas away from the coast and Galveston Bay. Street flooding may be a problem beneath the heavier storms, but for the most part rains will be entirely manageable. A Flash Flood Watch remains in effect through 7pm for Houston, but rain chances should fall off later this afternoon—if you’re planning a Labor Day cookout this evening I’d be reasonably confident in good weather—and during most of the overnight hours before scattered to widespread showers return Tuesday. This may bring an additional 1 inch or less of rainfall to the region.

Further afield, the center of Tropical Storm Gordon is moving over southern Florida and the Keys this morning. Forecast models are tightly clustered along a northwest track that should bring Gordon to southeastern Louisiana or the Mississippi coast by late Tuesday night or Wednesday morning. It probably will be a strong tropical storm at that time, although we can’t rule out a hurricane. 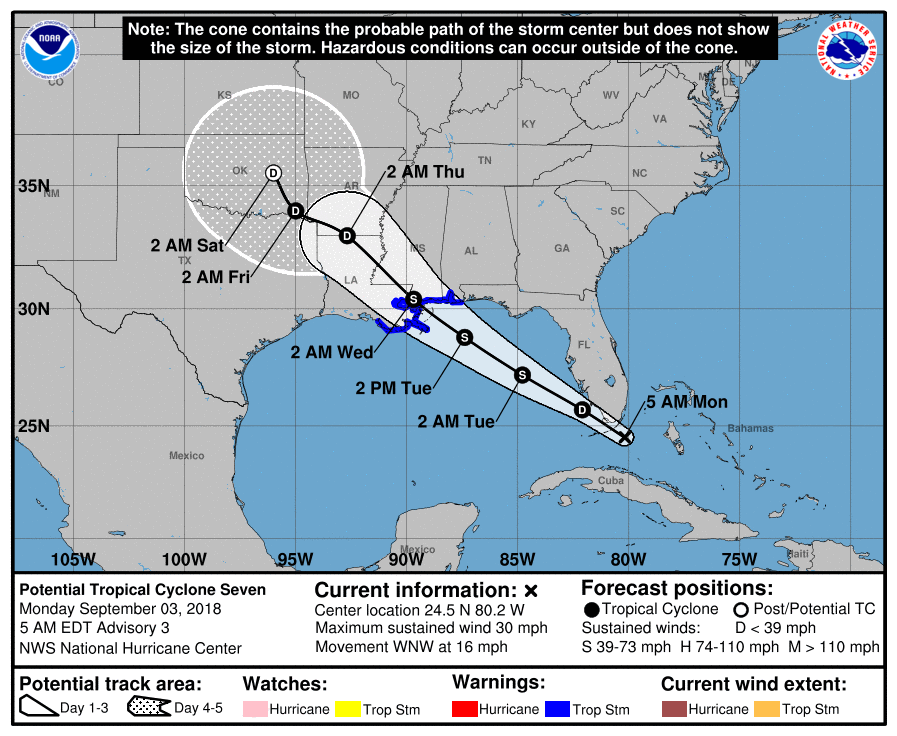 Sunday 4am CT update from the National Hurricane Center.

As for Texas, the region should be on the “dry” side of Gordon, leading to lesser chances of rainfall on Wednesday and Thursday of this week. Fortunately, we are now less concerned about the potential for a “stalling” scenario in which Gordon moves into Western Louisiana or East Texas later this week, slows down, and dumps a lot of rainfall. Rather, it now appears likely that Gordon will continue to move northwest, before eventually getting pulled to the northeast after interacting with a storm system in the mid-latitudes. 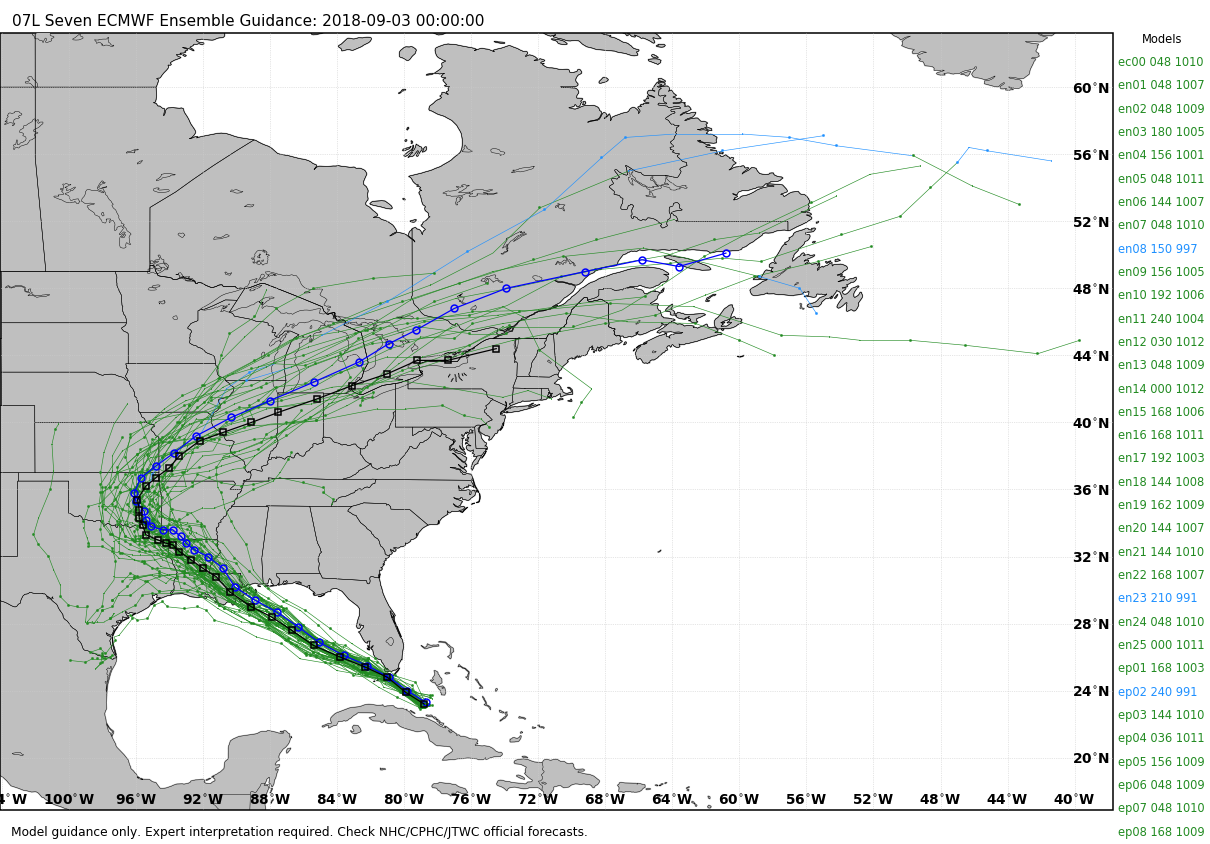 The upside of this for Houston is that, while next weekend will carry a healthy chance of showers (probably 30 to 50 percent), we are no longer particularly concerned about the potential for very heavy rainfall or flooding at this time. As ever, we will have to watch this system, but you should only be aware, rather than overly concerned.

44 thoughts on “Reduced flooding concerns for Houston this week”