A broken line of heavy thunderstorms has reached western Harris County as of 8 a.m. CT and will move through the metro region during the next several hours.

These storms could bring an additional 1 to 3 inches of rain to Houston, but fortunately many of the region’s bayous have had a couple of hours to recede. 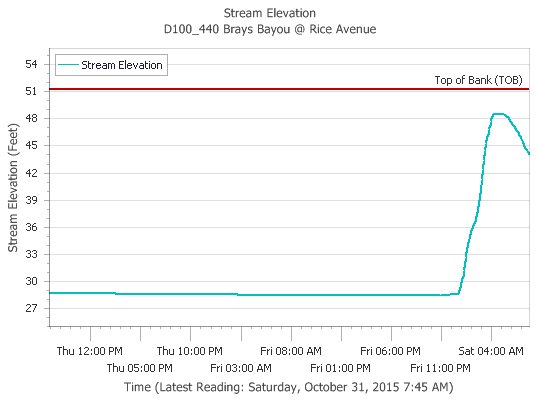 It also appears that the very heaviest rains this morning may fall to the west and north of Houston, over areas less battered by overnight rains. This could spare central and southern parts of the region — Highway 288 is impassable in many locations — from the worst of it. Nevertheless flooding remains possible across the area due to saturated soils and the potential for these storms to drop a lot of rain quickly. Travel is not advised before 11 a.m. or noon.

In addition to the heavy rains severe weather is also likely, including the possibility of tornadoes. The most favorable location, according to NOAA, is to the east-southeast of Houston through 10 a.m. this morning.

Area where tornado formation is most likely for the rest of this morning. (NOAA)

These storms continue to make steady eastward progress, and I still expect clearing to occur during the afternoon hours. Conditions for this evening still look pretty good, with only very scattered light rain possible.

7 thoughts on “Round Two of storms moving into Houston”