Houston will remain in a more or less static weather pattern for most of the remainder of this week. Each day will see a healthy chance of showers, with a crescendo toward the weekend, but for now there don’t appear to be any significant concerns about strong storms or flooding. Temperatures will be hot, of course, but typically not of the 100-degree variety we sometimes see in August. In short, this is not a bad way to spend the last 10 days of a month that can either bring high pressure domes of doom, or serious tropical weather. 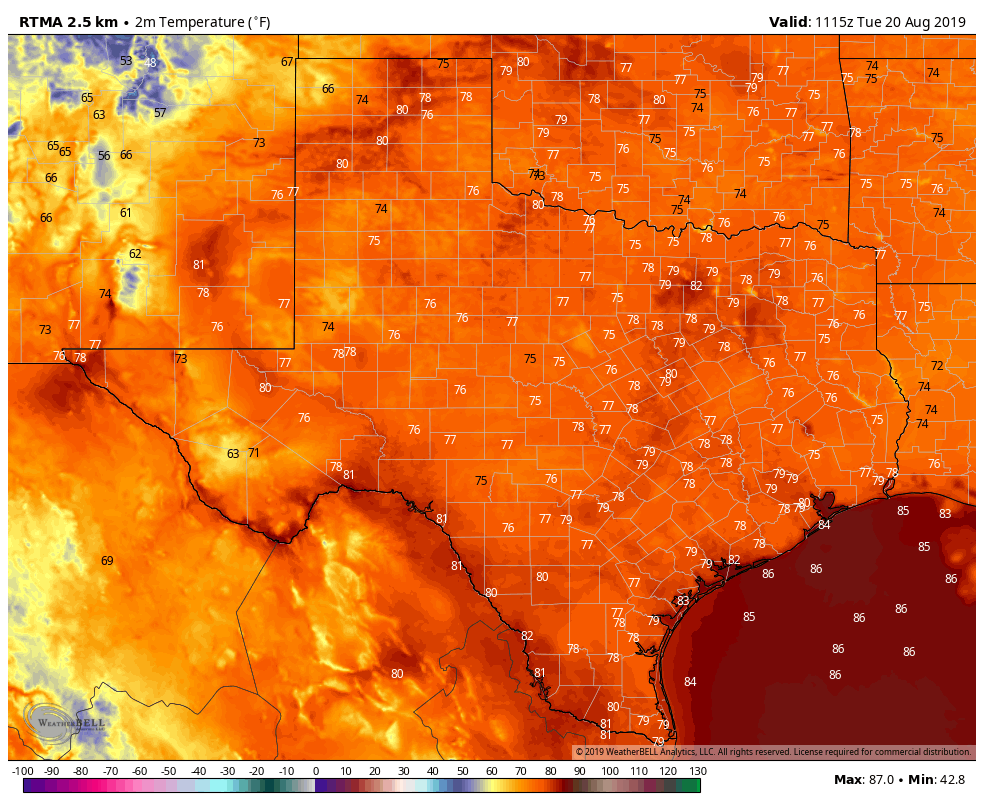 Low temperatures on Tuesday morning are sultry clear across the state. (Weather Bell)

Today should be similar to Monday, with a mixture of clouds and sunshine, and highs in the mid-90s for most of the area. Rain chances are probably about 40 percent for most of Houston, with showers pulsing up near the coast by late morning, and moving through the city during the afternoon hours. They should fade as the sun begins to set. Some storms may briefly bring rainfall rates of 1 to 2 inches per hour, but most people will see far less than that.

These have the look of typical summertime days, with highs in the low 90s along the coast, and upper 90s for inland areas. Shower development should occur along the sea breeze, which will migrate inland during the afternoon hours. Right now I would anticipate less coverage than on Tuesday, so let’s call it 30 percent rain chances on both days.

Rain chances will increase somewhat heading into the weekend, as a plume of Gulf of Mexico moisture moves up and along the Texas coast. This sounds more ominous than it probably will be, as most of the rainfall should remain offshore. The net effect for Houston is likely be two partly sunny days, with 50 or 60 percent rain chances along the coastal tier of counties, and 30 to 40 percent chances inland. Accumulations will probably range from 0.25 to 0.75 inches for most people who see rain, but we can’t rule out the potential for more at this stage. 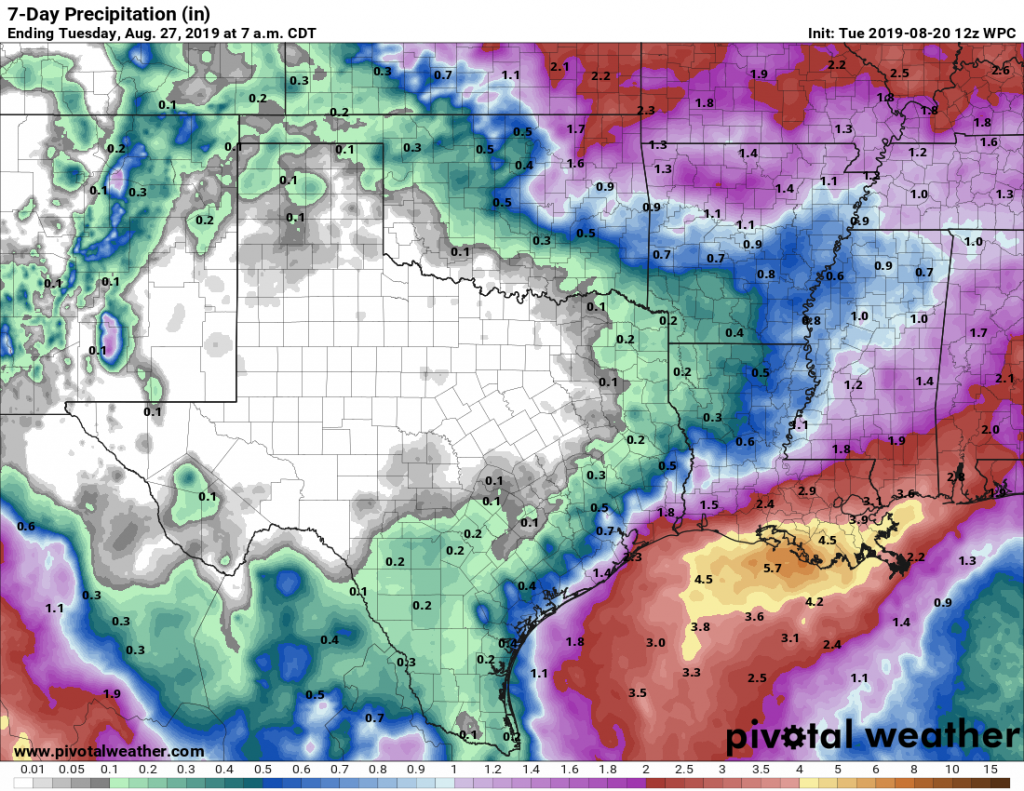 Heavy rain is likely this weekend, but it should mostly remain offshore. (Pivotal Weather)

High temperatures will depend upon cloud cover and rain during the afternoon, but probably will range from the low- to mid-90s. Lows will remain oppressively warm, only falling to 80 degrees for most areas overnight.

The early part of next week looks a bit more summer-like, with high temperatures generally in the mid-90s, and a lesser chance of daytime showers and thunderstorms along the sea breeze. This pattern may persist more or less through the end of the month. However—and I say this with extreme caution—both the European and GFS models are suggesting that overnight lows may fall back into the low 70s by the end of the month or early September.