The first two weeks of August were incredibly hot and dry, but since then Houston has moved into a more typical summertime pattern where most days have produced at least a smattering of rain showers, with more widespread, heavier thunderstorms some days. However, in looking at a cumulative rain map over the last 10 days of this month, there are some areas that have stayed dry—including places like Spring, Katy, and Tomball. 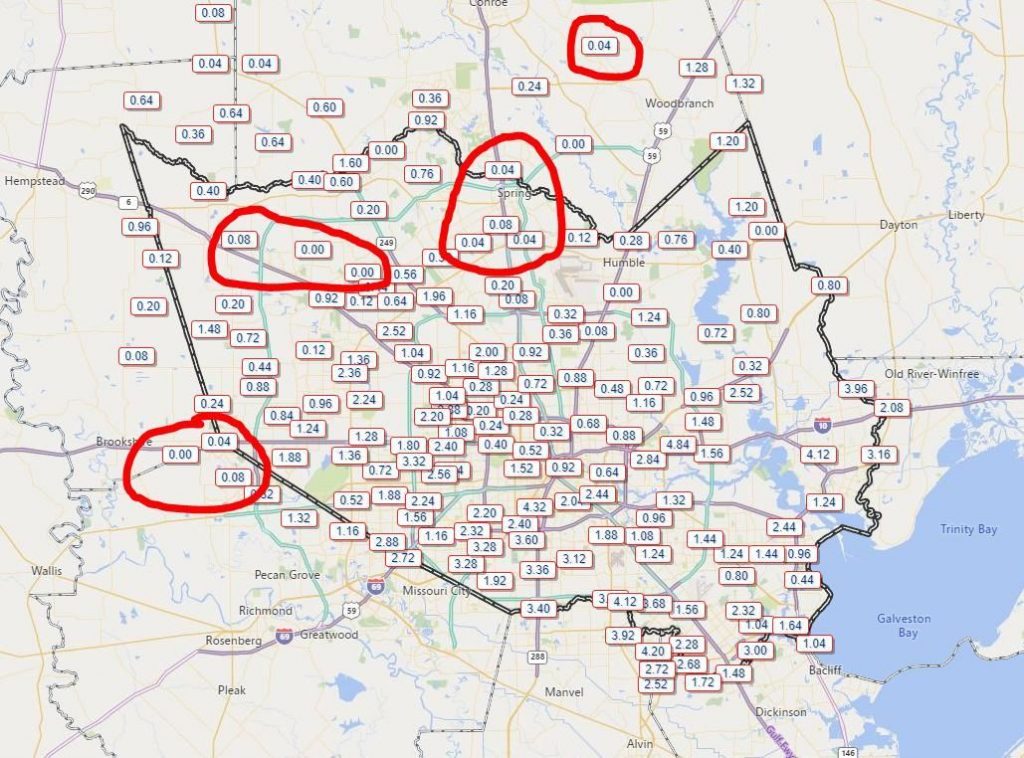 If you’ve missed the rain train so far, you’ve got several more days of healthy rain chances ahead. We look to remain in a fairly wet pattern through the weekend, with perhaps Friday offering the best overall chance of showers this week.

Today should be similar to Tuesday, albeit with slightly less coverage. Overall, skies should be mostly sunny, with storms popping up around noon just inland from the coast and migrating into the interior of the region by around 6pm or so. They should end by or before sunset. Similar to Tuesday, some of these storms could be fairly intense, with short-lived, high rainfall rates that quickly drop an inch or so. Let’s go with a 30 percent chance of rain, with highs in the mid-90s.

Another day similar to Wednesday, with slightly better shower coverage as the Houston area begins to open up to Gulf moisture. Let’s call it 40 percent rain chances with highs in the mid-90s.

This looks to be the wettest day for the rest of the week, as coastal parts of the region are likely to fall on along the western periphery of a surge of Gulf of Mexico moisture that will mostly remain offshore, or push northward into Louisiana. Coastal areas, such as Galveston, may see 1 inch or more of rainfall, while areas inland are perhaps only in about the 30 percent rain chance ballpark. Highs will depend upon cloud cover and local rainfall.

Depending upon how fast the region dries out after the surge of moisture, the weekend could see a healthy 40 percent chance of daily showers, or be quite a bit drier. For the most part, I expect partly to mostly sunny days, with highs in the mid-90s. If I had outdoor plans, I’d be cautiously optimistic. 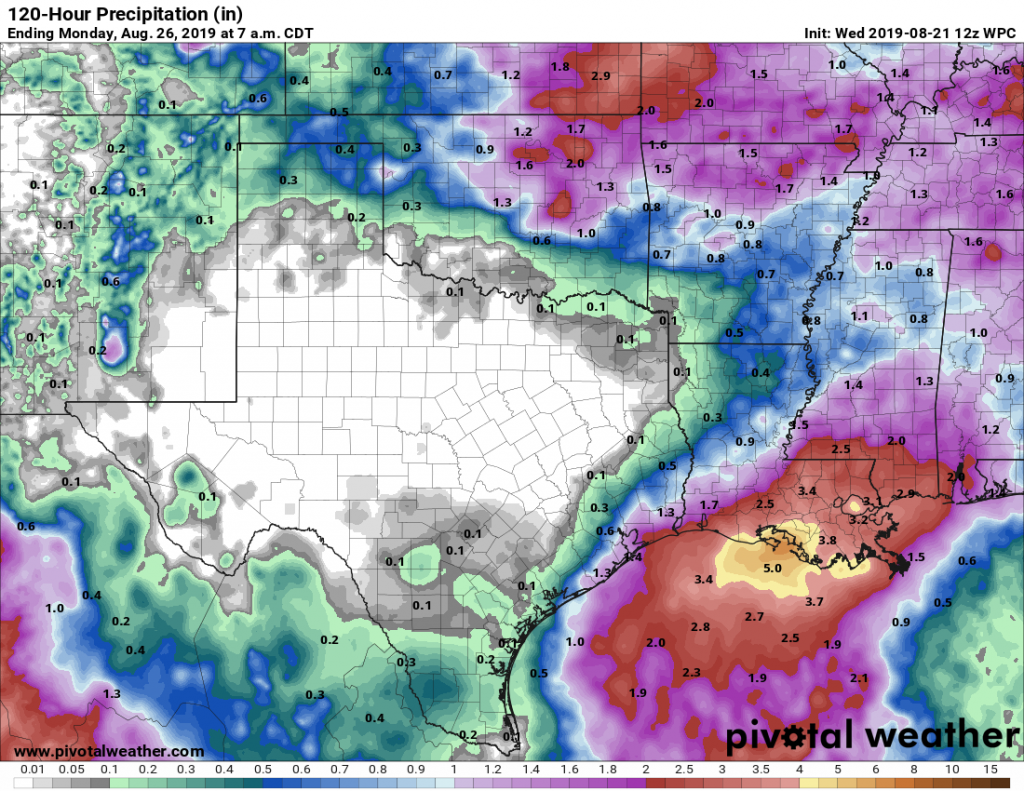 Rain chances fall back to typical summertime levels at the start of next week as high pressure begins to exert some influence, but we still will probably squeeze some showers out along the sea breeze. The global models are also still flirting with some kind of front in about 10 days that could bring overnight lows down from the 80-degree level they’ve been at for awhile into the lower 70s. Sure hope that happens, but it’s a long way out.