Alright, so it isn’t spooky quiet per se, but I wanted to get the spirit of Halloween in this post. It’s quiet in the weather department around Houston. It really hasn’t been so bad lately, though I think a good bit of us would prefer some slightly cooler temperatures. We may get our wish later next week.

First off, Eric talked earlier this week about drought returning to Texas. Indeed it has. Yesterday’s Drought Monitor update showed coverage of moderate (D1) or severe (D2) drought nearly double in Texas from 5.9% last week to 10.8% this week. 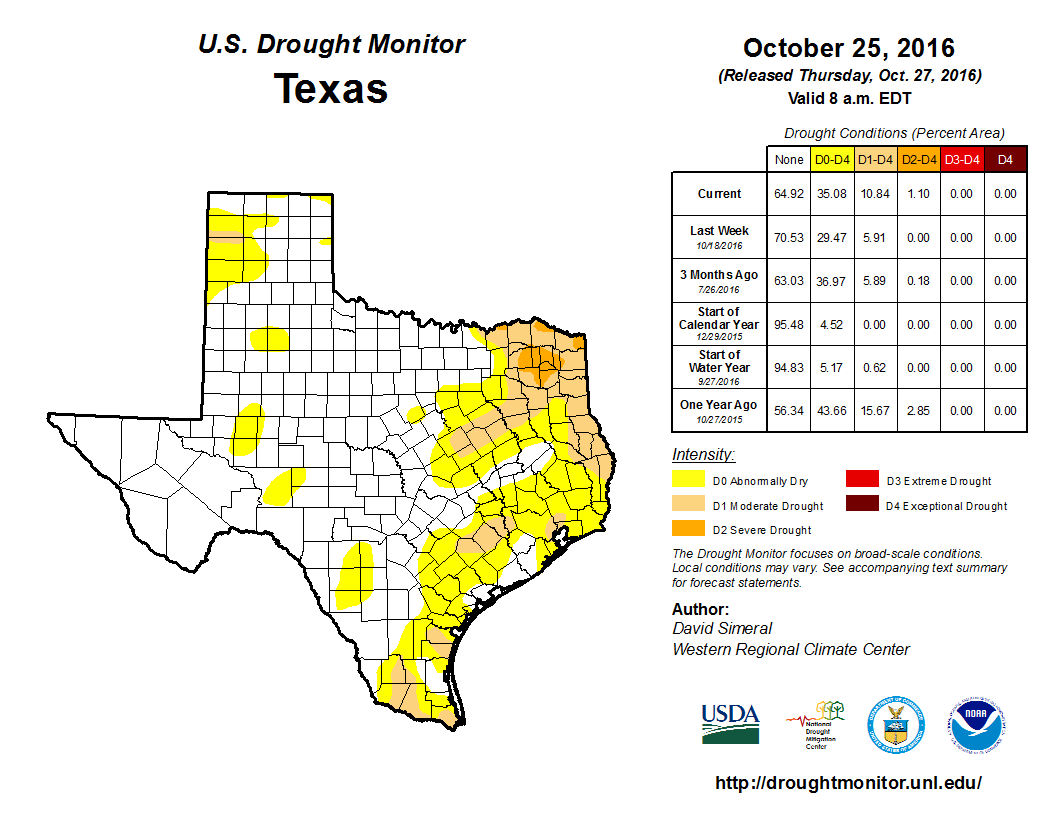 After a dry month or two, coverage of drought is expanding in East Texas. (US Drought Monitor)

Most of this is in northeast Texas east of Dallas. But the area around Southeast Texas has grown also, with areas just east of the city and much of Waller, Austin, Colorado, and Lavaca Counties now in moderate drought. Even with some rain chances next week, total rainfall continues to look a bit sluggish in our region, so I expect we’ll see this dry weather maintain its grip on much of the state.

There are no troubles to speak of right now. A few things to keep an eye on: There is some potential for fog and potential for a shower or two. Inland fog may be around this morning, and we may see further fog development tomorrow morning and Sunday morning. This isn’t a huge deal, really; this is me filling space. But it’s something you may notice. The shower chance is really, really low this weekend. But unlikely as it is, a sprinkle or brief shower may pop up on Saturday or Sunday afternoons, mainly south or west of the city. Our Texanscast looks good for tailgating though. 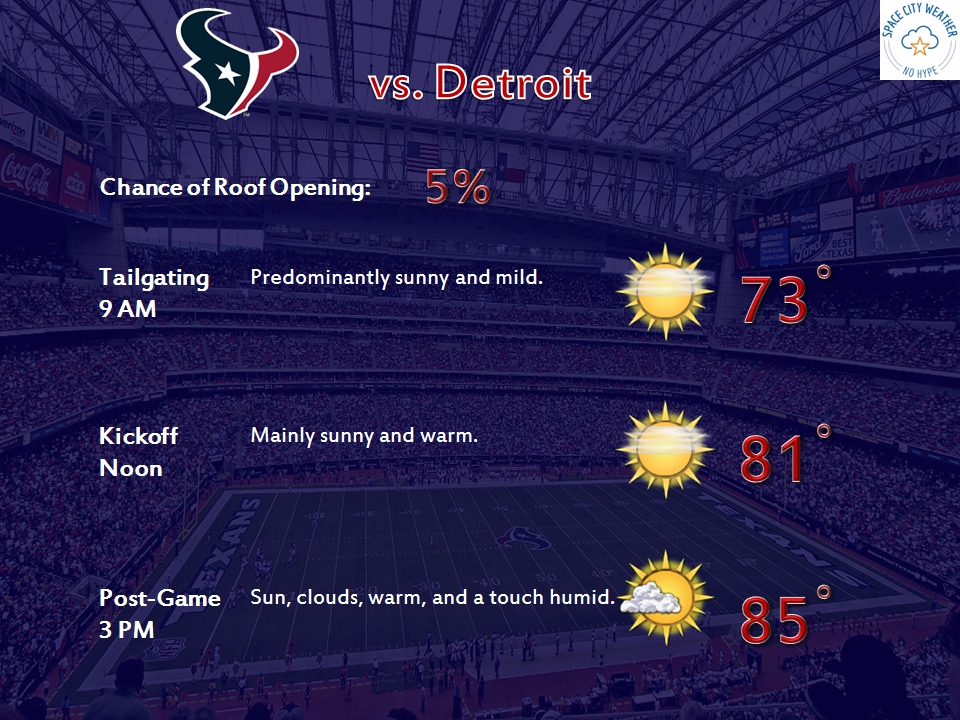 Halloween looks just like an extension of the weekend: Sun, clouds, 80s, and just a slight, slight chance of a shower or a sprinkle or two. Trick or treating looks fine, albeit warm and somewhat humid, with temperatures in the mid or upper 70s.

Things get more lively in the weather department after Monday. Onshore flow should strengthen a bit. This brings a better chance of scattered showers Tuesday and Wednesday (along with more humidity). The models differ a bit on what happens Tuesday, but we may have a handful of decent showers around. That shower chance extends into Wednesday, though it looks to drop a bit. And by Thursday and Friday, shower risk trends closer to zero. The models have backed off on a true autumn front, I think, but they still show cooler, drier air later next week.

The GFS dewpoint forecast on the map above doesn’t show a slicing front like we often see this time of year, but it does show a general decrease in dewpoints later next week over the area. So it will dry out and cool off somewhat, but I’m not sure this is a true change back to autumn. We’ll follow it for you.

4 thoughts on “Spooky quiet heading into the weekend”