Good morning. We’ll have one more mild day before a potentially stormy Wednesday and Wednesday night, which will herald the arrival of a cold front. This front will then usher in a very fine spring weekend for Houston, with mostly sunny skies extending through the Easter holiday.

Temperatures have fallen to near 60 degrees this morning, but we’ll warm up pretty quickly under partly sunny skies. Highs today will reach about 80, and perhaps a bit higher where sunshine is more consistent into the afternoon hours. The other feature of note will be strong southerly winds, which could gust above 20mph. Conditions Tuesday night will be warm and muggy, with temperatures unlikely to fall below 70 degrees for most of the region, and cloudy skies.

A storm system will move across the state of Texas on Wednesday, and Wednesday night, and Houston will lie along the southern periphery of the main action. We’re in the middle of spring storm season, and this front may deliver a combination of heavy rainfall, hail, and possibly even damaging winds. However, the dynamics for these heavy rains are more favorable for central Texas than closer to the coast, and that’s reflected in NOAA’s storm outlook: 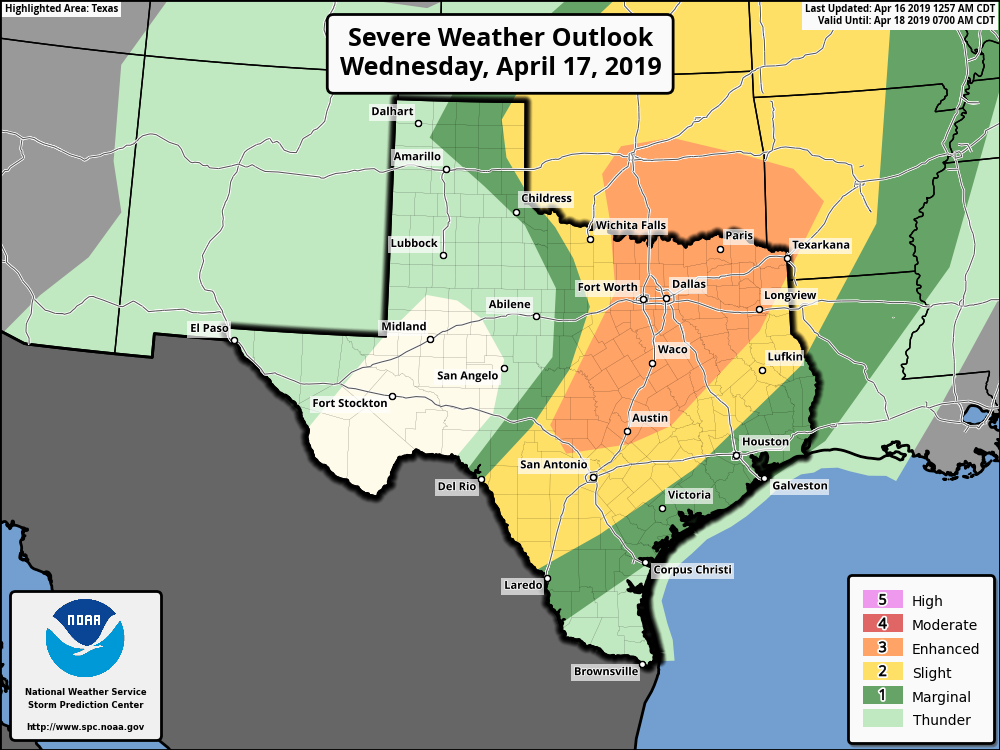 The bottom line is that we’ll see a chance of showers on Wednesday, with the best rain chances after midnight Wednesday, and early on Thursday morning. Rain accumulations for Houston likely will be somewhere between 0.5 and 1.5 inches, with the higher-end totals more likely for areas north of Interstate 10.

Westerly, drying winds will bring an end to rain chances later Thursday morning, or during the early afternoon hours, and conditions that evening will be breezy—with winds gusting to perhaps 25mph—and cooler with lows falling into the 50s. Friday will see some more westerly winds, with sunny skies and highs in the mid-70s.

Saturday looks to be a the prime pick for the weekend, with a cool start in the 50s, completely sunny skies, relatively dry air, and highs in the low 80s. If you’re planning outdoor activities, the weather looks exceptionally fine, but don’t forget the sunscreen as the Sun is increasingly higher in the daytime sky as we get closer to the Summer solstice in June. 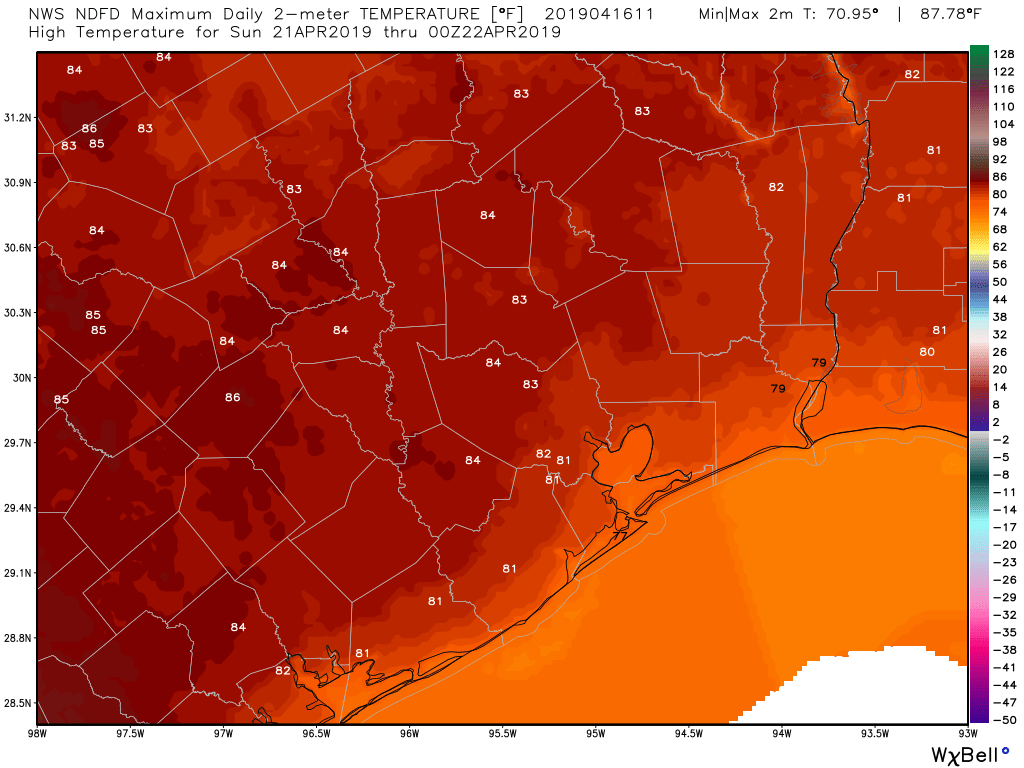 For Easter Sunday, the day will start warmer, in the low 60s, and and highs will probably climb into the low- or possibly mid-80s. As winds shift to return from the south, we’ll see some more humidity, but I don’t think it will be too oppressive. Rain chances should be near zero, so again, anything you have planned for outdoors this Sunday should be just fine.

Rain chances probably won’t return until Tuesday or so of next week.

4 thoughts on “Storms likely north of Houston on Wednesday night”