After a quiet start to Memorial Day weekend we have some concerns about the second half of the holiday for the greater Houston area as our weather turns stormy. The problems should develop later this afternoon and evening as a weak front approaches the region from the northeast at about the same time as temperatures reach their warmest levels around 90 degrees.

For today, the principal area of concern is north of Interstate 10, where increasingly unstable air should allow for the development of thunderstorms, some of which could become severe. We’re going to have to watch for the possibility of damaging winds and hail, as well as some brief, localized flooding. I would not be surprised to see some areas pick up a quick two or three inches of rain in a short period of time. 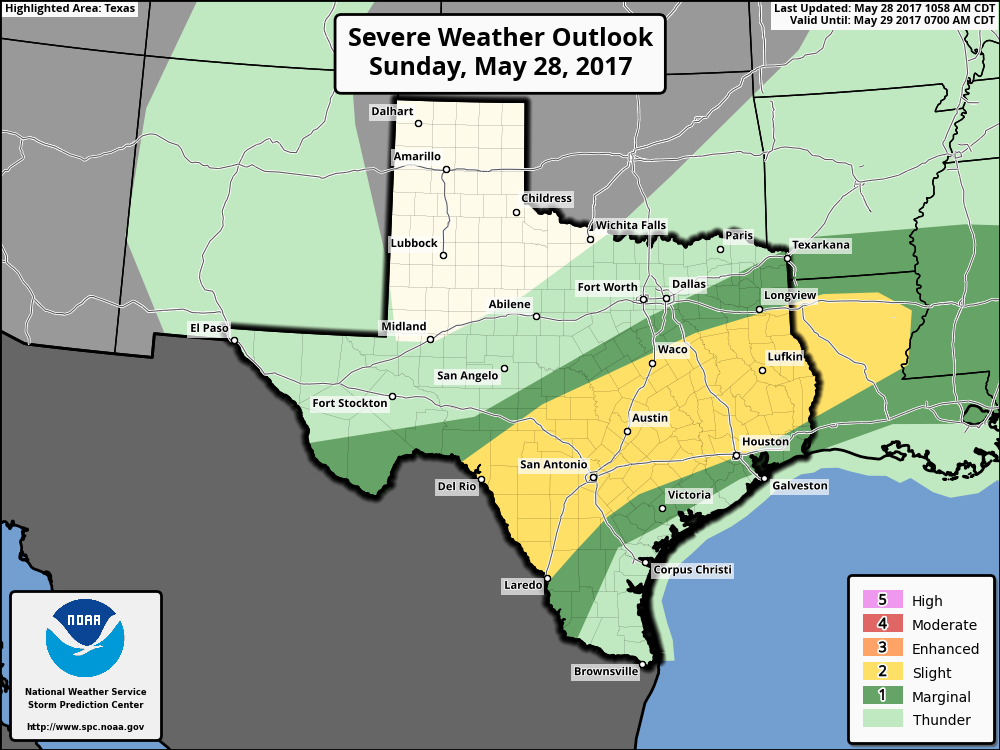 The forecast for Memorial Day is fairly complicated, because in addition to the diffuse frontal system, an area of disturbed weather is likely to move up the Texas coast, from Mexico. This could drive some rain showers and thunderstorms along the coast during the morning and midday hours, adding to the mess.

Overall, the likelihood of intermittent storms is fairly high for the Houston area through the holiday weekend, from Sunday afternoon, onward. While I’m not too concerned about flooding issues, I do expect most of the region to get 1 to 2 inches of rain, with higher isolated totals. For most of next week, the weather appears likely to remain unsettled, which isn’t a terrible way to start June as it will keep highs in the 80s, rather than the low 90s. But we will have to watch for potential flooding later in the week, depending on just how much rain comes between now and then.