A broad area of disorganized showers and thunderstorms continues to move westward across the Gulf of Mexico, and should push into the Texas coast late on Monday or early Tuesday, based upon present trends. As it has so far failed to coalesce into a better organized system, the National Hurricane Center has dropped the chance of development to 10 percent. However, this was never really the issue with this system—as mentioned on Saturday our concern with this tropical swirl has been moisture and precipitation rather than winds and storm surge. 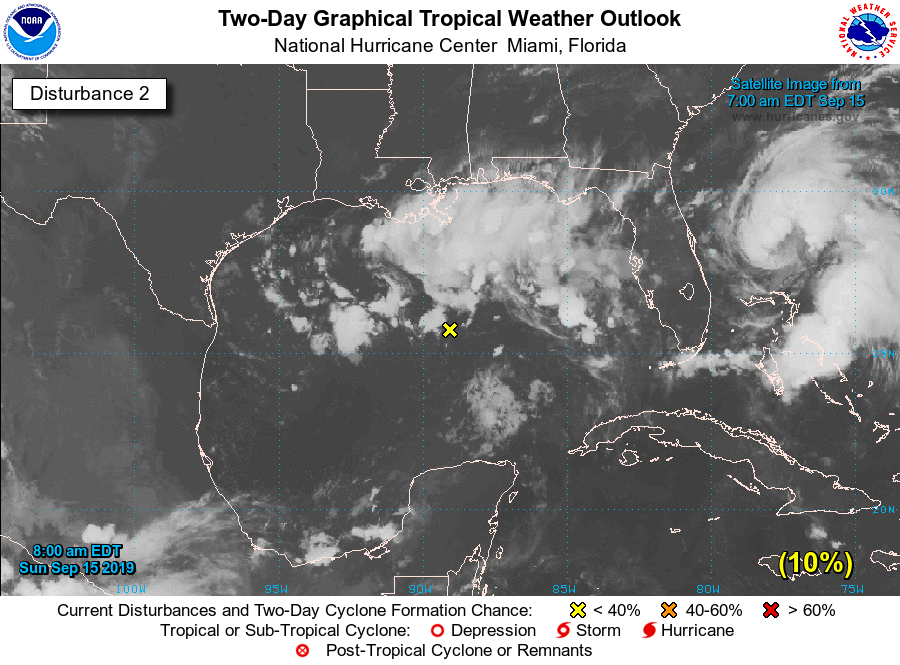 It is quite hard to say how much rain the Houston area, and by extension, the Texas coast will get. Much of the model guidance is fairly well behaved, bringing 1 to 3 inches to the coastal areas of the state from Monday through Thursday. The best rain chances are most likely around the Coastal Bend of the state, including the Matagorda Bay area. However, there are some outlier forecast models that bring quite a bit more, like 5 to 10 inches (i.e. Canadian and ICON models) and to different parts of the state. It is hard to totally discount these outliers given that this is a a fairly slow-moving system, and will be bringing a lot of tropical moisture with it. 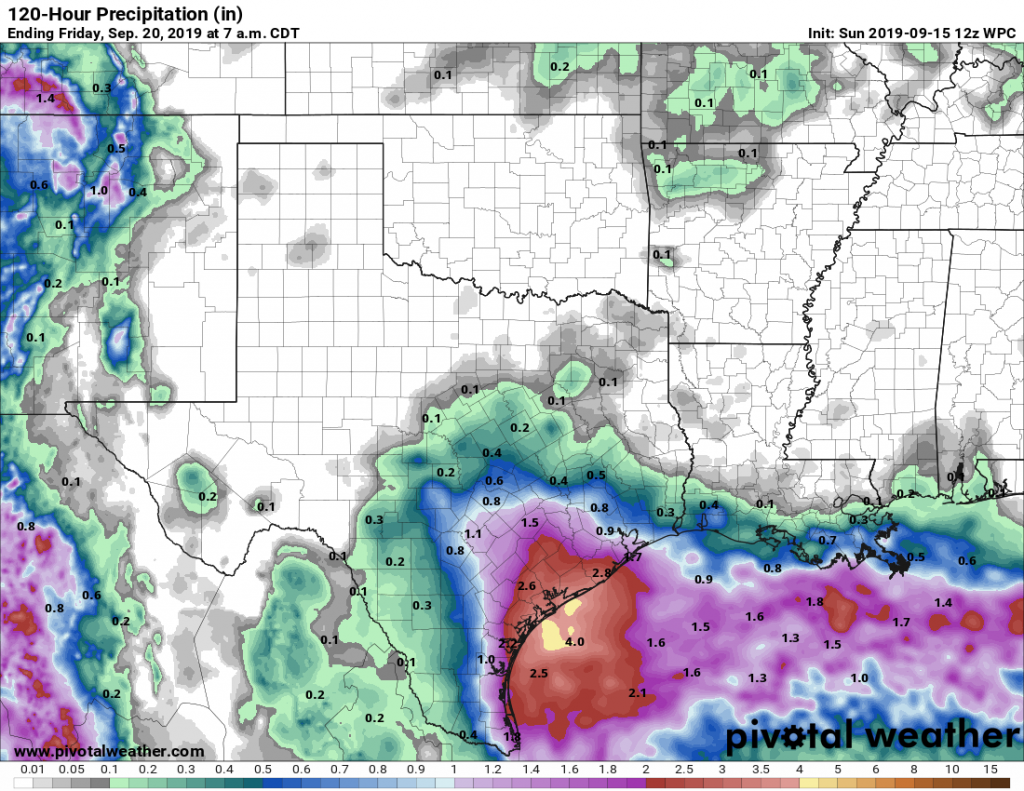 Until the models come into agreement it’s hard to have too much confidence in what will happen. I’d say there’s an 80 percent chance, roughly, that most of the Houston metro area sees 1-3 inches of rain this week—which is fine, the region needs the rain and the cloud cover should knock high temperatures down to around 90 degrees. But there is probably a 20 percent chance that we’ll see somewhat more rain than that, and attendant flash flooding on roadways and such.

For planning purposes, expect he heaviest rainfall to begin on Tuesday, and probably run through Thursday morning. If this outlook changes dramatically, or we get some more clarity in the forecast, we’ll update later today.

5 thoughts on “Sunday update on tropical disturbance tracking toward Texas”