Some readers may note that the National Hurricane Center has begun tracking an upper-level low pressure system over the eastern Gulf of Mexico (note, this is distinct from Tropical Storm Humberto). This is because the forecast models have gotten a little bit more excited about the possibility of this system evolving from a low pressure system in the upper levels of the atmosphere into a low pressure circulation at the surface. 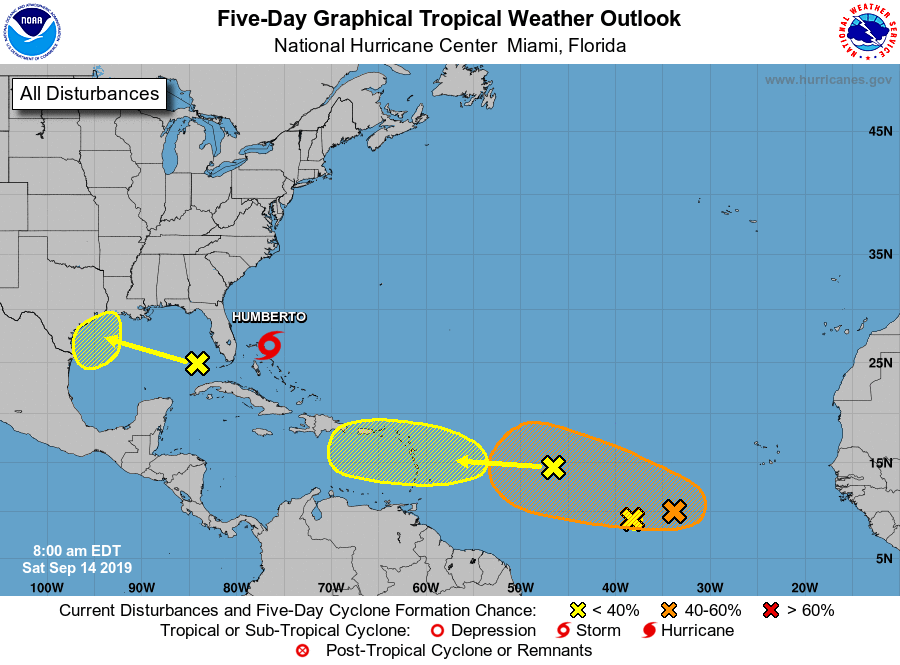 The hurricane center gives this feature a 30 percent chance of developing into a tropical depression or storm as it moves westward toward the lower or central Texas coast, probably coming ashore on Monday or Tuesday.

I’m sure there will be a lot of hoopla about this system over the next couple of days, and some of that is justifiable because one never likes to see low pressure over the Gulf of Mexico in mid-September. With that being said, this one has a long way to go before becoming organized. All of the best global models keep it at tropical depression status right now. So while we cannot rule anything out. I am reasonably confident that we are not looking at a situation in which a hurricane approaches Texas early next week. 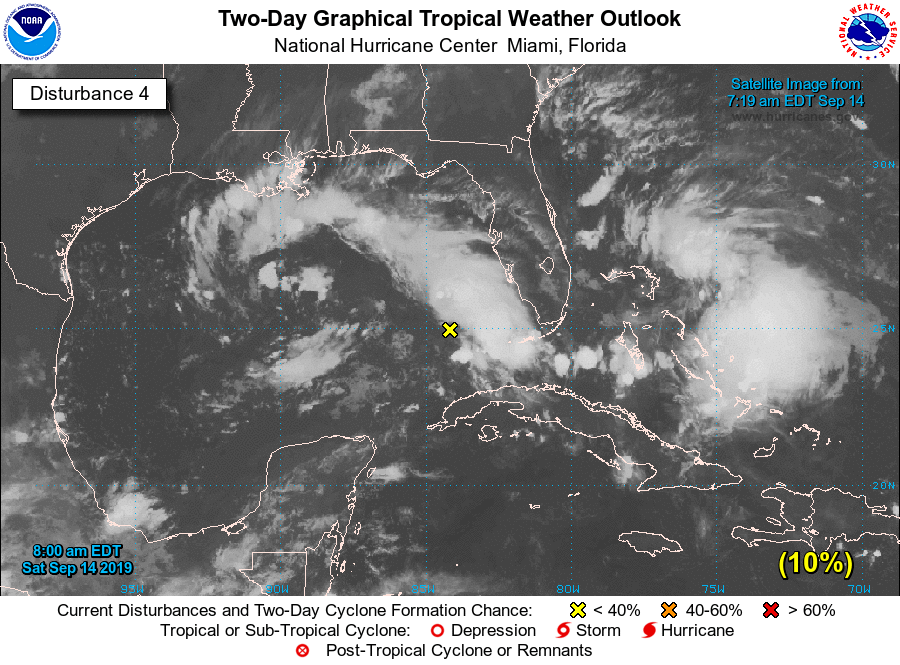 Satellite image of the Gulf system on Saturday morning. (NOAA)

However, even disorganized tropical systems can produce heavy rainfall, and that will be a threat along the Texas coast beginning on Monday. How much of a threat remains to be seen, as there is a considerable spread in the model forecasts. The European model paints a bullseye of 4-6 inches around Matagorda Bay and Victoria, with lesser amounts north and south of there, including for the Houston region. The GFS model keeps totals mostly confined to 2 to 3 inches along most of the Texas coast. Another model we’ve been following more, the Germany-based ICON forecast system, keeps the heaviest rain offshore but does bring 4 to 6 inches into Harris County during the middle of next week. 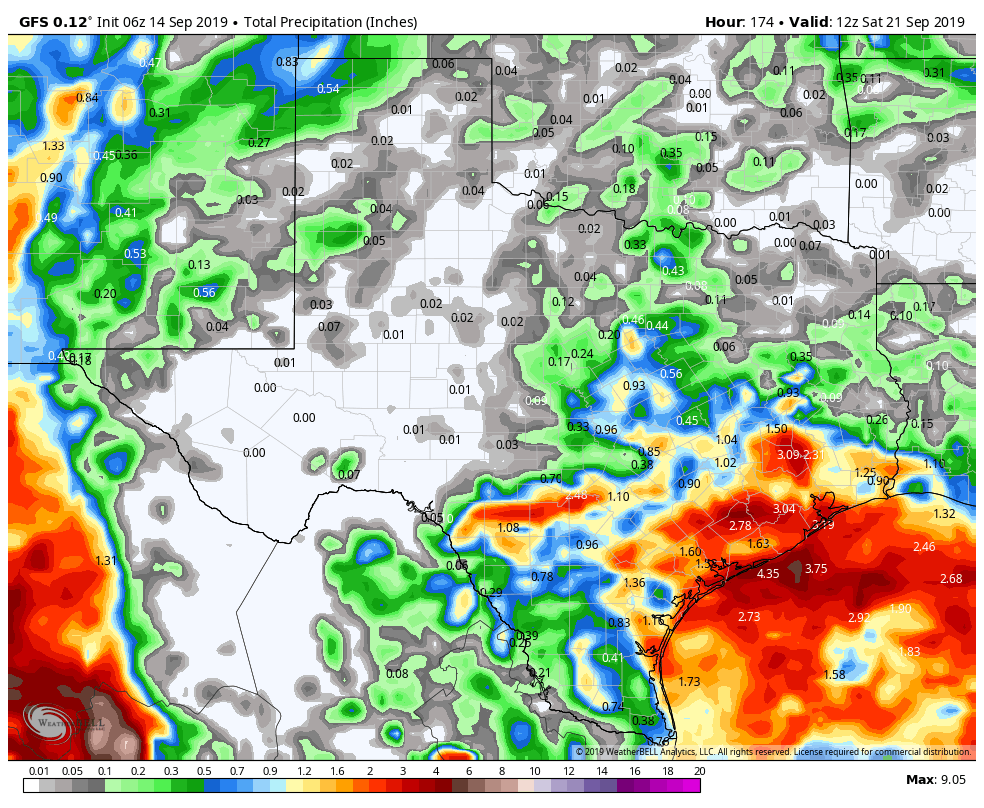 Cumulative precipitation forecast for next week from the GFS model. (Weather Bell)

The bottom line is that we are not overly concerned about development of this system into something that threatens Texas from a wind or surge perspective. However, we are watching for the potential for heavy rain during the Monday through Wednesday period next week. We’ll be watching it closely and updating accordingly.