Good morning. Lows have bottomed out at around 60 degrees this morning, and now we’ll see warmer conditions through the weekend as the onshore flow gets going. Houston’s very, very dry air from earlier this week is now long gone and we’re not quite sure when it will return.

Rising moisture levels have led to the formation of some clouds this morning, but skies should clear out some this afternoon, allowing highs to climb to around 80 degrees. Winds will generally be light, out of the southeast. Overnight lows should only drop to the mid-60s for most areas tonight. These temperatures are about 10 degrees warmer than we normally would experience in late November. 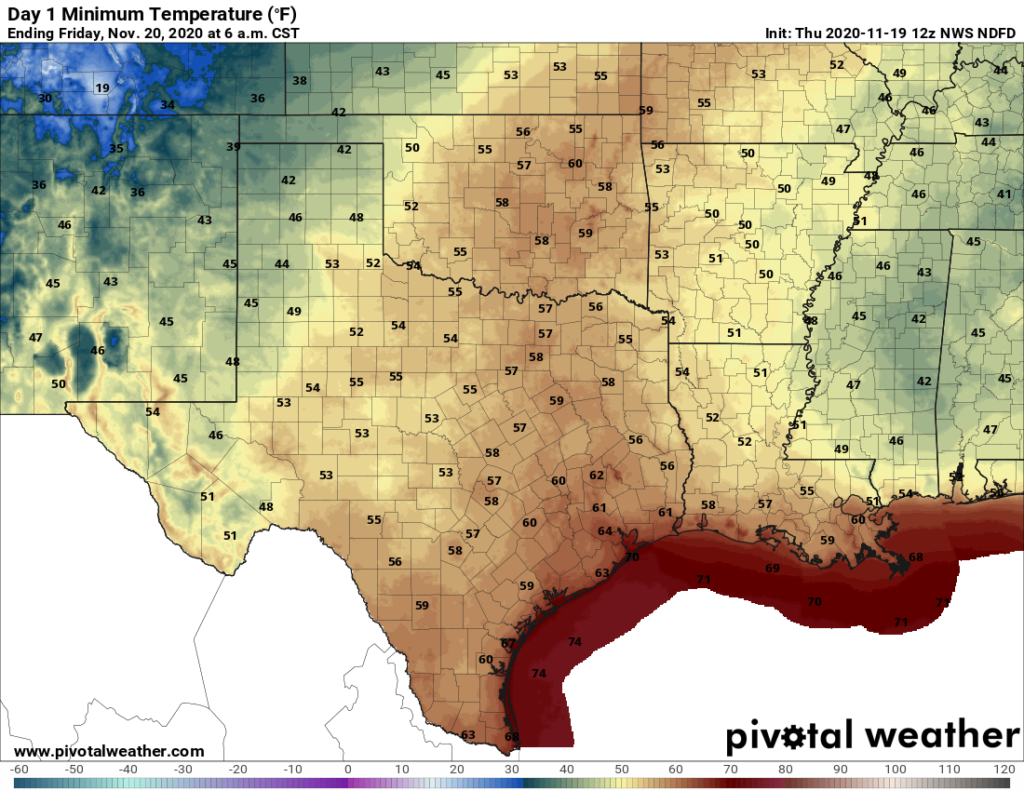 With light winds, and little difference between dewpoints and temperatures, we likely will see some fog develop on Friday morning across parts of the Houston region. There’s some split in the models, but I think we’ll probably see at least partly, if not mostly cloudy skies during much of the daytime. There is maybe a 10 percent chance of rain on Friday, but don’t hold your breath for a fleeting shower.

The first half of the weekend will probably see partly to mostly sunny skies, with highs near 80 degrees. There’s really not much to complain about here, but the air definitely won’t feel crisp, with fairly high humidity levels pervading.

The second half of the weekend should bring more of the same, mostly sunny weather and highs of around 80 to the region. There may be, again, some slight rain chances for the region during the daytime but it’s a low-end chance of 10 to 20 percent. Our next front is still a very strong “probably” in terms of pushing into the region. I think it will have enough oomph to make it to the coast by Monday morning but I can’t guarantee it. 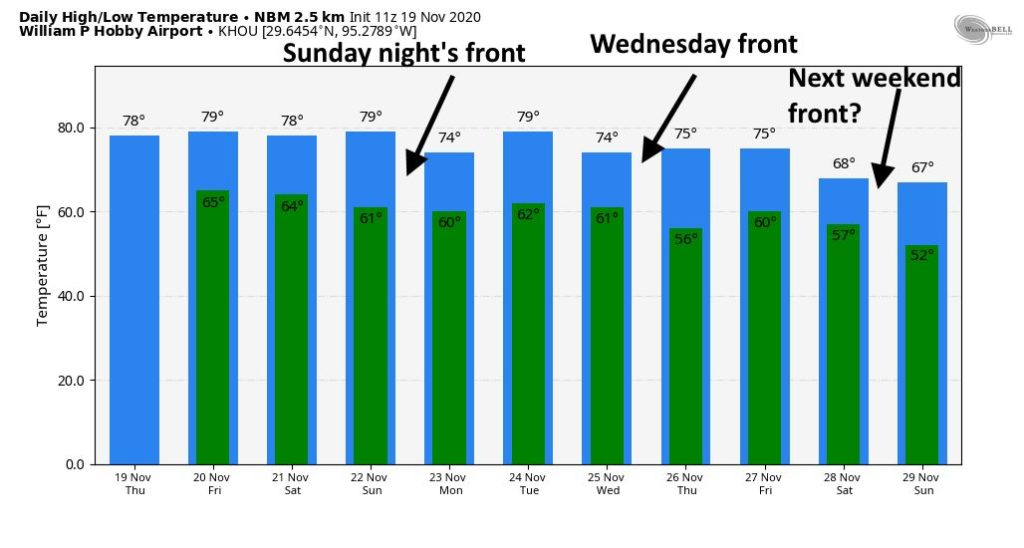 On overview of three possible, but not guaranteed fronts. (Weather Bell)

Next week and Thanksgiving

The front should knock highs back into the 70s, with some drier air, and overnight lows may drop into the mid- to upper-50s for Houston. (But again, this is contingent on the front making it all the way through).

The models are similarly pointing to another weak front arriving on Wednesday or so, which would just be in time to bring us a Thanksgiving with drier air and highs in the 70s. But this is not a certainty either. For those seeking demonstrably cooler air, we probably will have to wait until next weekend, at the end of November.