Houston has had an astonishing month when it comes to tropical cyclones. Four weeks ago we were closely watching Hurricane Laura move along the southern coast of Cuba, toward the Gulf of Mexico. And of course, over the last few days, we dealt with heavy rains from Tropical Storm Beta. So amidst a record-setting tropics season, with more than two months to go until its official end on Nov. 30, could Texas really be done with hurricanes this year?

The answer, we think, is yes. Here’s why: 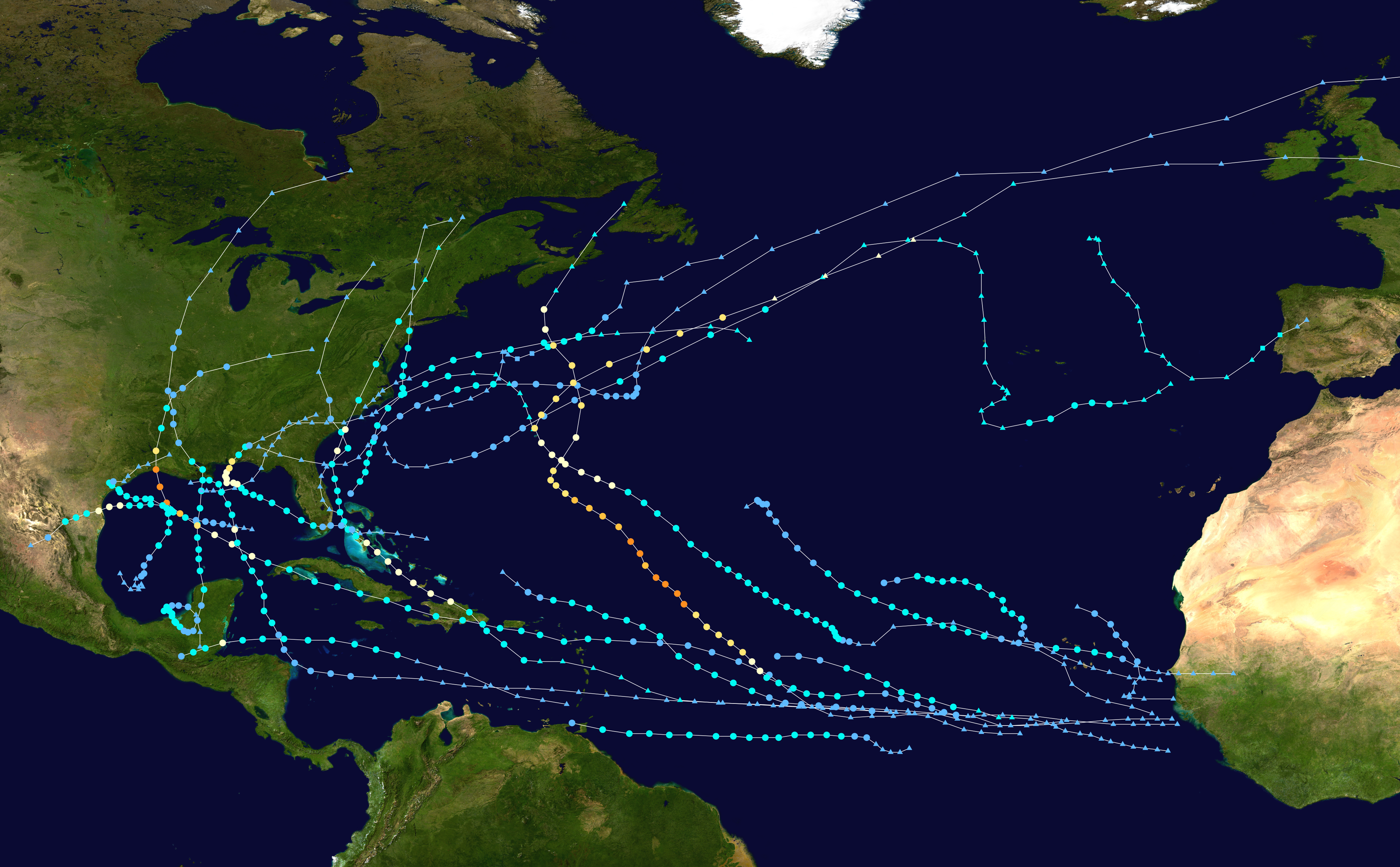 This map shows the tracks of all tropical cyclones in the 2020 Atlantic hurricane season. (Master0Garfield/Wikipedia)

The bottom line is that we have a lot of reasons to feel good about Texas, and the tropics, for the remainder of this hurricane season. We’re not here to tell you what to do, but if you want to breathe a sigh of relief, it’s probably warranted. Should anything threaten Texas from the tropics, we will of course let you know. But at this point we’d bet against it.

Houston will continue to enjoy nice weather on the back side of Beta as it lifts from Louisiana into Mississippi. That means northerly winds, some clouds, and highs of around 80 degrees. Low temperatures tonight should drop into the upper 60s across the Houston area.

A similar day to Thursday, although with Beta moving further away our northerly winds will shift to become easterly. This, in concert with at least partly sunny skies, should allow high temperatures to get into the mid-80s.

This should be a fairly warm late-summer weekend. Look for mostly sunny skies, with highs in the upper 80s to about 90 degrees. Lows will generally only fall to around 70 across the region. Rain chances are probably 10 percent or less each day. 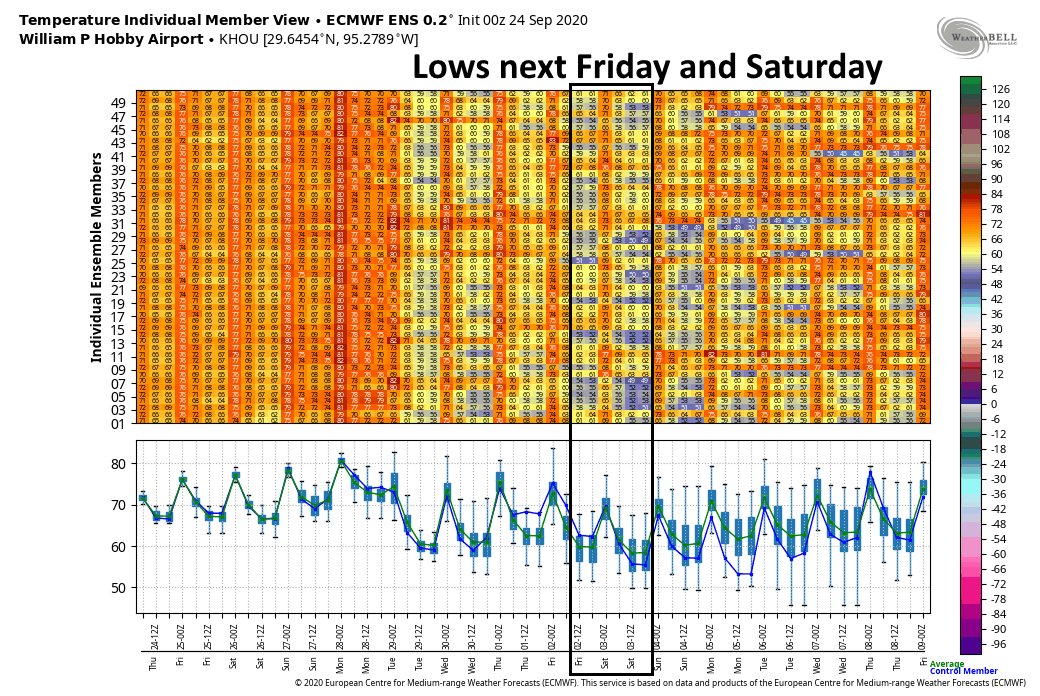 Highlighting lows for Oct. 2 and Oct. 3 from the European ensemble forecast. (Weather Bell)

Our weather early next week is difficult to parse, because we’re not sure whether a moderate front will make it through on Monday. If it does we can expect some cooler weather, but if not we’ll probably see a couple of more days with highs of around 90 degrees. Regardless, we have pretty high confidence that a stronger front will make it through on Wednesday or Thursday. There remains a pretty good chance that at least northern parts of the metro area will see lows in the 50s by late next week or the weekend—making it really feel like fall. Is anyone else ready for fall?