It has been a wet week for much of coastal Texas, with the combination of moist air moving inland, and the absence of high pressure to keep rainfall at bay. The Valley was hit especially hard, with areas near Harlingen and McAllen receiving in excess of 10 inches and experiencing some pretty significant flooding. Closer to home, parts of the coastal Houston region saw 3 to 5 inches of rainfall. We’ll now mostly dry out for a few days before the potential for some heavier rain returns early next week. 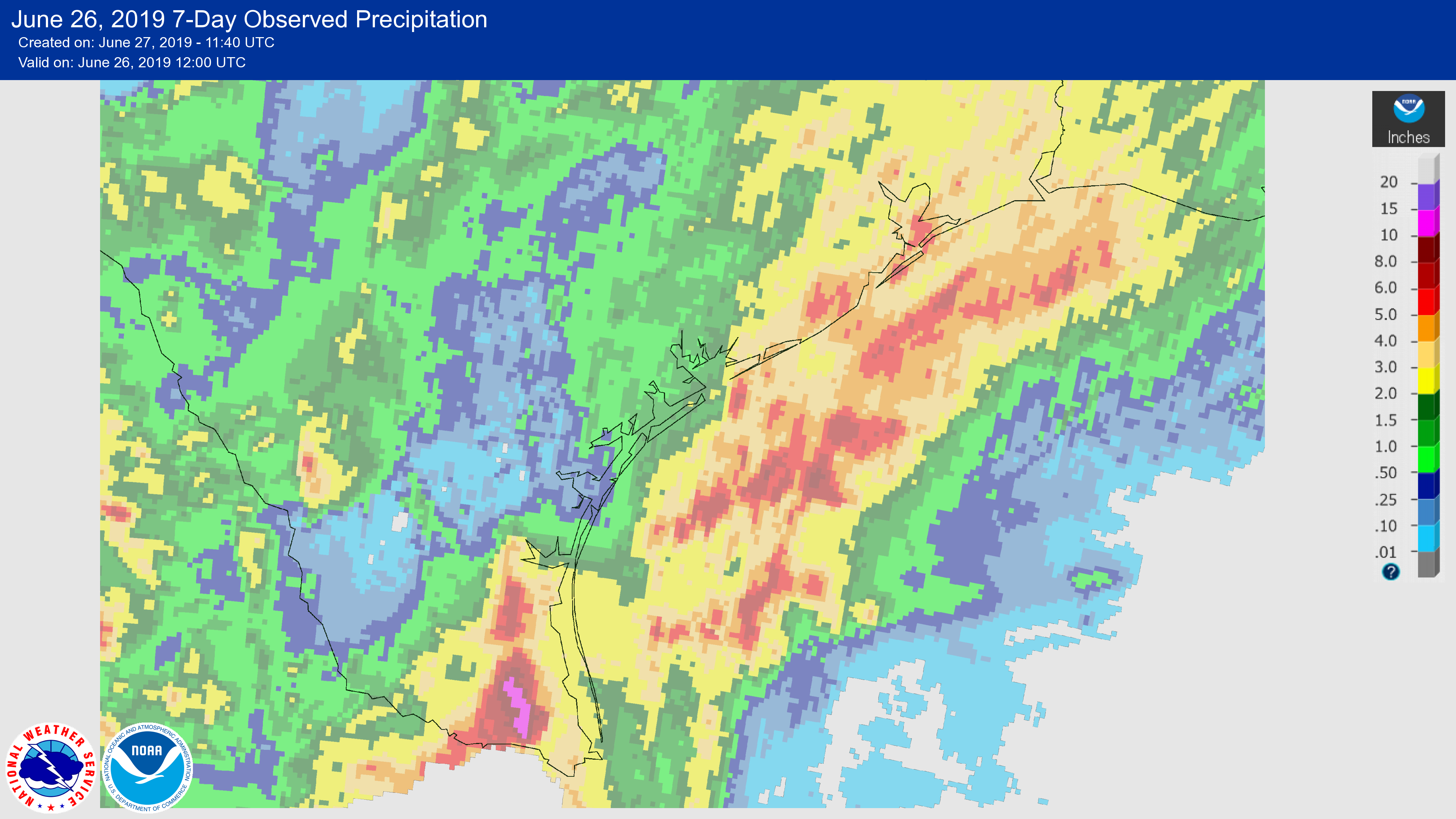 Today should see the return of mostly sunny skies to Houston, although we can’t entirely rule out the possibility of a few isolated, pop-up storms. But for the most part, we’re just going to see a warm, June summer day with highs in the low 90s and moderate southerly winds. Overnight temperatures may lower into the mid-70s—if you’re lucky, and live far enough away from the coast.

This should be a similar day to Thursday, although we’ll probably see rain chances on the order of 10 to 20 percent, again in the form of some pop-up showers. Otherwise, expect mostly sunny skies with highs in the low- to mid-90s.

Of the two weekend days, Saturday now looks the fairer for outdoor activity. High pressure will be sliding away, westward, but atmospheric moisture levels should remain at relatively moderate levels to start the weekend. Effectively this means rain chances of only around 20 percent, and at least some partly sunny skies. Highs probably will get to around 90 degrees—so this is a day for cautious optimism if you’re planning to be outside.

As tropical moisture pushes into Houston, we’re likely to see rain chances jump up to the 40 or 50 percent range, but accumulations should be fairly slight. With partly to mostly sunny skies, any showers that pop up will quickly pass, leaving a humid air mass in place. Expect highs of around 90 degrees.

July will start out cooler in Houston. (Weather Bell)

Rain chances will increase next week, with perhaps Tuesday seeing the best chance of showers as moisture levels surge and the atmosphere setup favors rising air. None of the global models are going too crazy, so I think most areas will probably see 1 to 2 inches of rainfall, with the potential for higher amounts through Wednesday under slower-moving storms. Hopefully these showers behave. Looking a bit further, July 4th, at this point, should be drier and hotter.