Good morning. It has only been 2.5 weeks since Houston experienced its last 90-degree day of 2019. But since then we’ve transitioned rapidly from late-summer weather into fall and now we’re teetering on winter-like weather (be sure and check the forecast for next week below). Anyway, I write that to say that I think today may be one of the region’s last 80-degree days for awhile and perhaps even the last such day of this year. Although that is certainly no guarantee.

We’ll see some high clouds today, but for the most part we can probably expect mostly sunny skies throughout today. Given the sunshine, and flow of warm air, we can probably expect high temperatures to nudge up to around 80 degrees today, or a bit warmer for some inland areas. Lows tonight will generally fall into the 60s—how far will depend upon your distance from the coast. 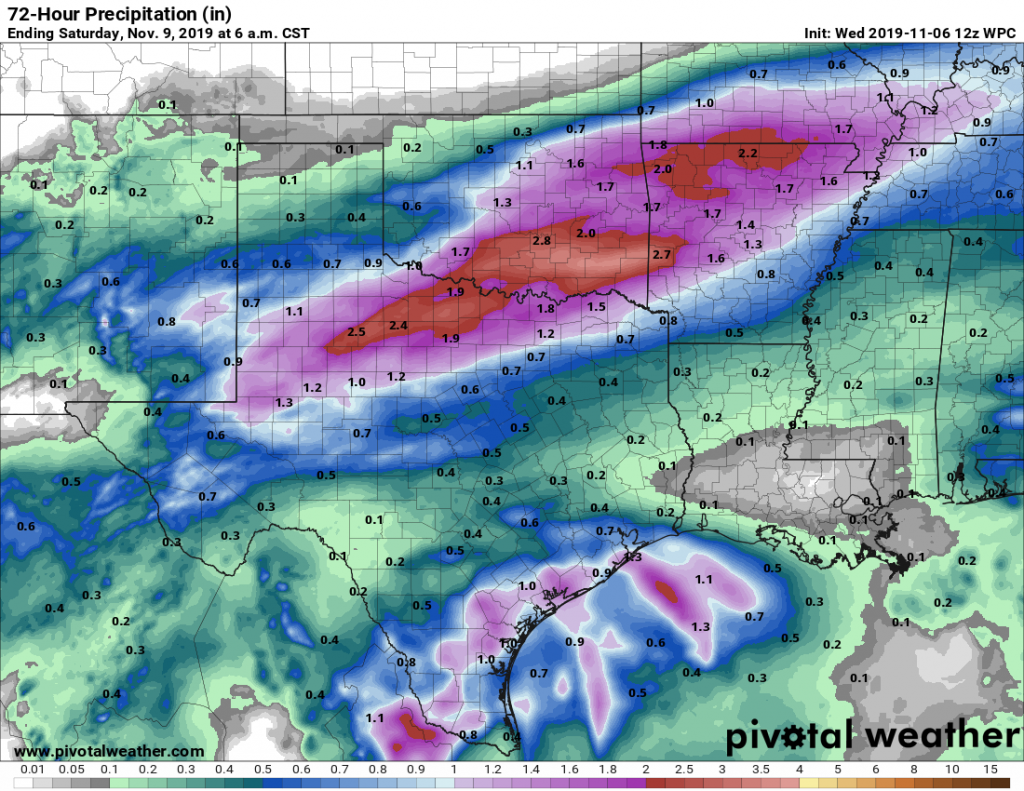 Clouds will build Wednesday night, and Thursday should be a mostly cloudy affair. Highs should generally get into the mid- to upper-70s ahead of the cold front. There is still some question when the front will push into Houston, but I’d guess it will reach northern and western parts of the metro area by late afternoon, and push off the coast by or before midnight—but don’t hold me to that timing. Another question is rainfall. If there’s any agreement in the models it’s that the better chances lie south of Interstate 10, and closer to the coast. I still think most of the region will see between 0.5 and 1.0 inch of rain on Thursday and Thursday night, with the isolated potential for 2.0 inches or more for some areas near the Gulf.

This will be a cool, cloudy, and gusty day during which high temperatures may struggle to reach 60 degrees. We may also see some very light, scattered showers as well, although those probably will have moved on. Friday night will be chilly, in the 40s for most.

The weekend forecast keeps flipping around, I know. But right now we’re back to partly to mostly sunny days with highs in the low 60s on Saturday, and around 70 on Sunday. Lows will moderate but still be cool. Fingers crossed for a fine fall weekend! 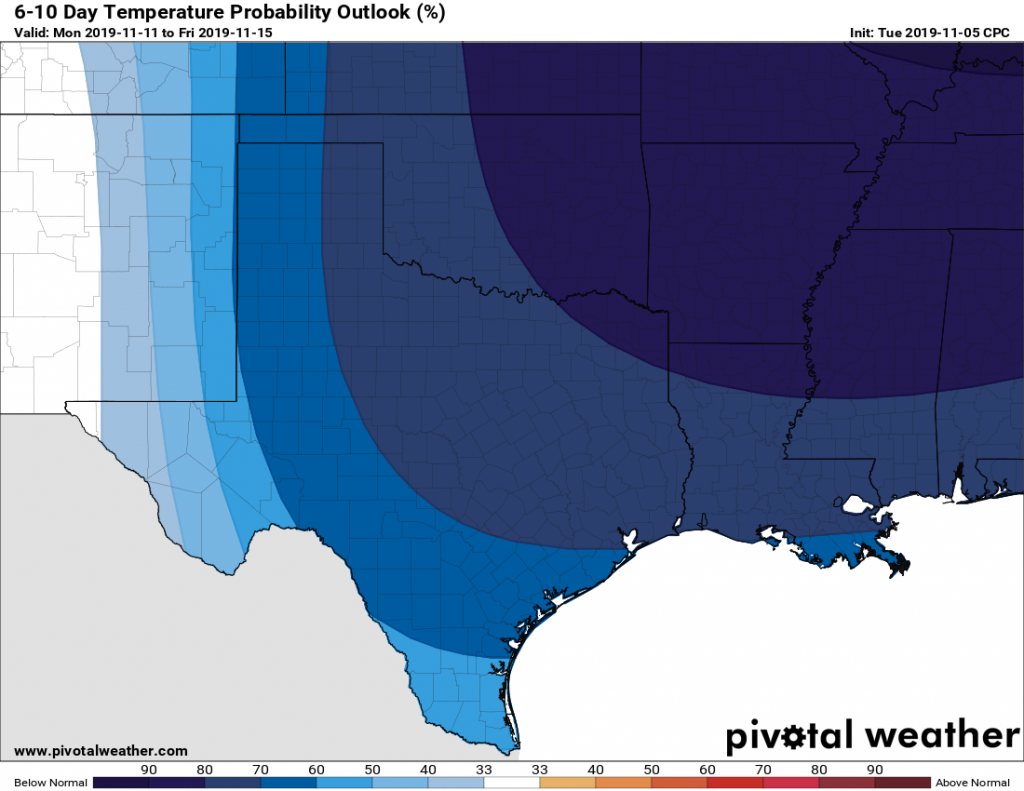 There is a strong likelihood of colder-than-normal weather next week in Texas. (Pivotal Weather)

Veteran’s Day will likely see the passage of another cold front, probably around the middle of the day. This system will be bringing a large mass of cold air into the Continental United States, but there is some question as to how much of this air dives south into Texas—and our happy little home on the Gulf of Mexico—versus getting shunted more eastward away from Texas. I don’t have any confidence in forecast model solutions at this point, so I would guess we’re looking at nighttime lows of around 40 degrees by Tuesday and Wednesday mornings of next week, but they could definitely go lower than that. Also, with the possibility of some lingering precipitation Monday night, I wouldn’t entirely rule out the possibility of some sleet or a wintry mix just north of Houston, but I’d strongly bet against that for now.

The weather for the rest of next week will depend on the amount of cold air that gets funneled into Texas.