Hurricane Irma remains a large, extremely powerful, and dangerous hurricane this afternoon. As one of the forecasters with the National Hurricane Center, Eric Blake noted on Twitter, “Irma has now maintained 185 mph winds for 24 hours—no Atlantic or eastern Pacific hurricane has ever stayed this strong for so long.”

Truthfully, not a whole lot has changed from this morning’s forecast, when we noted the eastern shift in some of the forecast models that kept the center of Irma east of Florida. But not the most important ones. The European and GFS models are definitely not on board with such a solution.

Before jumping into the forecast, here’s the most important message for South Florida residents with regard to Irma: A catastrophic hurricane may approach your location later on Saturday night or Sunday. The time for making final preparations is now. If an evacuation is called for your area, go. If you live in the greater Miami area, what we can confidently say from the modeling data is that there is a reasonable chance—perhaps 50 percent—that catastrophic winds are coming to one of the wealthiest, most well-developed coastlines of the country.

From the forecast perspective, the basic reality is that we aren’t much closer to understanding the ultimate track of Irma this afternoon than we were on Tuesday. If you’ve read this site for any amount of time, you know I like to use ensemble forecasting from the global models to make predictions—this is because ensembles offer a reasonable range of likely outcomes for a given weather event. And in looking at the most recent ensemble runs of the GFS and European models on Wednesday afternoon, there really hasn’t been much of a narrowing in Irma’s likely track this weekend. 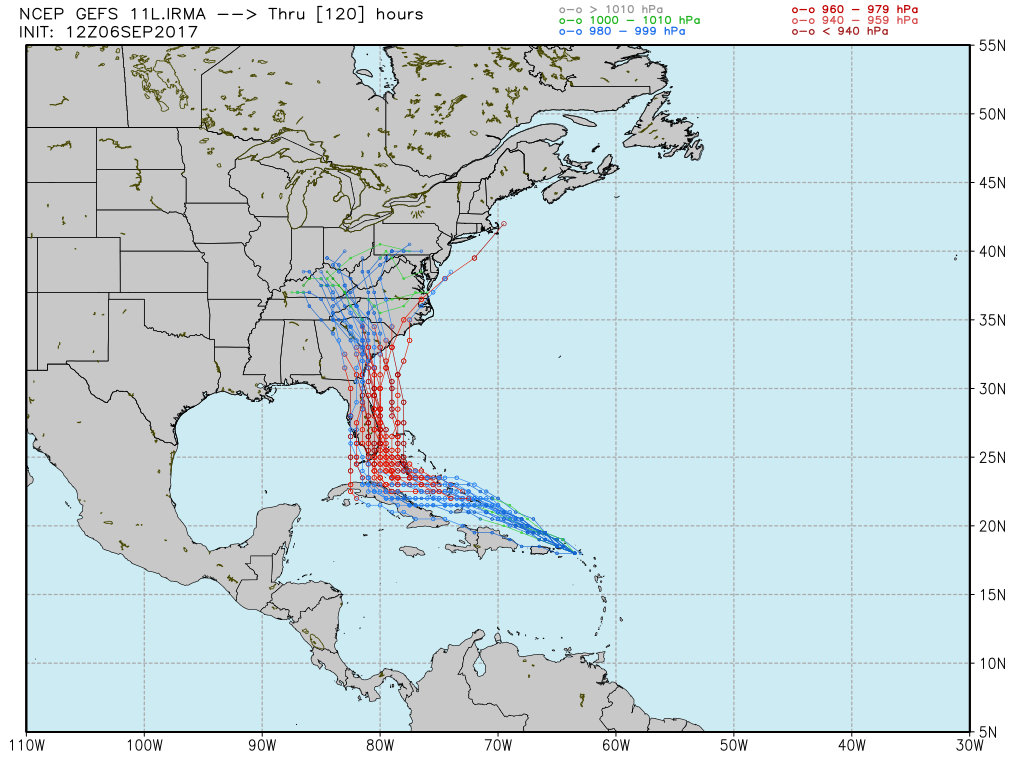 Now there isn’t much clarity here, but the model does seem to be centered upon a track that will bring Irma into the Florida peninsula, or just east of the state. (Obviously the intensity of Irma when it reaches Florida is dependent upon the extent to which the storm traverses Cuba beforehand).

Now let’s look at the 12z European model ensembles. There is even less clarity here. 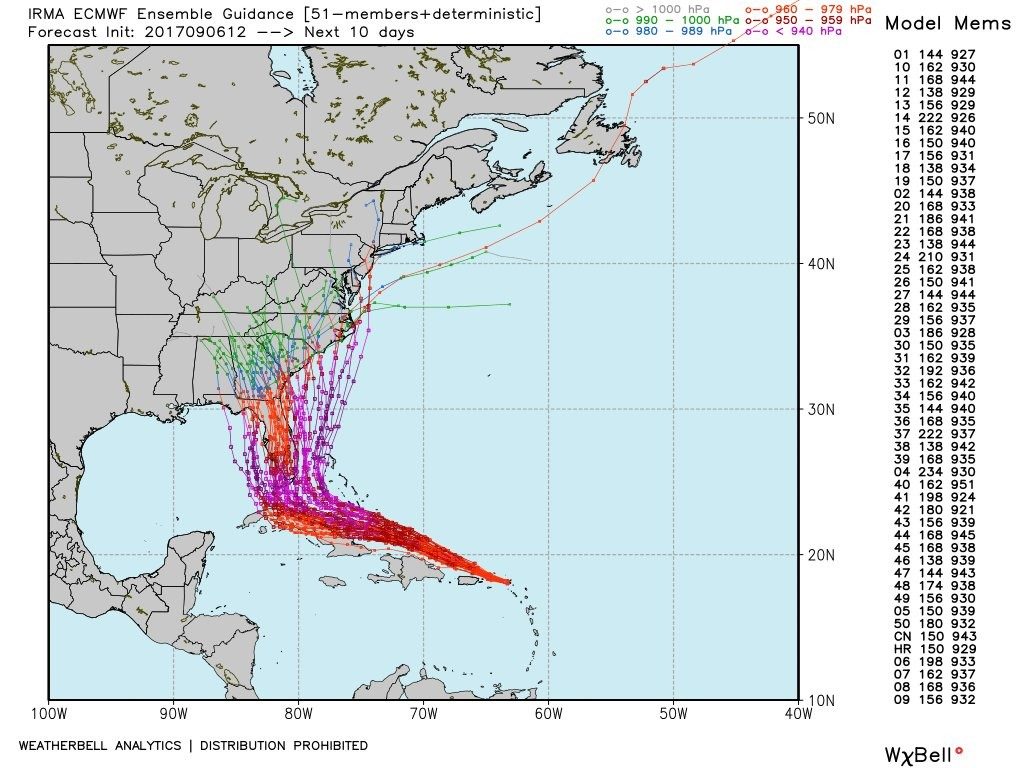 There is a message in this plot. And it is this. The best forecast model in the world, bar none, is struggling mightily with how to handle the track of Irma in about three to four days time. About 30 percent of the ensemble members bring Irma across Cuba and into the eastern Gulf of Mexico, about 40 percent bring the storm into southern Florida, and about 30 percent keep it off the east coast of Florida.

Do you know what that means? It means we are no closer to having a great handle on where Irma is going to go this weekend. Almost certainly, the storm is going to bring catastrophic wind and storm surge to the Florida Keys, greater Miami area, or the Bahamas—and perhaps two of these three areas depending on the final track. But don’t believe anyone who tells you exactly where. Because if the European model doesn’t know (and the GFS model is struggling, too), then we’re all in the dark.

Hence, my initial message to people in Florida offered above: A catastrophic hurricane may approach your location later on Saturday night or Sunday. In this case the “cone of uncertainty” in the National Hurricane Center’s 4pm CT update really is accurate. The storm could go anywhere in there. 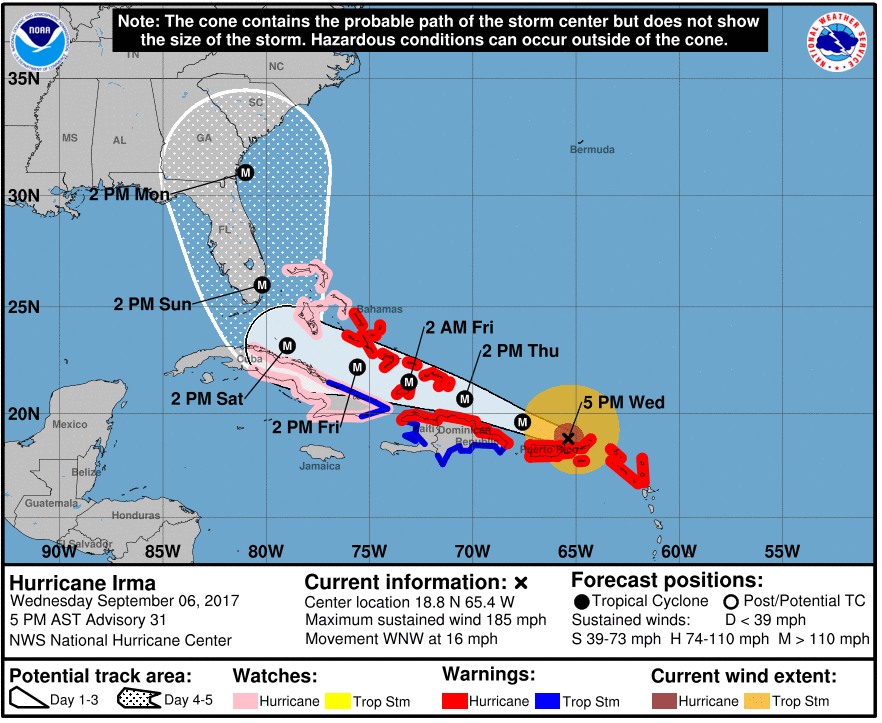 We’ll have a new post early Thursday morning, when hopefully the forecast models are a wee bit more helpful.

22 thoughts on “Where will Irma go? The world’s best forecast models aren’t sure”