In Thursday afternoon’s post on Hurricane Dorian, we called attention to the high uncertainty in the track for the storm—and that remains the case this afternoon. Before discussing this, let’s just note that Dorian has reached Category-3 status, and will likely be a major hurricane at a Category 3, 4, or potentially even 5 level as it approaches Florida on Monday.

The problem for trying to determine where Dorian goes is that steering currents fall apart over the weekend, and so Dorian’s forward speed is likely to slow to a few miles per hour. This means that it could stall, or wobble offshore, before finally getting pulled in some more definitive direction. At some point it will find the western edge of a high pressure system and get pulled north, but the big question is whether that happens 50 or 100 miles off the Florida coast, along the Florida coast, or inland. Here’s the official track forecast as of 4pm CT—they’re basically splitting the difference. 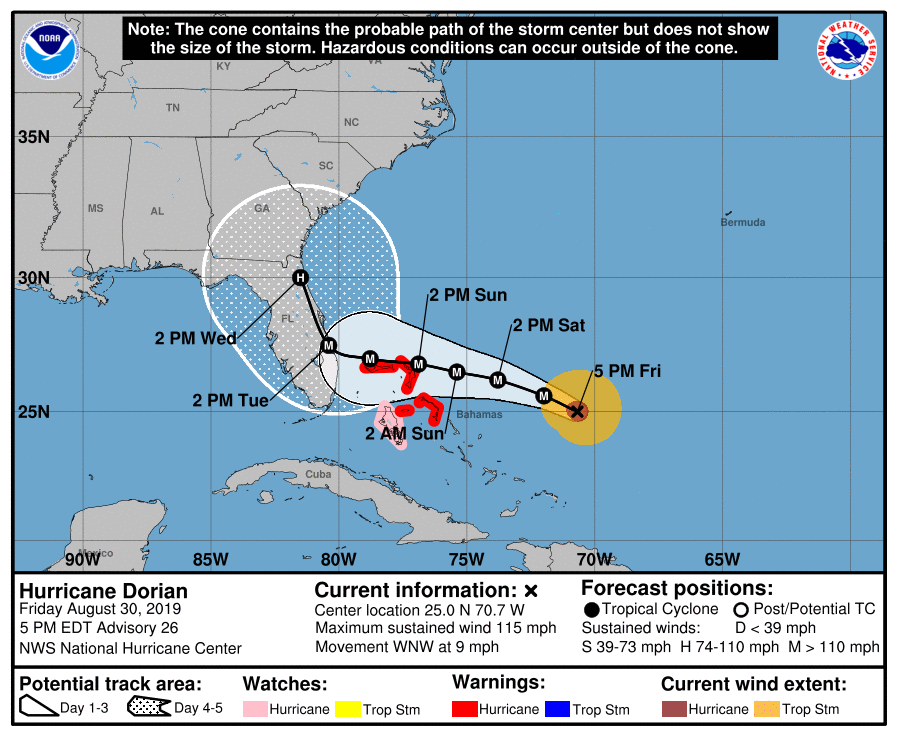 That is a very large cone of uncertainty. (National Hurricane Center)

This afternoon’s ensemble output from the European model suggests that, more likely than not, Dorian’s center will remain off the Florida coast. But we will want to see this model trend continue for another 12- to 24-hours before having too much confidence in such an outcome. Nevertheless, what we are seeing now is a good trend. 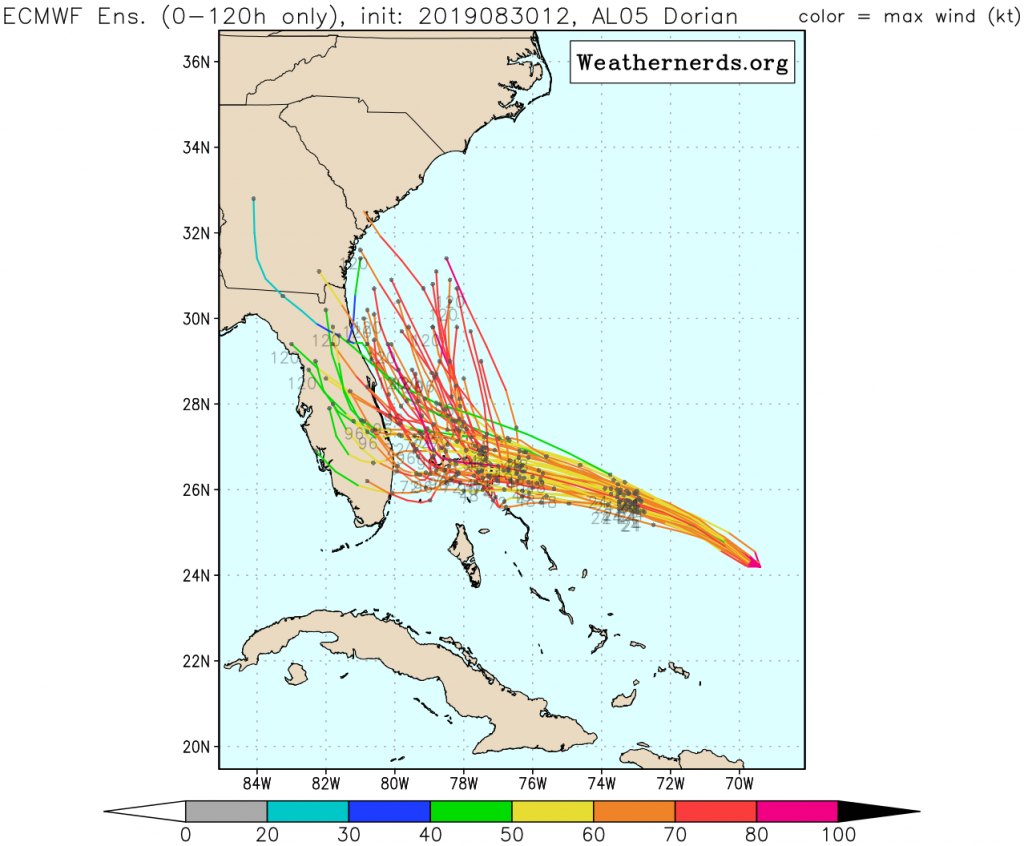 More than two-thirds of the ensemble members of the European forecast model now keep the center of Dorian offshore. (Weathernerds.org)

In terms of impacts, obviously it’s much better if the storm stays offshore. But unfortunately, given all of the uncertainty, most of the Florida peninsula, as well as Georgia and the Carolinas need to be prepared for the possibility of high winds and heavy rainfall early next week. Hopefully as the track gets better defined, we’ll be able to clear some areas of significant threats.