We’ve had a lot of requests from out-of-state readers to continue providing our perspective on Hurricane Dorian—which threatens to make landfall in Florida as a major hurricane in three or four days time. To be clear, there is absolutely no threat to Houston or Texas.

As of 4pm CT on Thursday, Dorian had maximum sustained winds of 85mph, but based upon its satellite appearance it appears likely to undergo a bout of intensification soon. It will likely become a major hurricane within 24 hour, and then should experience more or less favorable atmospheric conditions for further intensification for several days as it passes north of the Bahamas and turns west toward Florida.

In looking at this afternoon’s weather model data, what is particular striking to me is the high degree of uncertainty about where Dorian is going to go by Sunday or Monday. There is, in fact, no guarantee it will even hit Florida. There is a non-zero chance it goes south of Miami, or turns north before reaching the Florida peninsula. A little while ago, I wrote a story for Ars Technica about this uncertainty, which is highlighted in this afternoon’s ensemble output from the European forecast model: 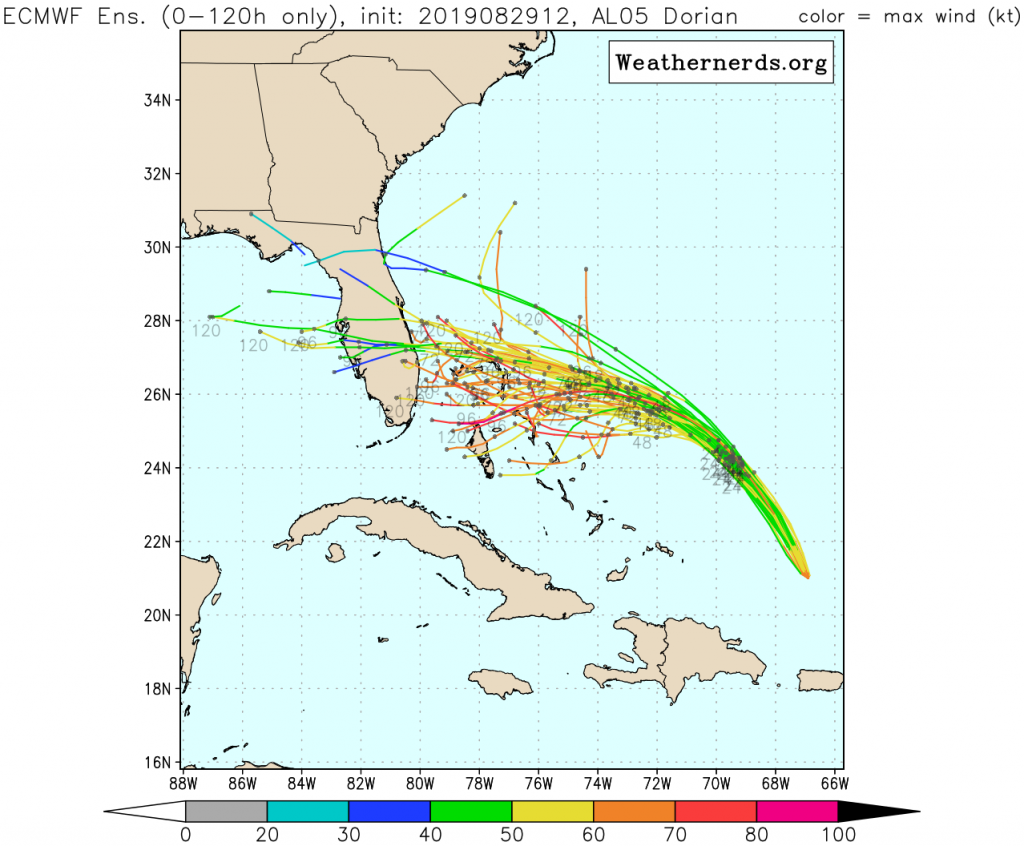 If you click the image above to enlarge it, the following explanation will probably be more clear. In any case, this plot shows the track of Dorian out to 120 hours, so that means its position as of Tuesday at 7am CT. Notice that there is a remarkable variance in the location of the “center” of Dorian in these roughly four dozen ensemble members. Yes, a reasonable amount of the ensemble members bring Dorian to the coast between Sunday and Tuesday, but some are far, far away. In some scenarios, Dorian turns north before even reaching Florida. This is reflective of the fact that steering currents for the storm are likely to become extremely weak by Saturday or so.

The 4pm CT Thursday track forecast from the National Hurricane Center captures this ambiguity. It encompasses the entire Florida peninsula within the five-day cone of uncertainty. 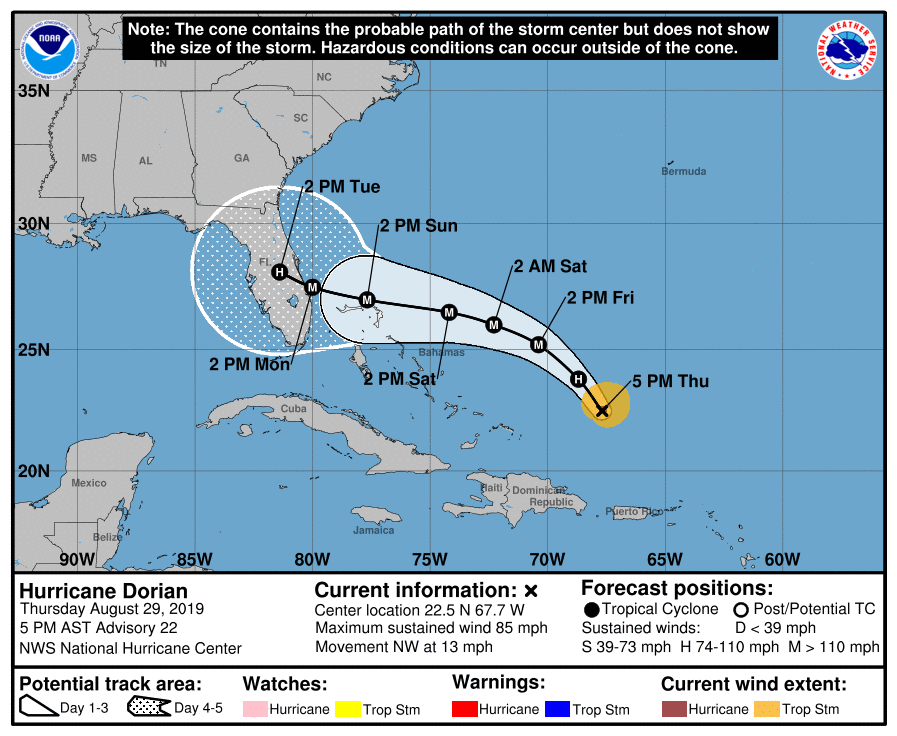 This is singularly unhelpful to the residents of the Sunshine State, who are staring down at the possibility of a major hurricane making landfall somewhere along the peninsula in three to four days. The time for preparations and evacuations is now, but it is hard to offer much in the way of specificity about where the worst storm surge, damaging winds, and inland rainfall will occur. Certainly a slow-moving storm will make the latter variable, rainfall, worse.

Matt and I will continue coverage of the storm through the Labor Day Weekend.