Good morning. We are interrupting what is going to be a gorgeous Saturday in Houston with a brief tropical update due to popular demand. Several of you—dozens, even—have written to ask about the low pressure system expected to enter the Gulf of Mexico over the next couple of days. The National Hurricane Center gives this system a 90 percent chance of becoming a tropical depression or storm, so we’re probably looking at Tropical Storm Zeta within a day or two. 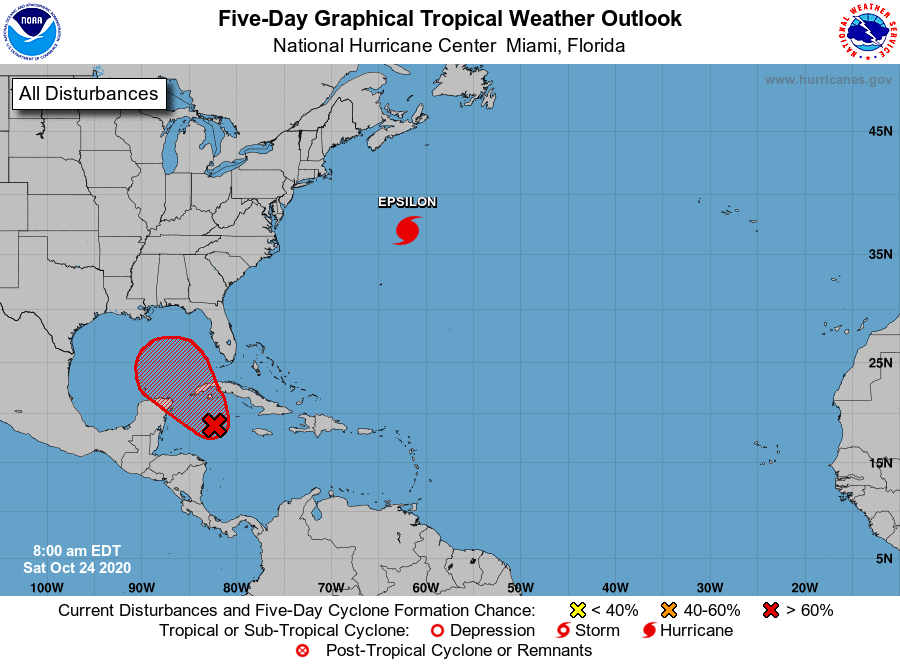 This system, dubbed Invest 95L for now, is likely to meander around the northwestern Caribbean Sea for a day or two before moving west-northwest into the Gulf of Mexico. By early next week the system is going to be moving almost directly toward Texas, which may seem fairly ominous. 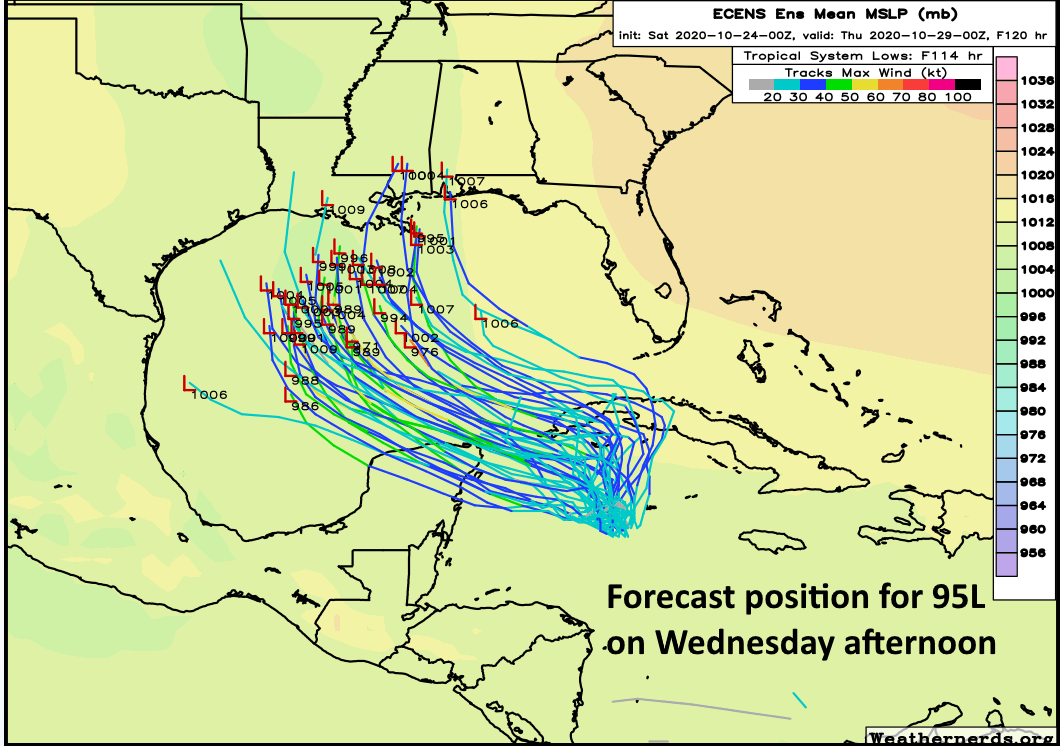 However, after this time a couple of things are expected to happen. One, a cold front is going to be moving down across Texas, and this stronger push should reach the Upper Texas coast by around late Wednesday or early Thursday. This will ultimately steer the storm north, and then northeast. Additionally, wind shear is forecast to increase over the northern Gulf of Mexico next week, which should weaken whatever develops.

In any case, it seems possible that a tropical storm could come ashore along the central or southeastern Louisiana coast, or further east, sometime next Wednesday or Thursday. It’s difficult to say too much more, too precisely, given that 95L remains fairly broad in appearance and lacks a distinct center. However, we can be confident this is not something Texas should lose much sleep over.

9 thoughts on “Yes, there’s a tropical system entering the Gulf—no, it’s not coming to Texas”