Good evening. The National Hurricane Center says a tropical depression has formed in the Gulf of Mexico, and this system may become Tropical Storm Wilfred in the next day or so. Before we get too deep into the forecast I just wanted to highlight a couple of changes from this morning’s post:

Alright, now let’s jump into the forecast. The 6pm CT “track” prediction from the hurricane center highlights some of our uncertainty when it comes to the depression. After the storm moves slowly north on Friday and Saturday it should run into high pressure building over Texas after the passage of a front. This is what will likely push the system westward, toward Texas. 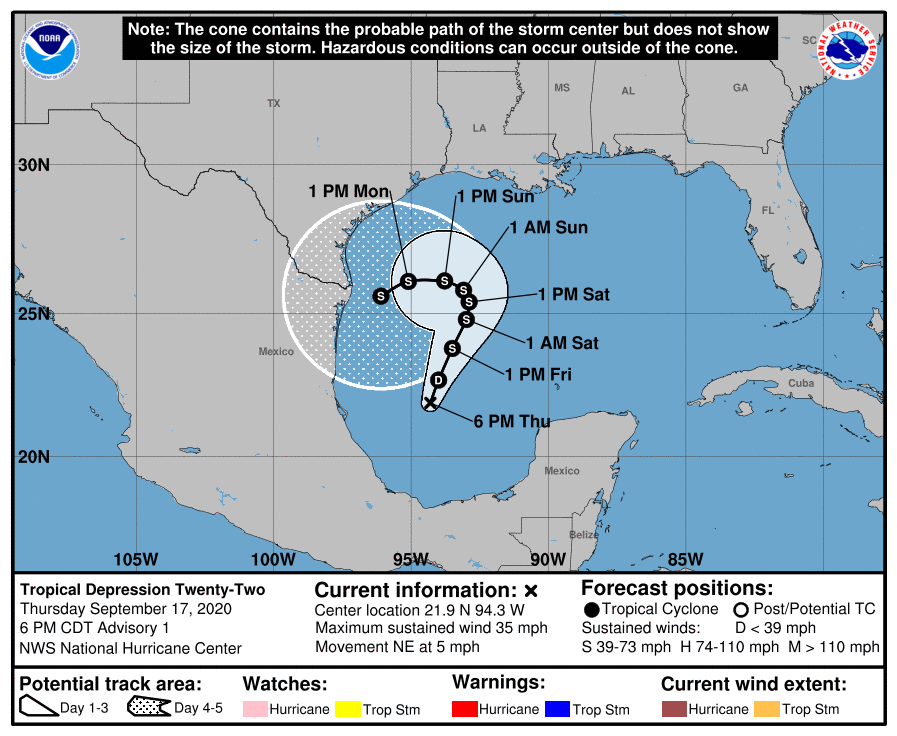 After Sunday we’re deep into the realm of speculation, as we’re not sure what will happen by Monday or so. The system could plow west or southwest into Southern Texas or Mexico (track “A”) in the map below. It could follow a track up the Texas coast (“B”). It may also essentially stop, and get pulled to the northeast, toward Louisiana, as the high retreats (“C”). We really do not know and anyone who says they do know right now is not being honest with you. Each of these tracks would have drastically different outcomes for Houston, which is why our overall confidence in next week’s weather is very low.

The National Hurricane Center anticipates the storm will gradually strengthen and come near hurricane strength by Sunday. While the Southern Gulf of Mexico is fairly warm—plenty so for strengthening—the storm will likely take on dry air from the north which will not help its organization. Moreover, a slow-moving system will churn up cooler water from deeper in the Gulf. Bottom line: While we’re always concerned about September storms intensifying in the Gulf, in this case we’re more concerned about the moisture from this system than winds. 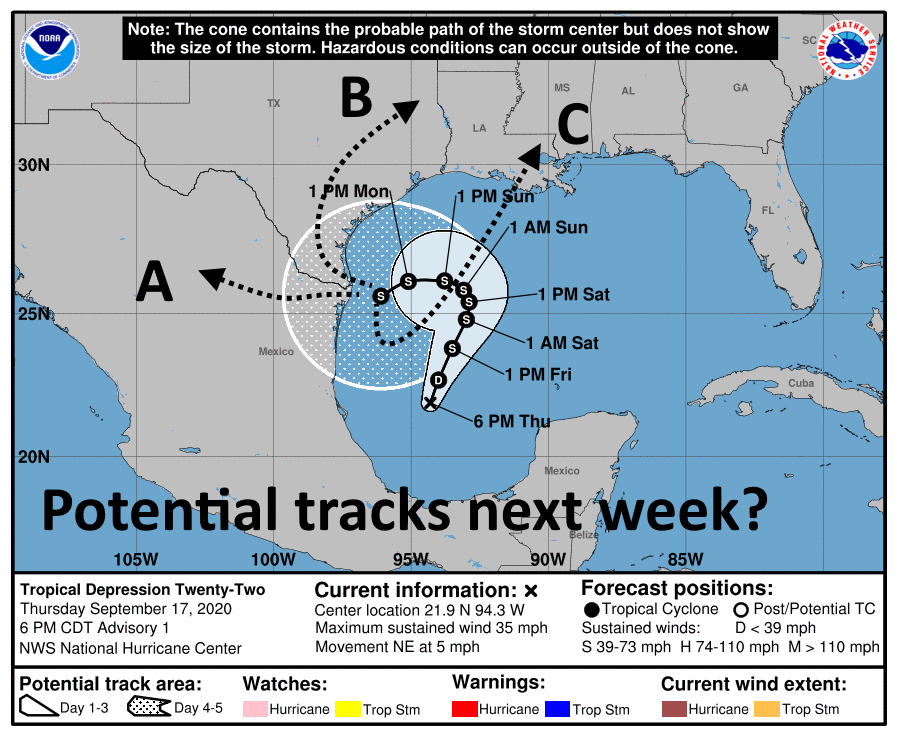 Any number of possibilities are open with the depression’s track next week. (National Hurricane Center)

As we’ve been saying, the depression has the potential to become a prodigious rainmaker over the next week for Texas and northern Mexico. We think the cold front and storm’s position will probably keep its heavy rainfall offshore through this weekend, but by Monday or so that may change. It is going to depend how close the storm’s center comes to Texas as most of the heavy rainfall should be near the center, and on the eastern half of its circulation.

Because of the track uncertainty, the entire Texas and Louisiana coasts need to be paying close attention to the potential for heavy rainfall next week. We don’t have to tell you about the potential for mischief from slow-moving tropical systems. But with that said, we are still very much in the wait-and-see mode with this system—the greatest likelihood is that the Houston area sees a few inches of rain next week, not a dozen or more. 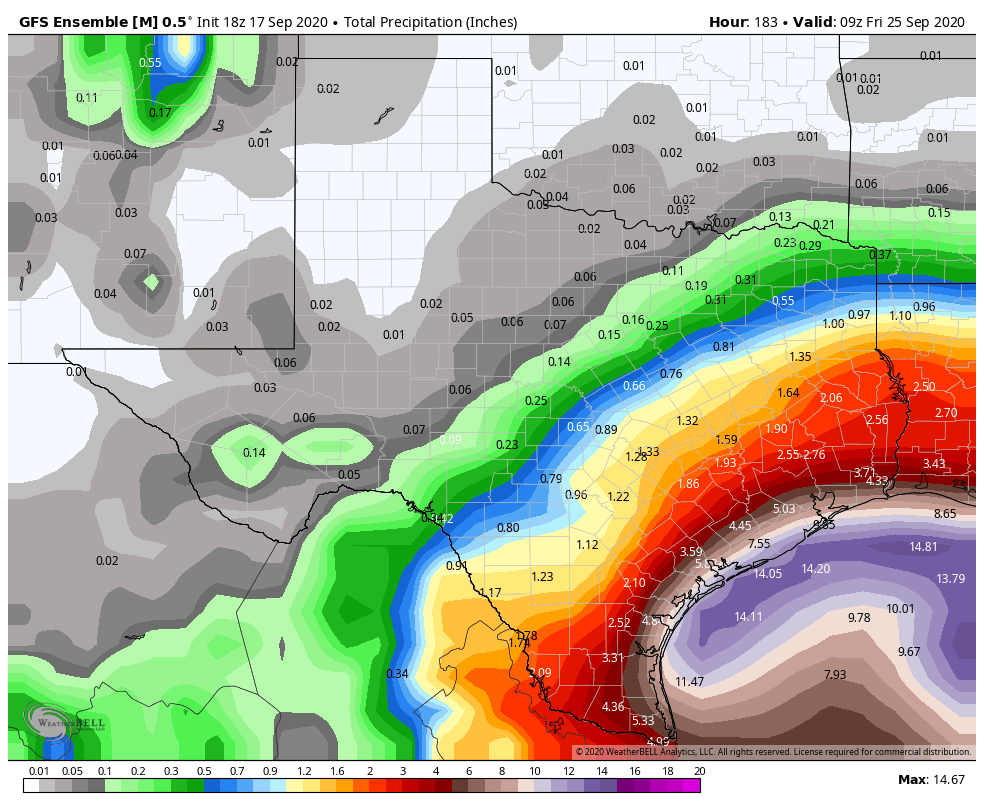 Given that this system is likely to exist for at least the next several days we also have concerns about high tides. Coastal tides are already running about 2 feet above normal, and by this weekend may reach 4 to 5 feet above normal, which will pose problems in low-lying areas along the Gulf of Mexico and Galveston Bay. This is our largest concern after the potential for heavy rainfall.

Matt will have our next update on Friday morning by 7:30am CT.

15 thoughts on “A tropical depression has formed in the Gulf, and Texas needs to pay attention”