The city of Alvin, located south of Houston in Brazoria County, has held the 24-hour rainfall record for the United States since 1979. Tropical Storm Claudette caused significant flooding in July of that year, especially over Alvin, where it dropped a record 42 inches of rainfall in a 24-hour period. However, it appears that recent torrential rainfall that affected the northern half of the Hawaiian island of Kauai was worse. According to preliminary data from a rain gauge near Hanalei, the island received 49.69 inches of rain during a 24-hour period that ended on April 15. (On a personal note, Hanalei is one of my favorite spots in the world. When my wife and I honeymooned there 15 years ago, the place was so beautiful we would later name our first born daughter Analei).

A National climate committee will now examine this data, in context with other sources, to determine the validity of this extreme rainfall record. I suspect it will stand. 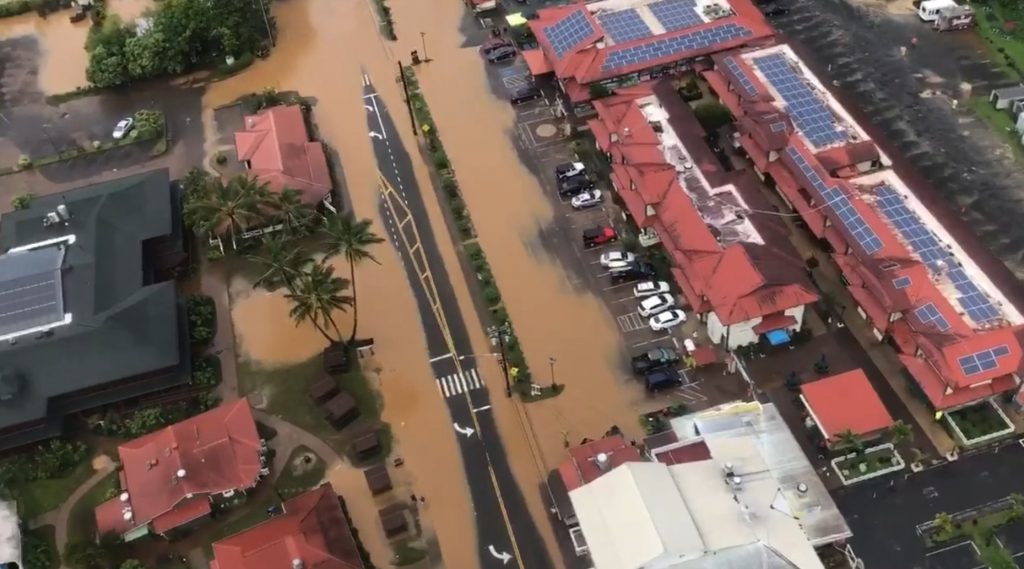 Now, let’s discuss Houston’s weather. Where the outlook remains very pleasant for the next several days.

A cold front moved through Houston on Wednesday night, and although the rain showers associated with it petered out before reaching most of the region, the front is as strong as advertised. Skies should clear this morning, and that will lead to two exceptional days to end the work week, with highs near 80 degrees, lows in the 50s for inland areas, and 60s closer to the coast.

Another great day, with lows starting out at about 55 to 60 degrees for most of Houston, with very light winds. Afternoon highs should be around 80 degrees under partly to mostly sunny skies.

Another nice pair of days, with a high of around 80 degrees and lots of sunshine—although we can expect to see humidity levels nudge up in the area as the onshore flow kicks in Sunday. Overnight lows will therefore be a few degrees warmer.

The forecast for next week is one of increasing rain chances starting on Tuesday, although it doesn’t look like there is a real possibility of heavy rain until Thursday or Friday. Clouds should displace the sun by Tuesday afternoon or Wednesday, with mostly cloudy skies for the rest of the week, and we can generally expect warmer and more humid weather. Our next chance for a front probably won’t come until Friday or so.