You know the late-summer heat is getting to me when I start to write rhyming headlines. But here’s the deal. It’s going to be pretty hot today, and then fairly warm again this weekend after a brief front. However, after we get through about next Monday, I think we’re pretty much done with any chance of hitting 90 degrees for the rest of 2019.

As noted above, today is going to be quite hot. The western half of the metro area has a strong chance of reaching 90 degrees—it’s all going to depend on how much sunshine can break through the clouds. But certainly it will be sticky today and this evening. The other story for today will be the approach of a cool front tonight, which should drive showers and thunderstorms after sunset Tuesday. It looks as though the best dynamics for any storms and heavier showers should be north of Houston—perhaps northwest of a line from The Woodlands and Brenham. However areas north of Interstate 10 probably have a good chance to pick up 0.25 to 1 inch of rain tonight, whereas areas closer to the coast probably will see a little bit less than this. 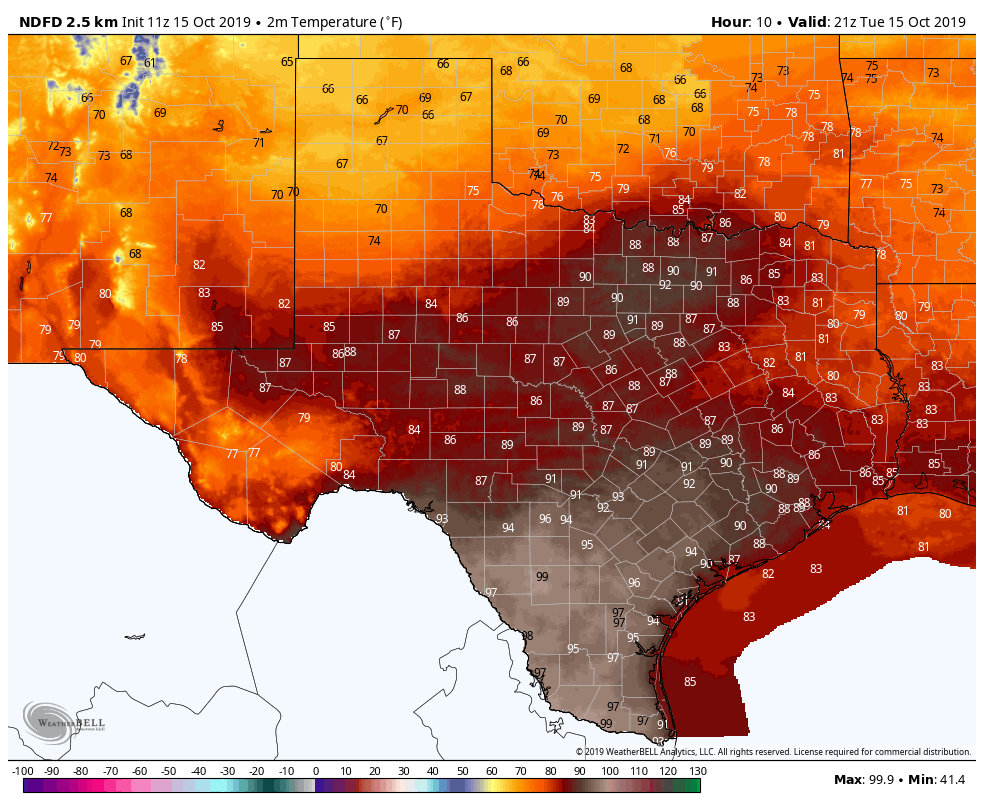 Some parts of the Valley could reach 100 degrees on Tuesday. (Weather Bell)

The front itself should push into the metro area after midnight, and off the coast by mid-morning or noon at the latest. Some light showers may linger in the wake of the front, but mostly this should be a cloudy day, with highs in the 70s and a cool northerly breeze. Lows Wednesday night should drop down to around 60 degrees.

This should be another cloudy day, albeit with the possibility of some partial clearing during the afternoon. High temperatures will work their way into the mid-70s. Low temperatures on Thursday night should be a few degrees warmer as the cool front washes away.

As the influence of the front wanes, temperatures will rise, but perhaps only to about 80 degrees due to the influence of partly cloudy skies. We can’t rule out some modest rain chances, perhaps about 20 percent.

The weekend will be warm, and likely mostly sunny. Expect high temperatures in the mid- to upper-80s, and we can’t rule out the possibility of some 90s on the west side of Houston. Rain chances aren’t zero, but the best moisture this weekend should remain just offshore, so any showers that do pop up will be short-lived. I’m not ready to lock in the forecast 100 percent, but it does seem like this may be the last really warm-to-hot weekend for beach and pool activities in Houston this year.

Monday looks hot as well, before a cool front arrives Monday night or Tuesday to bring some lasting relief from the heat. I expect most of next week to see daytime highs in the 70s. It should bring us our first extended taste of fall-like weather. 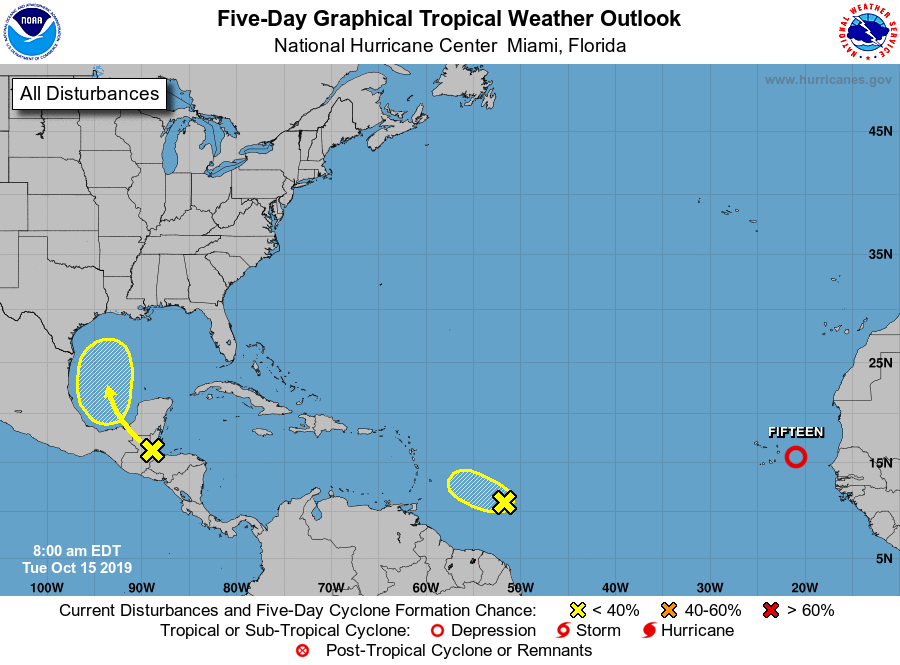 Some keen observers will no doubt notice that the National Hurricane Center is tracking a tropical system that is expected to move across the Yucatan Peninsula and into the Southern Gulf of Mexico later on Wednesday and Thursday. If this were August or September, I’d definitely be concerned. But since we’re in mid-October, the upper-air pattern should eventually drag this system toward Louisiana or points eastward.

20 thoughts on “Have no sorrow—hot today, but cool tomorrow”