This is a pretty easy forecast for the region, and as there’s not much to say, we’re not going to say much. The prevailing pattern remains the same, with a ridge of high pressure anchored generally over the four corners region. For the next five or six days, this overall pattern does not change, with the ridge likely slowly moving north, and then a bit west. Houston lies on the eastern edge of this high, but we’ll feel enough of its influence to preclude all but isolated to scattered showers. In short, we’re going to see typical August weather for awhile. 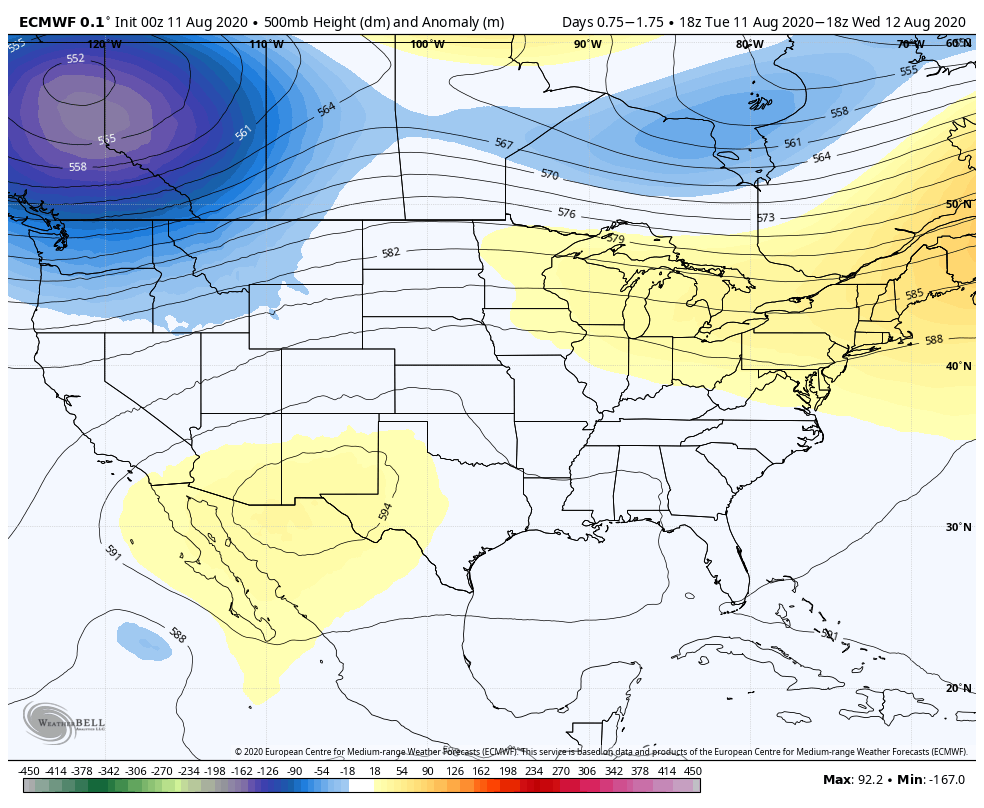 Today will be mostly sunny, with highs in the low 90s near the coast, and upper 90s for inland areas. If you’re far enough west or north of Houston, highs may flirt with the 100s. Winds will remain very light, at about 5mph out of the south, providing no relief during the afternoon. Rain chances will be slight, at 10 to 20 percent for the region. Overnight lows will be warm and humid.

More of the same.

The overall pattern does not change much, but as atmospheric moisture levels rise a bit, we may see slightly better rain chances in the mix. Forecast models also indicate this is when temperatures may reach their warmest—with the potential for 100-degree weather creeping southward into the Houston metro area—so expect plenty of heat and humidity to go along with any scattered showers. 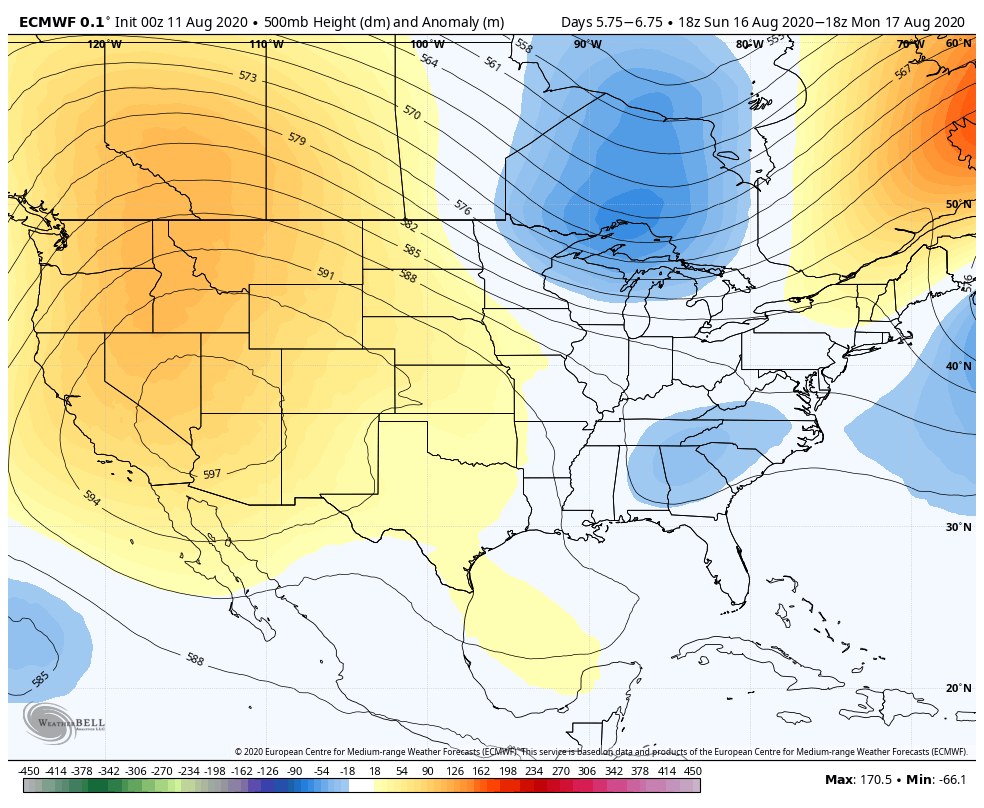 By Sunday the high has moved to Arizona, Utah, and Nevada. (Weather Bell)

By next week the high should continue to move west, and this may open the door to a more disturbed atmosphere with better rain chances. This probably will begin around Tuesday or so, but we’re not making any guarantees.

4 thoughts on “High pressure to our west? For Houston, a humidity fest.”