Happy Halloween! Before jumping into the forecast let’s take a look at what a trick of a month this has been for Houston and much of the southern United States. The following graphic shows the ranking of the average temperature this October compared to more than 100 years of temperature records for this month. Hint: It was warm. 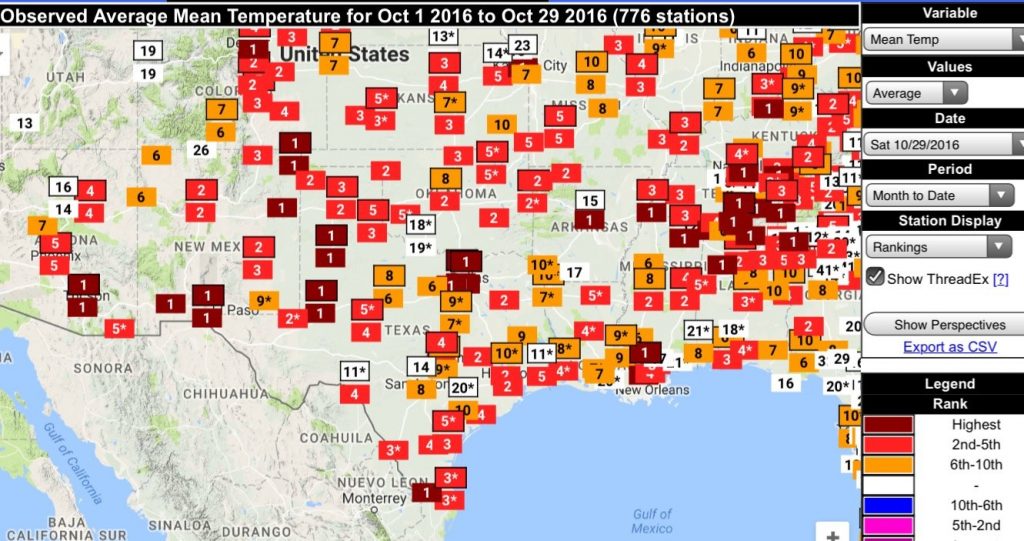 The Houston area has had some sites with the second warmest temperatures, but Dallas, Lubbock, Brownsville, and many other sites are on pace for their warmest Octobers on record. It looks like we’ll have one more warm-ish week before the pattern really does change for good into more fall-like weather.

Houston is under a dense fog advisory until about 10 am CT. With high pressure overhead, today will be another warm, mostly sunny day with high temperatures in the mid- to upper-80s, and overnight lows falling only to around 70 degrees. It won’t be chilly this evening during trick-or-treating, but it won’t be particularly unpleasant, either. Rain chances will be near zero.

As high pressure moves off moisture levels will increase over Houston. This will accomplish several things—we’ll see more clouds, which should limit high temperatures to the low 80s, and after an extremely dry October we might see some rain showers to start off November. 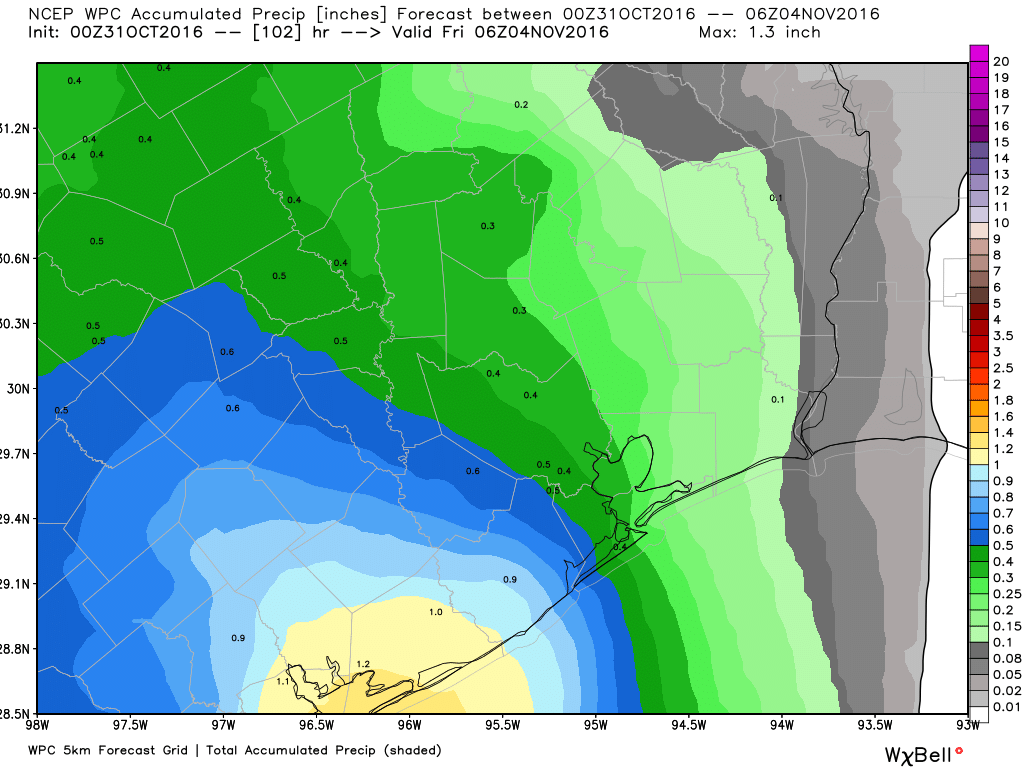 The rain accumulation forecast for this week shows the best chances southwest of Houston. (Weather Bell)

These likely will be the kinds of rains where a few areas of Houston see very heavy, brief rains, but much of the rest of the city sees leaden skies, or lighter showers. If you’re desperate for rain, it looks increasingly likely Houston could see significant, widespread showers in about seven or eight days time.

A weak front should push through Houston later on Thursday, which should set up for a pleasant enough weekend. The timing is still somewhat uncertain, but it looks like we’ll see highs of around 80 degrees, lows of around 60, with partly cloudy skies. Further details will have to wait.

As mentioned, it appears as though some heavier rain will move in early next week, and beyond that the forecast models are indicating a more sustained period of highs in the 70s and lows in the 50s.

Posted by Eric at 6:50am CT on Monday

4 thoughts on “After near record warmth in October, a pattern change lies ahead”