Just wanted to provide an update on conditions for Tuesday, especially because it now appears as though any freezing precipitation may move into the city a little earlier than expected. I know there are a lot of people and organizations out there looking to make decisions, so as of about 12:30pm CT on Monday, here’s what we know: A cold front is still on track to move through Houston between midnight and sunrise on Tuesday. The key questions are how cold it will get, how soon, and the timing of the precipitation. Here’s a look at what may happen at certain times.

In the map below we see a mix of sleet and freezing rainfall moving from the northwest into the Houston metro area. This forecast from the GFS model shows accumulations for the 6-hour period from midnight to 6am, and they are slight. However when it comes to freezing rain (shown in pink) it doesn’t take much to cause problems on roadways, especially bridges and roadways. 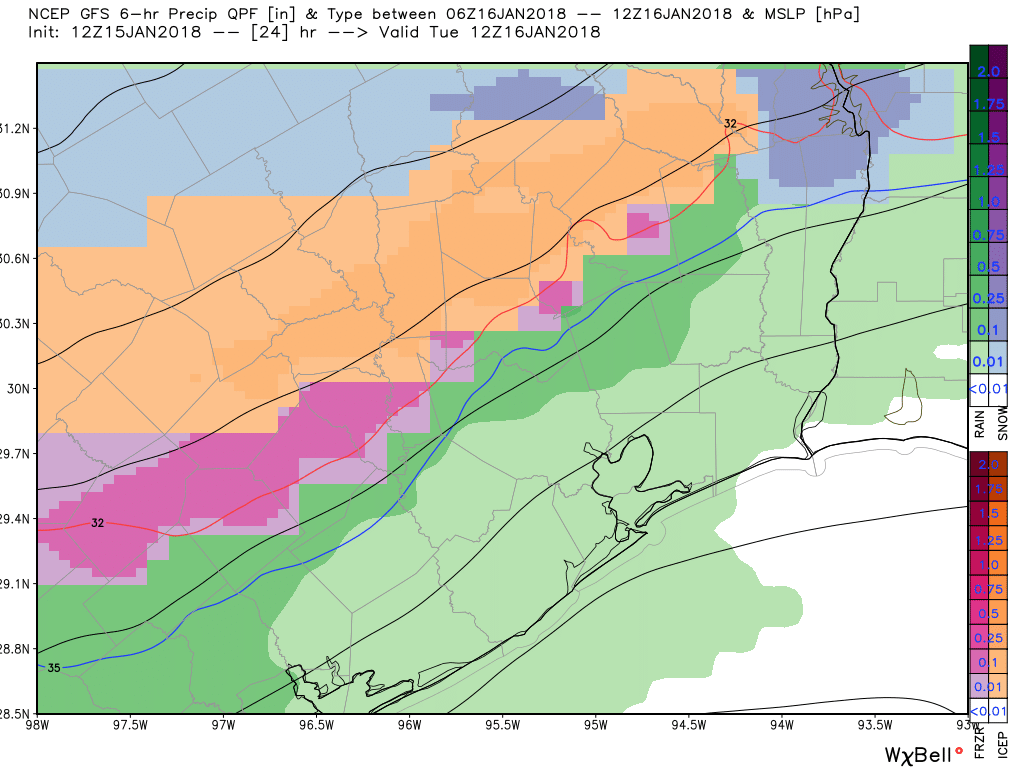 This forecast map shows sleet (and some freezing rain) moving into Harris County by or before noon, suggesting there may be some concerns on area roadways during the morning hours. Please bear in mind these forecast maps are only approximations. Indeed, instead of sleet or just freezing rain, most areas are likely to see a “wintry mix.” The bottom line is, while there may be some problems on Houston roadways during the morning hours, it’s not possible to say whether these are going to be “oh look, a little sleet is falling”-type problems, or “610 is an ice-rink”-type problems. For now, I’d lean toward the former, with this being a minor nuisance event. But this is just an informed guess rather than confident prediction. 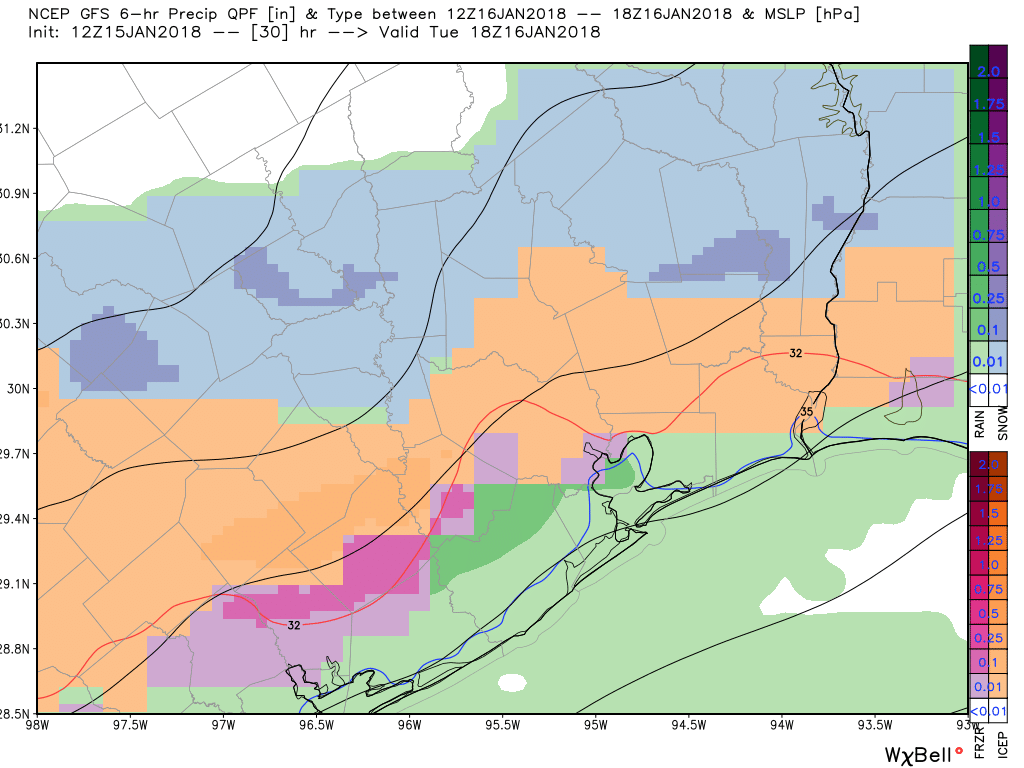 Drier air will follow the front into Houston, and at some point during the afternoon or very early evening hours we can expect the precipitation to end. However before that happens the freezing line will continue to progress toward the coast, likely reaching it during the afternoon hours. Here’s the forecast map for accumulations from noon to 6pm on Tuesday. 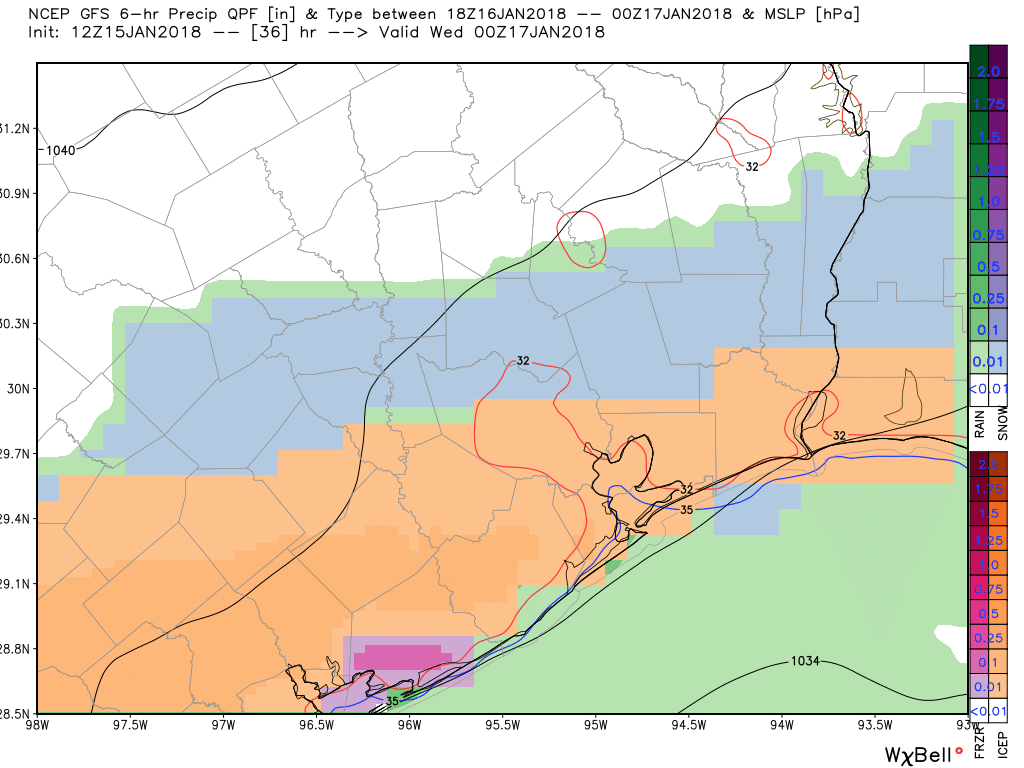 While Wednesday will certainly be cold, roadways should be fine.