Friday, 7:30am CT—As widespread recovery efforts continue across the Houston area, we expect Mother Nature to aid the region in its recovery over the next several days. Amidst the terrible storm, one thing we failed to notice that fall is right around the corner. Well, it’s basically here!

Nice, mostly sunny days, with highs of around 90 degrees. The chance of rain is near zero, and nighttimes should continue to be pleasantly cool—lower 70s—for this time of year.

As some moisture returns into Houston from the Gulf of Mexico, we should see an increase in clouds, from a few scattered clouds on Sunday to partly to mostly cloudy skies on Labor Day. This will bring some decent rain chances to the area, especially on Labor Day and Tuesday. But at this time we remain pretty confident that we’ll be measuring accumulations in tenths of an inch rather an inches themselves. Clouds should keep highs in the upper 80s. 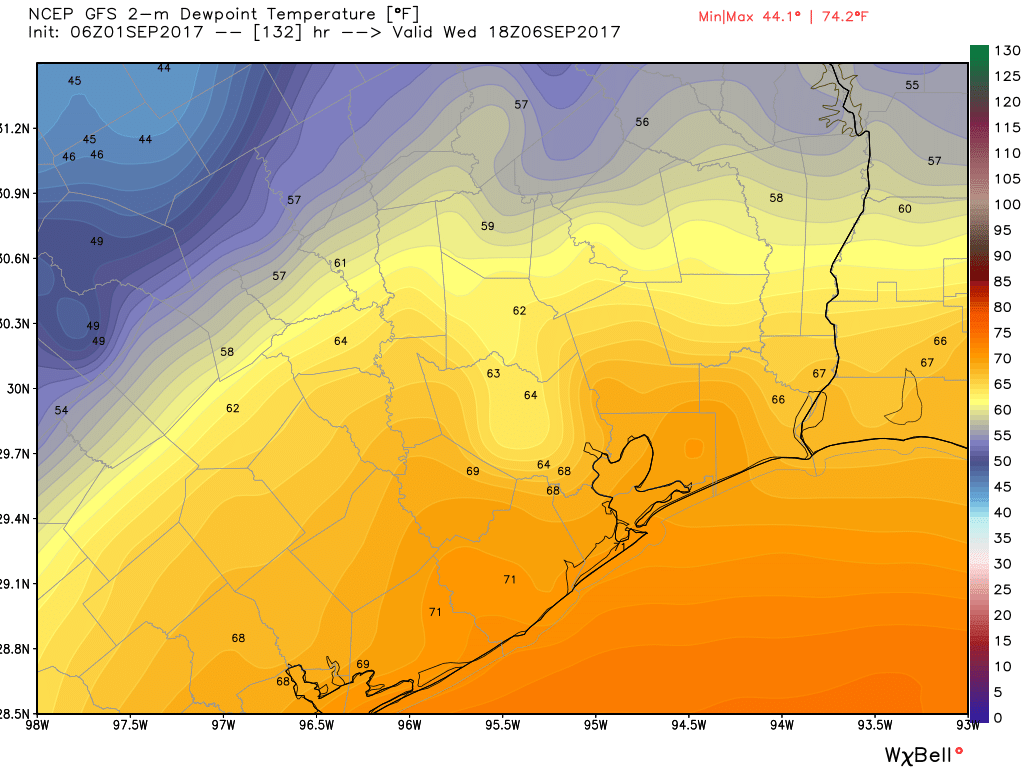 Dewpoint map for next Wednesday, at noon, shows the GFS model forecast for the cold front location as it moves southeast. (Weather Bell)

We’re still thinking a cold front is likely to arrive in Houston by Wednesday or Thursday of next week, and oh my, we could see some really nice and dry weather through the end of next weekend. Think: Highs in the lower 80s and lows in the 60s—and perhaps even upper 50s for areas well inland. Something to look forward to.

Everyone here is understandably edgy about the tropics, and we get that. We’re closely watching what’s going out there too. But we’ve been telling you not to worry about that tropical blob in the southern Gulf of Mexico (which has since disappeared from the National Hurricane Center’s five-day outlook), and we continue to not be overly concerned about Hurricane Irma (with 115 mph winds, now) and its potential to hit Texas. 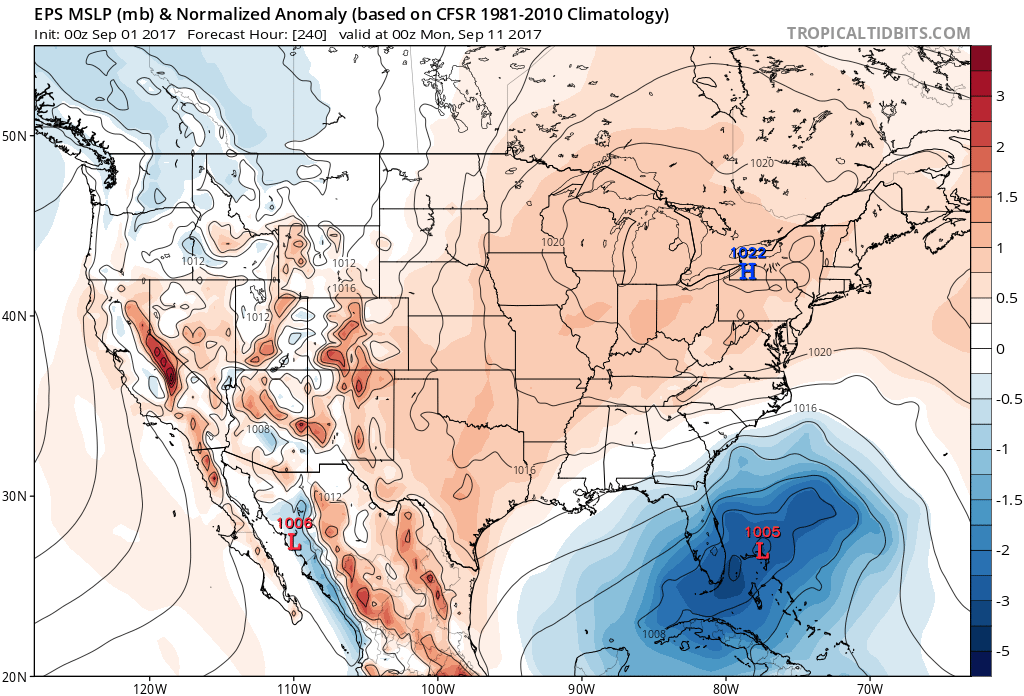 The storm remains more than a week away from reaching near Florida, and were it to (seems quite unlikely at this time) track into the Gulf it is more than 10 days out. Bottom line: Irma will become a potent major hurricane as it crosses the Atlantic, and will produce some major impacts if it strikes Florida or the US East coast. While we cannot rule out a more westward movement into the Gulf of Mexico, it’s not something we expect right now. Our hope is that Irma eventually re-curves before reaching the United States at all, but we just can’t say what will happen for now.

If you live in Houston, I wouldn’t waste much time worrying about a storm thousands of miles away. Focus on the here and now. Your friends, family, and community. Look forward to the first cold front. We sure are.

15 thoughts on “Mostly great weather in store for Houston”