Our wet, but not too wet, and cool, but not too cold pattern will continue for the foreseeable future in the Houston metro area. One thing we can guarantee is that while the Sun does exist, there will be little direct evidence of it over the next week. Clouds, and more clouds, will rule the skies.

We’ve seen some light to moderate showers in Montgomery County early this morning, but these should exit the region to the north shortly after sunrise. Scattered showers will be possible today, but accumulations should be slight. High temperatures will be warmer than in recent days, likely around 70 degrees, although any regions that do see short breaks could push into the mid-70s. For the most part, just another gray day.

The story heading into the weekend will be surging moisture levels along the Texas coast, and moving inland. For now, the most likely scenario is that these heavier showers remain well to the south of Houston, most likely in the Corpus Christi area, and staying well to the west of Houston. (The hard hit Austin region, where Lake Travis is nearing record levels, could well see more heavy rain this weekend.) 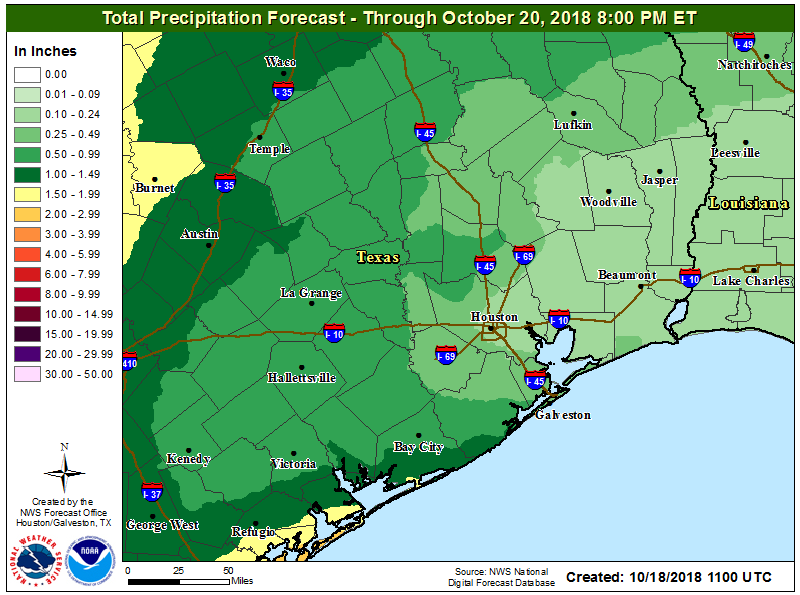 For Houston this means a healthy chance (probably around 50 percent) of showers on Friday and Saturday as this moisture moves inland and meets up with an oncoming cold front. For our city and surrounding areas, accumulations are likely to be measured in a few tenths of an inch, but we can’t rule out some heavier isolated storms.

Temperatures will depend on the timing of the front. Friday will be quite a bit warmer than we’ve seen in recent days, with highs pushing into the upper 70s for most of Houston. Saturday will be cooler—in the wake of the front. I expect most of Houston to see the mid-70s again Saturday before the front makes it. Rain chances should diminish in the wake of the front, so by Saturday afternoon and evening, the likelihood is that while it will be gray, it probably will no longer be rainy.

A drier day, both in terms of humidity as well as rain chances. In fact, we think it won’t rain, with highs only reaching about 70 degrees. Unfortunately, I think we’ll see partly to mostly cloudy skies. So a nice day, but after a gray week, probably not an overly sunny one. 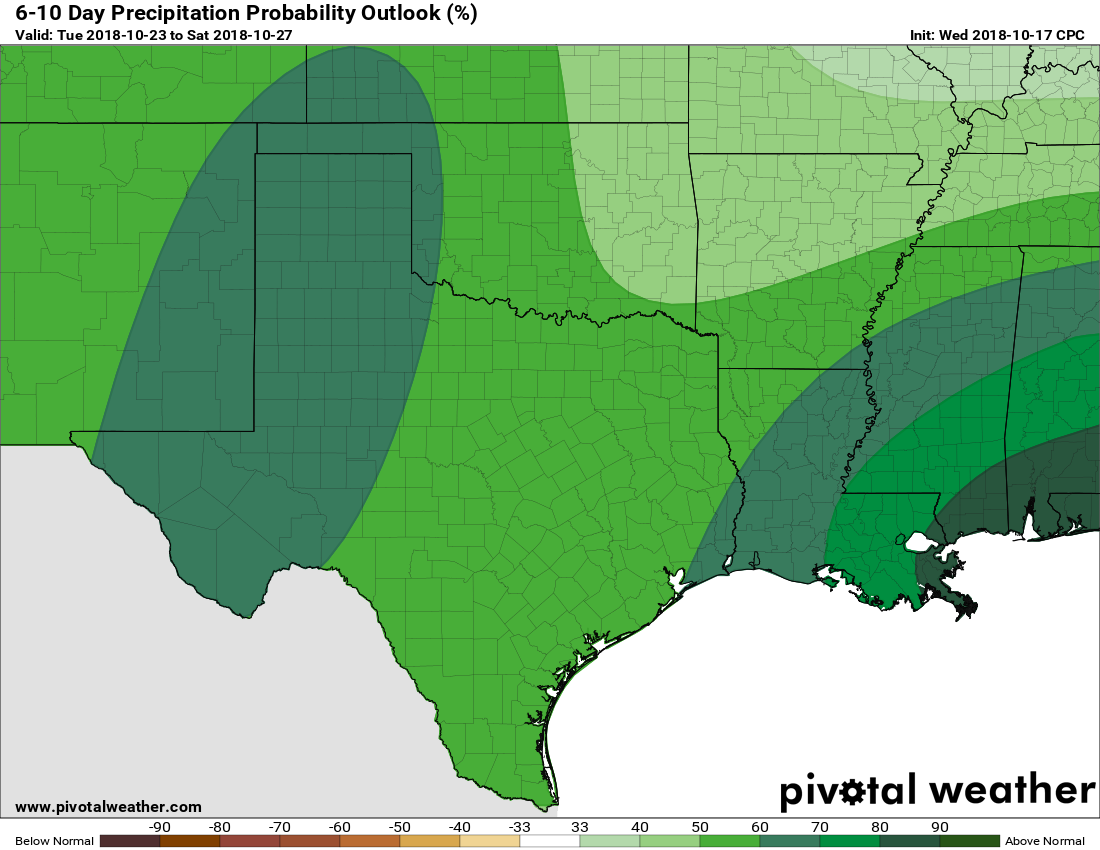 Texas is likely to remain in a wetter-than-normal pattern for most of next week. (NOAA/Pivotal Weather)

The forecast for next week is kind of a hot mess, with maybe some rain, or quite a bit of rain (as in a few inches), and no clear picture on whether another front moves through, or not. It’s such a mess that, because Matt is back tomorrow after a few weeks off, I’m just going to let him worry about it.

12 thoughts on “Oh Mr. Sun, Mister Golden Sun, please shine down on me”