We anticipated some rain, some hail, and damaging winds on Wednesday afternoon and evening in the Houston region, but we did not quite expect what we got. The primary damage came from strong wind gusts of 65mph or higher, which knocked down fences, and trees into power lines and structures. At one point more than 275,000 CenterPoint customers were without power. We expect one more shot of rain and storms today, although not quite as significant, before our weather calms down heading into the weekend.

Unfortunately the setup today is similar to Wednesday, in terms of the overall pattern, but should be less intense. We expect generally sedate—and rather pleasant, for late May—weather this morning. However daytime heating will help generate the threat of strong thunderstorms later today, with the threats of wind and hail. Rainfall accumulations should be less for most people, as should areal coverage. Hard to say where the biggest threat lies, but most of the models are suggesting it will be closer to the coast than far inland today. Highs will be in the upper 80s, with sunshine this morning before clouds develop later today. 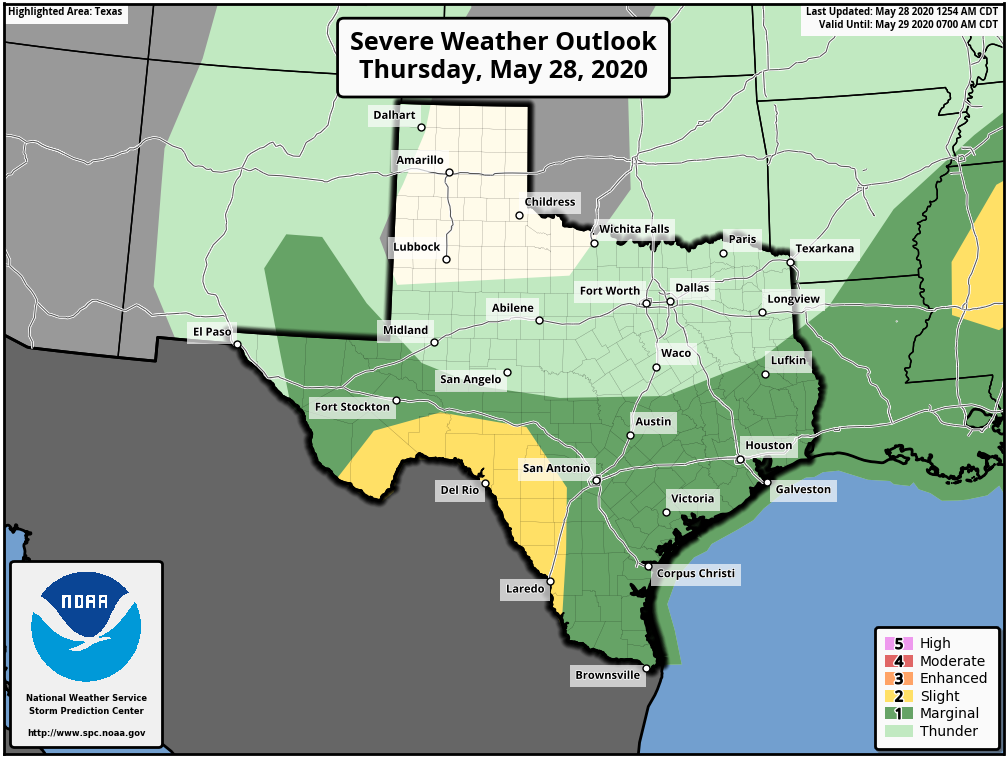 Severe weather is possible today, but the overall threat is lower. (NOAA)

A weak front should arrive sometime on Friday morning, bringing with it an end to rain chances. This will usher in something of a drier air mass heading into the weekend, and we should see clearing skies throughout the day. Highs will likely reach 90 degrees.

Overall a pleasant day with slightly drier air than normal allowing lows to drop into the upper 60s for inland areas, and low 70s for most everywhere else. Expect a lot of sunshine and highs of around 90 degrees. There may be some slight rain chances right along the coast, but for the most part we’ll be dry.

A similar day to Saturday, with near zero rain chances and highs in the low 90s.

As high pressure comes to dominate our weather next week expect to settle into a fairly familiar pattern with highs generally in the low- to mid-90s, with warmer nights and higher humidity levels. In short, the first week of June will feel … a lot like June usually feels. Rain chances will be non-existent until at least Wednesday or Thursday, and perhaps well beyond that. 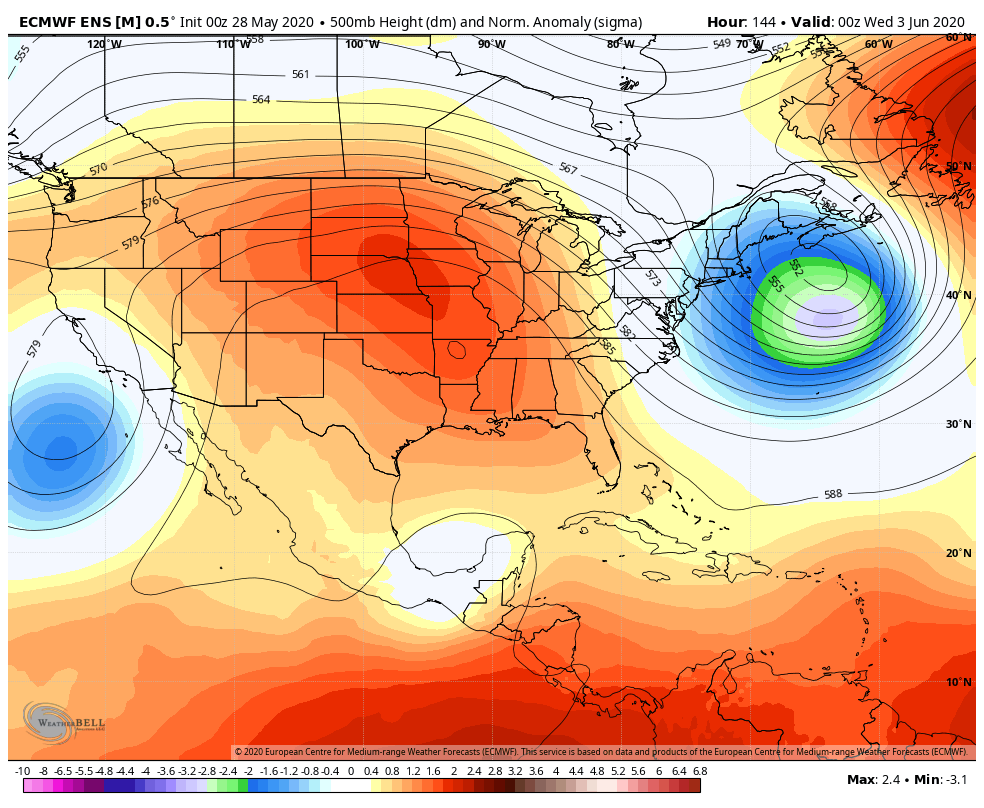 Houston will fall under a classic ridge of high pressure next week. (Weather Bell)

It’s all quiet now, but there continues to be hints in the models of some sort of development about 10 days or more from now in the Gulf of Mexico. A feature of circulating ocean currents, known as a tropical gyre, is presently developing in the Caribbean Sea and will likely bring a lot of rain to Central America next week. It is possible this feature eventually gets pulled north into the Gulf of Mexico and develops into some kind of tropical disturbance. There’s no indication it will be particularly strong (it is only June, after all), nor where it will go, should it develop at all. If you’re interested in the nerdy meteorological details about gyres, Philippe Papin does a good job with this kind of thing on Twitter. But our advice is not to worry about it at all right now.