Good afternoon. Just wanted to jump in with an update on storms anticipated for tonight. We’re wary. We’re watching. But we’re not overly worried—and we don’t think you should be either.

This front and associated strong squall line have received a lot of media attention this week, and we’re not entirely sure why. It may be because there really has not been any significant weather to hit Houston for three months or so. But if anything, the model trend today is toward a slightly less severe threat for greater Houston. It’s definitely prudent to be weather-aware tonight. And I wouldn’t be out and about when the squall line hits. But we will face worse threats later this year so let’s temper expectations.

The primary threats tonight are damaging straight-line winds (we may see some gusts above 60mph), potentially a few tornadoes, and possibly some hail. Here’s the timing for the worst of the weather, which should last an hour or less for most locations. 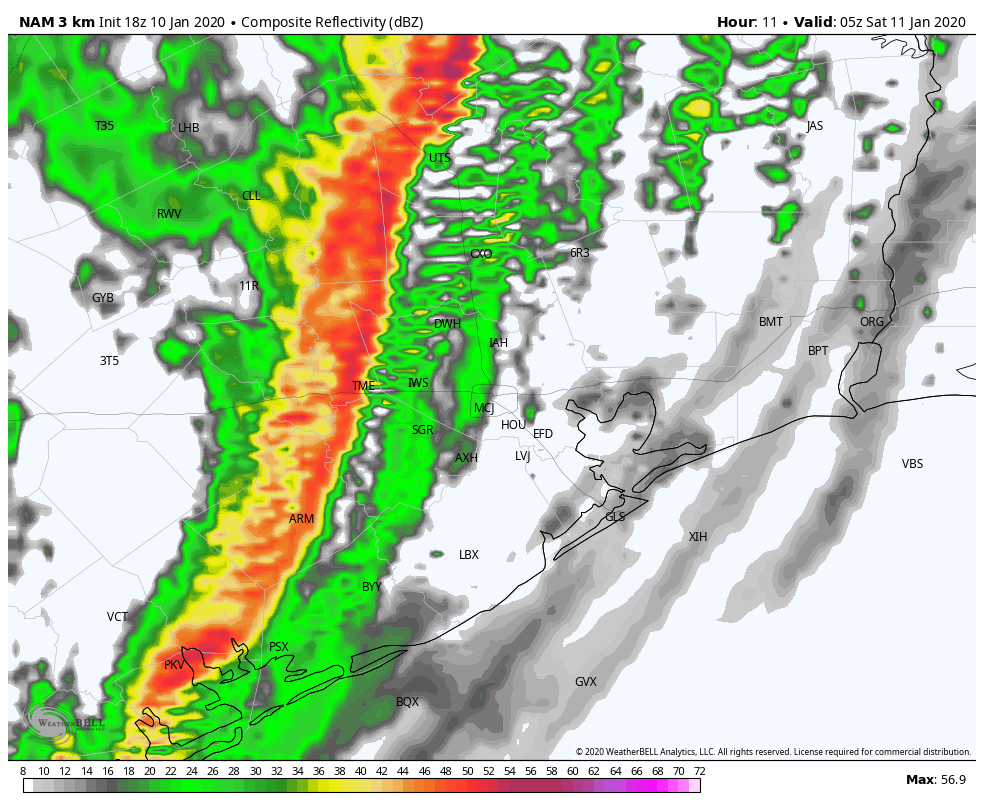 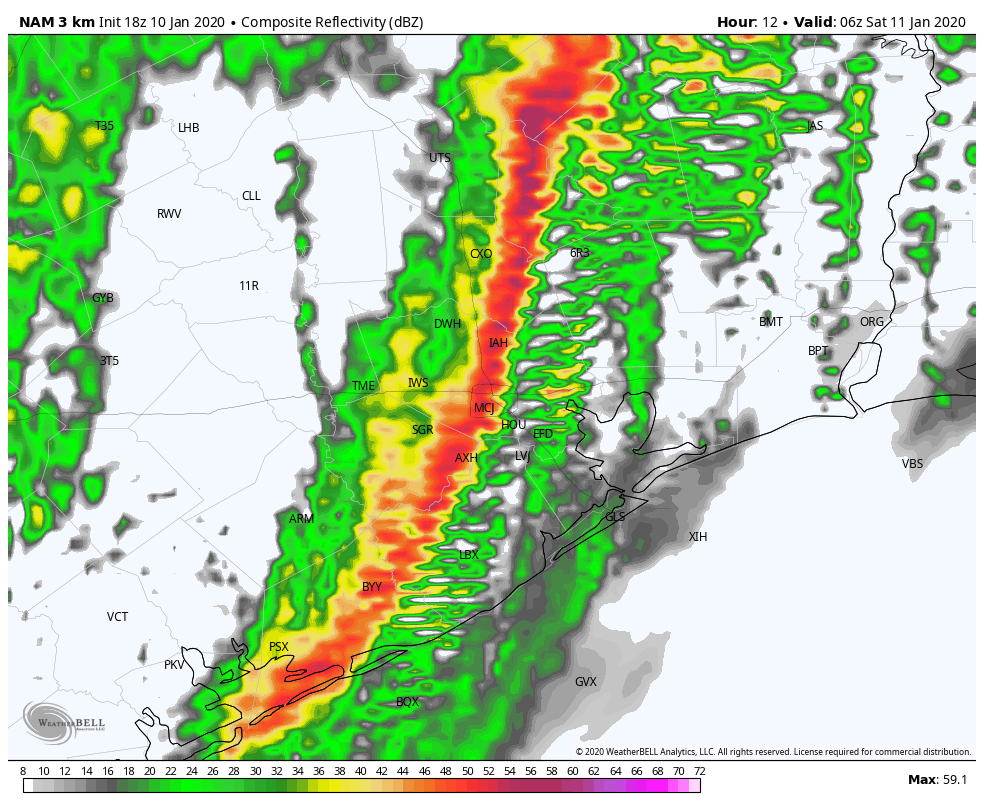 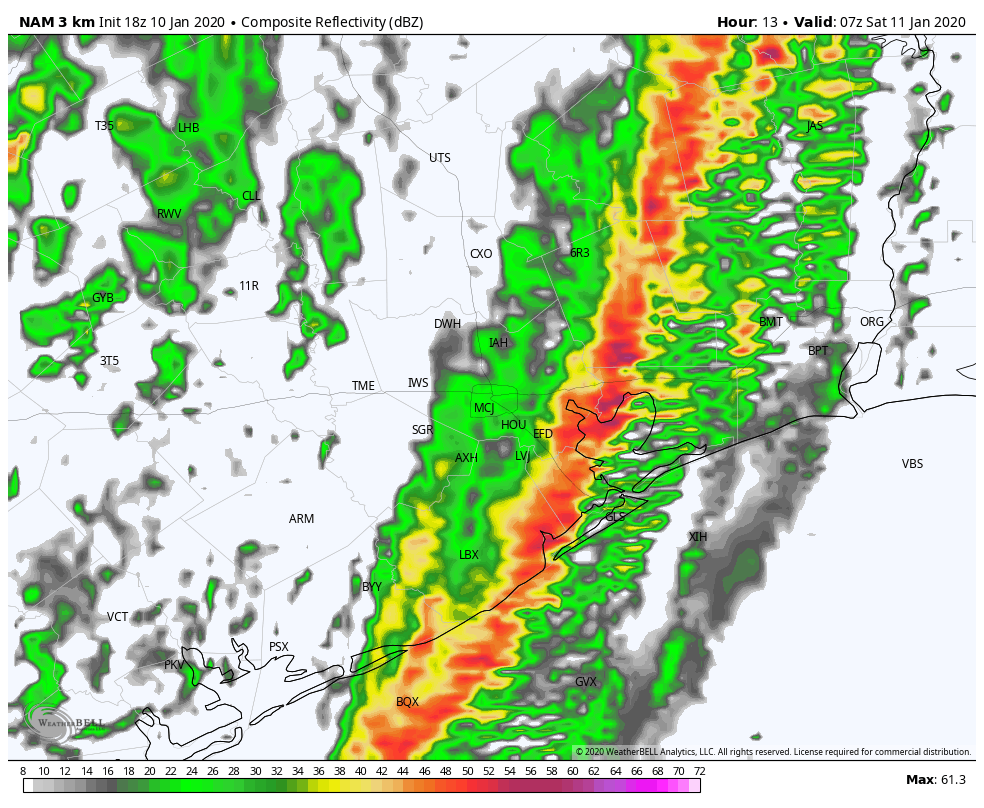 NAM model forecast for radar reflectivity at 1am. (Weather Bell)

Stay safe! Please know that if conditions come in worse than expected we will be here to update as needed. Other than that, do enjoy the beautiful weather this weekend after the front passes.